There is nothing quite like hearing an accordionist playing for the first time. Of course, every accordionist has his or her unique style; some prefer fast works by Scarlatti or Paganini to display their talents while other prefer lyrical works such as those by Rachmaninoff. Like most musical instruments, the accordion has also gone through highs and lows over the past few years. Not so long ago in the 50s, the accordion was at the height of its popularity in North America.

The accordion was so popular that if you were taking music lessons as a kid, the instrument of choice would probably have been an accordion. When rock and roll started to attract a huge audience, the accordion took a back seat and by the time the Beatles has taken over the world domination, the guitar had become supreme. Meanwhile, famous accordion players such as Laurence Welk and his eponymous show, The Lawrence Welk Show that aired from 1951 to 1982, were doing everything that they could to popularize the accordion again.

10 Famous Accordion Players You Should Know

Lawrence Welk was an idol for anyone that was raised during the 30s and 40s. His iconic show, the Lawrence Welk Show was a regular feature on TV; it would air every Saturday night from 1955 up until it ended in 1982.

Also known as the creator and King of “Champagne Music”, Welk was a great accordionist that released several successful singles such as Colorado Sunset, “Cleanin’ My Rifle (And Dreamin’ Of You)”, “Cinco Robles” The Beat Goes On, and more. His music and his TV syndication deal that allowed him to remain on the air for another 11 years made Welk one of the wealthiest accordionists in America.

When people mention great accordionists of the 20th century, Myron Floren is likely to be included in the list. Myron was singlehandedly responsible for making the accordion cool, owing to his role as a principal accordion player in the Lawrence Welk Show. A consummate musician, Floren was capable of playing an array of styles from polka to a Bach cantata with style and virtuosity that could not be rivaled.

Guido Deiro was an international recording accordion/piano superstar, teacher, and composer. Deiro was the first ever accordionist to be featured on the popular vaudeville shows which were the most popular form of American entertainment from the 1880s to the 1930s. Deiro performed the chromatic accordion through the Vaudeville shows all over the country, which introduced more people to the instrument which helped to make him even more famous.

Henry Doktorski III started playing the accordion at the age of 12 and he has grown to become one of the best concert accordionists in the world. He is highly regarded in the world classical accordion circles, which has allowed him to delight massive audiences with his refined and urbane musical interpretations. He has an extensive repertoire that ranges from Bach and Piazzolla to Cole Porter and Henry Mancini.

Pietro Deiro is remembered today as one of the most influential accordionists that ever lived. He was also brothers with Guido Deiro, who was equally a great accordionist in his own right. Throughout his life, Pietro was fully devoted to the development of the repertory for the accordion through his publishing house known as the Pietro Deiro Publications that enjoyed a massive catalog of approximately 10,000 works.

William Schimmel still performs to sold-out audiences today despite having remained in the music industry for years. Schimmel is a virtuoso accordionist, composer, and philosopher. He is mainly charged with the revival of the tango and the accordion. He was given the title of World’s greatest accordionist by the NPR or the National Public Radio. He has performed with almost every major symphonic orchestra that you can think of including the New York Philharmonic, the Minnesota Orchestra and Chicago Symphony, the Metropolitan and City Operas. In addition, he has also performed in practically every chamber music group that has a base in New York.

Charles Magnante was one of the most recognizable accordionists in music history. He started the Magnante Quartet which was known as the world’s first professional accordion chamber quartet. The quartet achieved great success but Charles will always be remembered for being the first accordion player to play the instrument for the first time ever in Carnegie Hall.

Pietro Frosini was one of the first remarkable Italian accordion masters in the United States. He was a great champion of the accordion, having learned how to play it when he was just six. He was so instrumental to the growth of the accordion movement that he was awarded by the American Accordionists Association for his Outstanding Ability, Service, and Accomplishment in the Accordion Field

Dick Contino appeared on the Sullivan Show a total of 38 times, which is a huge number for an accordionist. Dick’s energetic playing style gained him fame during the 1940s and for a time, he was also rich thanks to his performances, which would earn him as much as $4000 for a week of nightly performances.

Mogens Ellegaard leaving an outstanding and remarkable trace in the world of the accordion. He is viewed as being one of the first accordionists to recognize the need to create an original accordion repertoire. Ellegaard had a significant impact over the direction of the progress of the instrument particularly in the second half of the 20th century. 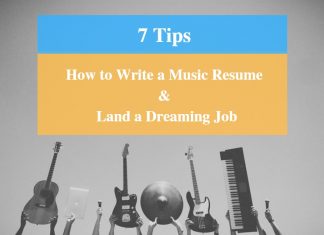 CMUSE - Oct 18, 2017
Experienced and budding musicians have a lot of job opportunities available to them. The challenge most musicians face is getting the attention of the...