Andrea Amati and Gasparo da Salòwas were the first well-known maker of both violins and violas in the early 16th century. The two instruments are close cousins. Violas have a deeper and mellower sound than the violin. Both the instruments are orchestral string instruments and they originated in Italy. Viola was called the ‘alto-tenor’ violin at first. The term ‘viola’ was given to any Western stringed instrument that was bowed.

Below are some of the main differences between the Violas and Violins.

Both the viola and the violin are made up of hardwood. They are both polished to perfection. The body of the viola is slightly larger than the violin.

One of the greatest differences between the violin and the viola is the clef. The viola is a mid-range alto-voiced instrument and is the only string instrument to use the Alto Clef for notation. Alto clef uses the C clef.
Violins are played in the Treble Clef. It is the highest ranged stringed instrument in the string family. Violins are known to be the “soprano” voice of the orchestra.

The viola is larger than the violin; you can figure that out if you place both the instrument’s side by side. The average length of a violin’s body is around fourteen inches, while the length of the viola’s body ranges from fifteen to eighteen inches. Violas are wider than the violin. Violins come in nine different sizes and violas come in four sizes. Most beginners use twelve-inch violas then move to the larger ones. Violas were larger in the 16th, 17th, and early 18th centuries. The reason for this is because the viola’s music was very simple.

The viola and the violin are both stringed instruments that use four strings to be played. However, electric violins and viola use six strings. The viola strings are tuned to C3, G3, D4, and A4 and violin strings are usually tuned to G3, D4, A4, and E5. Violas are tuned exactly one-fifth below the violins. This lower range usually attracts musicians and fans to the violas.

The viola can sound notes that are about four steps lower than the lowest note on the violin. This range of sound puts it between the range of the violins and the cellos. It is one of the main reasons that the Viola is used as a harmonic type of instruments rather than a solo type of instruments. Violins on the other hand mostly play the melody line in orchestral music. The violins can go up higher up in note ranges than violas. They have the E string which gives them the ability to play notes in the upper ranges. This very fact qualifies it for a more solo type of instrument.

The violas require a different technique to play which includes a different kind of fingering. It is because violas are slightly larger than the violins. They also have heavier strings and a heavier bow. Violins, on the other hand, are played with the left side of the jaw resting on the chin rest. The body of the violin is supported on the left shoulder. The right hand is used to pluck or bow the strings, and the left hand is used to produce the pitch by pressing the string. The techniques are important to generate great viola and violin music.

Violas sound deeper and mellower compared to the violin. It is due to the C string it possesses and the notes that can be played with it. They are the second highest pitched instrument in the string family. The viola has a slower sound than the violin. It is due to thicker strings. The notes on the G, D, and A strings are shared by both the violin and the viola. But, when these notes are played on the viola they sound different and carry a more somber tone than the violin.

Violas are used in symphonies and orchestras to give more harmonic and rhythmic elements. On the other hand, violins often carry the melodic and lyrical lines into the music. In an orchestra, there are usually more violins than violas. The orchestras have two sections of violins but only one section for violas.

Some classical and baroque pieces were written specifically for a solo viola. Violas play a significant role in chamber music; one example would be string quintets. These days few folk musicians and contemporary pop groups specifically compose parts for the viola. Violins are used in both classical and popular modern day music. Violins are an attractive instrument to musicians of various genres. They are usually used to play melody lines in a piece of music. The violin in some cases can be compared to the lead guitar. They are one of the most important instruments in indie music, jazz music, and pop music.

These unique elements of the violin and the viola can be used to identify them easily.
Some of the greatest viola compositions include Mozart’s Sinfonia Concertante, Beethoven’s Serenade, and Kegelstatt Trio. The violins are usually accompanied by symphonic horns, double basses, cellos, and violas.

Some of the famous examples of violists are William Primrose, Lillian Fuchs, Emanuel Vardi, Walter Trampler, and Lionel Tertis. There are countless talented violinists in classical and modern music. 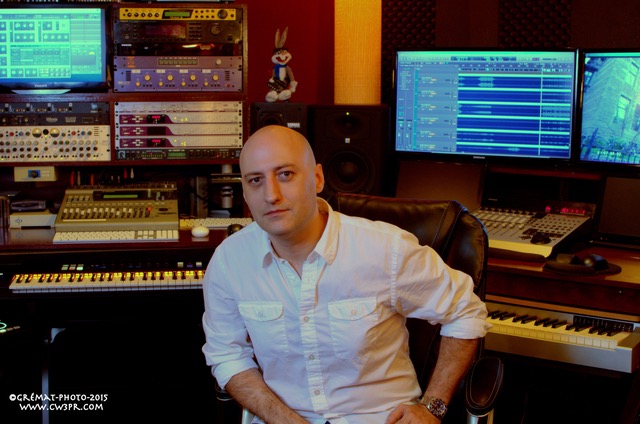 Jordan Smith - Nov 16, 2016
Film and television composer Mario Sevigny created the soundtrack for the drama series “The Art of More,” which tells the story of the dark...