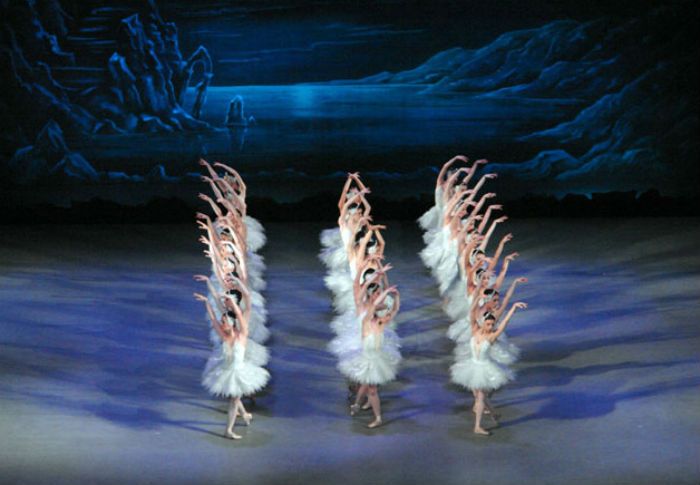 Before Tchaikovsky started composing ballet music, that genre mainly contained vapid stuff in Russia: usually it was little more than background music meant to display the dancers’ qualities. When Tchaikovsky started composing Swan Lake in 1875, however, he gave ballet a sense of symphonic construction. He was commissioned to write it by the Vladimir Begichev for the Moscow Imperial Theater in the spring of 1875, and the whole piece was created within one year: by April 1876, the ballet was complete. However, when it premiered on March 4th, 1877, the critics dismissed Tchaikovsky’s music as too noisy, too ‘Wagnerian‘ and too symphonic.” The immense popularity that Swan lake subsequently enjoyed was thanks to 1895 revival staged by French Choreographer Marius Petipa and Lev Ivanov.

The story is widely known: Prince Siegfried is idly entertaining himself with his tutor and friends while celebrating his birthday, when his mother urges him to find a bride at the ball the following evening. Distressed, he goes on a hunting spree with his friend and his tutor, and after trying to aim for a flock of swans, they come across an enchanted lake where, as night falls, one of the swans transforms into the Swan Queen Odette, who tells Siegfried that she and her companions are victims of a spell cast by Von Rothbart, and the spell can be broken by an oath of true love. At the ball the following evening, Siegfried is not impressed by the selection of princesses presented to him until von Rothbart arrives in disguise with Odile, his daughter, who happens to look just like Odette. She seduces him and he, completely deceived, decides to make her his wife. A vision of Odette appears and Siegfried realizes he has been deceived. He goes back to the lake, finds Odette and apologizes. Von Rothbart appears again and urges him to marry his daughter Odile, and, as a consequence, Odette will be a swan forever. The pair, however, choose to die together and, in doing so, they break the spell and, in an apotheosis, they are reunited in death— even though endings vary.

It had a Wagnerian touch

The “Wagnerian touch” is apparent throughout the whole scenario. In 1876 Tchaikovsky attended the premiere of the Ring Cycle—he did not like it— and both Swan Lake’s prince and the hero of the Tetralogy share the same name: there might be some musical borrowing from Lohengrin, which, by the way, features a knight riding a swan. In fact, the main Leitmotif of the Ballet, which we can refer to as “The Swan’s Theme;” bears a striking resemblance to Lohengrin’s warning to Elsa in Wagner’s opera, notes Thérèse Hurley in the Cambridge Companion to Ballet. What’s more, Swan Lake shares the idea of being freed from a curse from death with The Flying Dutchman.

Water Nymphs were on trend in the 1800s

Swan Lake was one of the derivative products of water nymph-themed fairy tale mania of the 19th century. The outline of the plot Swan Lake is based on “der geraubte Schleier” (The Stolen Veil), Johann Karl August Musäus’s version of a traditional German Folk Tale about enchanted doves. Alternatively, NYT Ballet Critic Alistair Macaulay maintains, Swan Lake derives from a French short novel by Friedrich de la Motte Fouqué titled Undine (1819) which is about a water nymph who strives to belong to the human race: she has a human lover whose love, however powerful it is, is flawed: A few years later, Pushkin’s Rusalka, (1832), Dvorak’s opera of the same title and Hans Christian Andersen’s The Little Mermaid (1837) explore the same theme. Tchaikovsky himself composed an opera titled “Undina” in 1869, which, however, was never performed and Tchaikovsky also decided to destroy the score. However, he used several of its musical themes for Swan Lake, in that he took the love duet from Undina and re-arranged it for the pas de deux in the second act, the solo voices now taken by cello and violin. This, however, is just one of the many interpretations.

The Russian ballet patriarch Fyodor Lopukhov has called Swan Lake a national ballet: the swans, he argued, originate from Russian lyrically romantic sources, and many of the choreographies of the corps de ballet bear a strong resemblance to Slavonic ring-dances.  “Both the plot of Swan Lake, the image of the Swan and the very idea of a faithful love are essentially Russian,” he said. What’s more, the Russian folktale “The White Duck” shares some plot elements in the ballet.

The Swan Theme is a full-fledged leitmotif with variations

The Swan Theme, although it is teased in the overture with that plaintive high F sharp,  is heard for the first time at the end of act I with the appearance of the swans at night while prince Siegfried is hunting. Tchaikovsky managed to render the mystery of magic of the lake by simulating its rippling waves with B minor arpeggios on the harp and tremolo of the strings, and, which serve as an introduction to the oboe’s solo plaintive tone.

What’s more, when the theme recurs again at the beginning of the second act, its tempo is accelerated, which makes the oboe sound as a cry for help. In act III, Siegfried is fooled into believing that the evil Odile is his beloved swan maiden, and Tchaikovsky renders Odile’s deception by making her dance to an oboe solo in F minor accompanied by harp, a combination that is normally associated to Odette and the “Swan Theme”. More specifically, when Odile enters, we hear a louder entry of the swan theme, this time in F, which is fast, loud and in a major key. When Odile completes her deception, Siegfried sees an image of the real Odette, and the Swan’s Theme returns in the key of C, even though eventually, the theme becomes tonally unstable, eventually ending in F, performed by the winds.

In the final act, when Siegfried returns to the lake to ask for forgiveness, the theme recurs in A minor, which underlies the hopelessness of his pleading and prepares the audience for the characters’ demise, and eventually ends (or returns) in B Minor.

According to two of Tchaikovsky’s relatives, Yuri Lvovich Davydov and his niece Anna Meck-Davydova, he had already created a short ballet called The Lake of the Swans in 1871: that ballet already featured the Leitmotif that eventually became known as the Swan’s Theme.

Odile was not a black swan in the first place 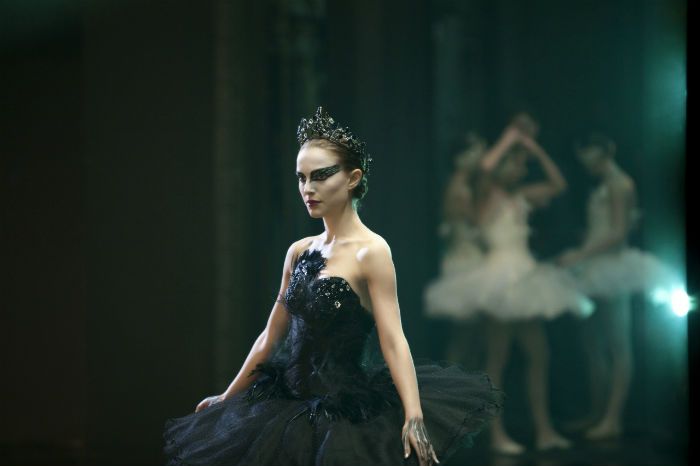 It might be fun to note, however, that the role of Odile was not intended to be Odette’s “negative double” in the first place. In the original production of 1877 and in the 1895 revival the character Odile was not a “Black Swan”: in fact, virtuoso prima ballerina Pierina Legnani, who originated the role of Odette/Odile for the 1895 revival, just wore a multicolor costume, which made her appear more like an enchantress than as Odete double: in the productions that followed, the Odile’s costume could display anything in the color spectrum, from aurora hues, like in the 1895 production, to reds and golds.

Most historians point to a 1941 production of the third act titled “The Magic Swan”, performed by the Ballet Russe de Monte Carlo at the Metropolitan Opera. Since, at that time, Western audiences knew Swan Lake merely by its second act (the “white” act), in order to make Odile’s role more distinguishable, the production had the ballerina who danced her, Tamara Toumanova, dress in a black costume.