In 2009, a small Toronto club hosted an event featuring several relatively unknown bands ranging from hip hop to punk. But the show didn’t make news in Russia, the Netherlands, and England for what was on stage. Off stage, five Emoti­-Chairs allowed an audience of deaf and hard of hearing individuals to experience music as never before.

Since that sensational world debut, the Emoti­-Chair has quietly continued to evolve. In 2013, twelve Emoti­-Chairs were demonstrated at a symphonic performance of the Christmas Carol in London, Ontario. Today, a commercial offshoot of the technology exists as Tactile Audio Displays Inc. The Emoti-­Chair even has its own twitter account.

How does the Emoti­-Chair work? Essentially, it translates audio signals into vibrotactile ones through strategically placed voice coils along its back. As with any translation, compromises must be made. Despite the fact that there are touch­-based equivalents to acoustic elements like pitch, loudness, and rhythm, the skin’s ability to understand these signals differs greatly from the ear’s ability. In her excellent profile for NovaNext, Sujata Gupta explores some of the hurdles faced by the engineers of the Emoti-­Chair.

The skin, for instance, has four mechanoreceptors responding to different forms of touch but also capable of differentiating sound frequencies. The ear, however, has tens of thousands of mechanoreceptors for this purpose. Thus, while the ear can distinguish between frequencies of 20 and 20,000 Hz, the skin can only distinguish frequencies below 1,000 Hz. To compensate for this deficiency, the Emoti­-Chair team decided to utilize the skin’s greater surface area. By lining the back of the chair with voice coils, they are able to distinguish frequency through spatial positions rather than relying on the mechanoreceptors.

In a workshop held in Vancouver, classically trained opera singers experienced their voices through the Emoti­-Chair for the first time. The results were positive overall. “I really loved when you could feel the vibration in two places because of the overtone series; that was, by far, my favorite,” one singer responded. According to the researchers, “Though the primary purpose of the Emoti­-Chair was to translate the musical elements to physical sensation, participants also insinuated having sexual stimulation.” Given Psyche Loui’s theory of musical frissons, it could be argued that this stimulation only further contributes to the primary purpose of the chair.

Although first gaining worldwide attention with a “Concert for the Deaf,” the Ryerson University team responsible for the Emoti­-Chair’s creation and continued development envisions varied uses of its technology.

Deborah Fels, Director of Ryerson’s Inclusive Media & Design Centre, explains, “Not only is this useful to people who are deaf or hard of hearing but it also provides a rich multimedia experience to people who are hearing. The research is truly interdisciplinary as it involves media artists, musicians, computer scientists, psychologists and human­-computer interaction specialists.”

Carmen Branje, one of the Ryerson researchers, has already invented a keyboard designed to compose vibrotactile music. In addition to the classical singers’ workshop, Branje and Co. asked deaf film­-makers to compose “vibetracks” for movie clips. Both the singers and the film­-makers said they were inspired to use this new technology in future projects.

While the Emoti­-Chair may have disappeared from the headlines for now, it may someday reappear in theatres and concert halls for the enjoyment of all. 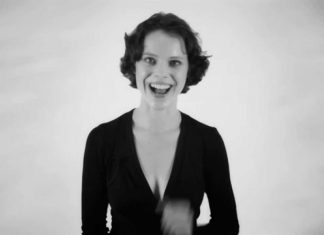 D Grant Smith - Oct 6, 2014
Overtone singing is when a vocalist sings two different notes at the same time. It sounds like something a higher­form of intelligence (think Aliens...