At first glance, this might seem a curious title to write about but music has a universality that makes any form of music comparable to another. Underneath each unique musical genre, are creative threads that weave their way through nearly all genres of music forming connections and linking even the most apparently diverse types of music. In this article, there is an opportunity to investigate the similarities and differences between these two musical worlds.

On the surface of this title, you could justifiably wonder how these two types of music could ever have anything in common. It is worth considering that from the hundreds of years of western classical music came musical forms like hip-hop, rap, rock and jazz.

There is an argument to say that these popular forms of music could have independently arrived through the natural evolution of folk music but it is my impression that this is unlikely. Even if this were the case, there remain underlying influences that are interesting to think about.

Classical music differs significantly from Rap in terms of its heritage. The roots of classical music are well documented and can be traced back over a thousand years to the early Medieval times. This gives classical music a rich and diverse progression over the centuries with influences coming from across Europe and further afield.

Rap, in contrast, has a history that reaches back only to the early 1970s and is firmly grounded in the urban culture of the United States of America. This is not to say that one genre has more credibility than the other but simply to illustrate diversity.

Rap actually stands for ‘rhythm and poetry’, which makes a lot of sense if you have ever listened to rap. With its origins in the African-American youth of New York, rap grew out of the hip-hop culture and came to represent the voices of the struggling and disaffected social groups of Northern America. From what were called ‘block parties’ of the 1970s rap developed with soul and funk records played whilst artists ‘emceed’ over the beat.

The idea of emceeing, or rapping, was a for the performer to deliver spoken poetry in a rhythmic way that played over the original beats. The focus of the poetry was often political, sexual and boastful in nature regularly tied to social commentary. The poetry in rap is frequently very rhythmically complex and full of colloquialism, alliteration and innuendo. This gives rap its character, focus and its continuing popularity today.

Rap tracks are described as songs. As a genre rap has developed into the mainstream of popular music culture and as such taken many new twists and turns in respect of style, from Grandmaster Flash to Eminem and the Sugarhill Gang. Song is a form that is perhaps the oldest kind of music as it is with our voices that we most freely express our thoughts and emotions. Here is the first connection between classical and rap music. Perhaps the most instinctive link between the genres is operatic recitative and rap.

Recitative is the section often in opera, where the character expresses great emotion and move the narrative forward. This then usually leads to an Aria. The important connection to rap is that the rhythm in a recitative is frequently written to mirror natural speech rhythms, and sometimes freely so. Emphasis is regularly drawn to important words in a similar way to the delivery of rap lyrics. Whilst the rhythmic insistence of rap may not be so evident in a recitative the parallels are there.

Live rappers mix with DJs who interact and support the performer(s) with beats played on turntables. This is a common way that rap performances take place although the levels of sophistication and skill are greater than they can appear. Only in the more recent pieces of contemporary classical music have composers mixed electronics with live performers as the possibility of using ‘live’ electronics and computers became viable. This reflects the different cultural origins of each type of music.

To rap over a playing record offers an affordable means of creative expression where alternatives simply would not have been available. Classical music is traditionally the province of the wealthy who have the option to employ a far greater range of live collaborators in any given performance.

Improvisation plays a significant part in the music of rap. Like Bach entering an organist competition in 17th century Germany, today’s rappers are hotly competitive and there remains an East coast, West coast rivalry that has at time been the cause of lamentable violence. ‘Takedowns’ included in rap lyrics are rappers often maligning their competitors and this features in the music of many notable artists.

These can form part of the improvisatory nature of rap performance. Spontaneous rap competitions have been reported where gangs would rap against each other rather than resorting to a fight. The fluency and technical facility of many celebrated rappers are formidable and certainly shows a virtuosity comparable with improvisation in classical music.

As we are looking into popular culture alongside the world of classical music it is hard not to take a brief survey of the financial side of both worlds. Classical music boasts an increase in sales over the past few years with both the purchase of CDs and streaming growing in popularity. It is when you take a glance at the figures for the leading rap artists though that you gain a clearer sense of the wealth these individuals have accrued. According to a recent article published by Hot New Hip-Hop, the top rapper, Dr Dre is was worth $780 million, P Diddy a staggering $700 million and Jay-Z $520 million. These sums classical artists could only dream of and shows the immense draw and popularity of rap music.

In 2002, Eminem is reported to have sold over 10.2 million copies of his album “The Eminem Show”. When compared to the best-selling classical music artist of the last 25 years Katherine Jenkins, she has sold only 2.7 million albums. 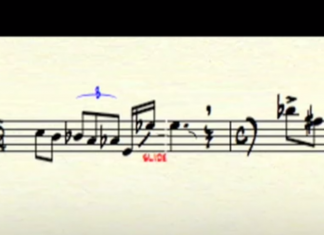 CMUSE - Sep 22, 2014
Being able to transcribe music is an important skill, especially for composers and jazz musicians. It is a lot of fun and it's also...