Whilst much of the music you hear in the cartoons is original there is a huge amount of material drawn directly from the classical music repertoire. This article takes a snapshot of those pieces that have taken centre stage in the world of cartoons for many years.

1. “Ride of the Valkyries” from Die Walküre by Richard Wagner

This epic and extremely famous piece comes from Wagner’s monumental Ring Cycle. This piece comes from the second of the four operas in the cycle and underscores the opening Act Three. The Valkyries wait on the top of a majestic mountain for the fallen heroes of battles who they will accompany into Valhalla and their rightful place of honour. Whether you know about the legend of the female warriors of or not you cannot help but be impressed by the brassy splendour with which Wagner depicts this triumphant scene. The cartoon it appears in, to a somewhat different effect is called “What Opera Doc?” when it is adapted to the scene called “Kill the Wabbit.”

Also included in the “What Opera Doc?” cartoon series, is the superb chorus from Wagner’s Opera called Tannhäuser. It is a work in which Wagner explores his favourite concepts of love that is sacred and profane based around the Medieval Minnesingers and the myth of Venus. The Minnesingers were a group of Medieval musicians and poets who work came to be known as Minnesang. He began the composition in 1843 and remarkably completed the entire score of this substantial work in April 1845. In the cartoon Bugs himself, dressed as a coy Valkyrie adds an interesting lyrical twist to this solemn chorus to great comic effect.

Mickey Mouse in the late 1930’s was waning in popularity. Disney knew he had to do something remarkable to bring the little mouse back from the brink. The result was the full-length cartoon in 1940 that was called Fantasia. In the movie, there is a tremendous collection of very famous classical work that divides the cartoon into seven contrasting sections.

Once the orchestra has tuned up at the start of Fantasia, they launch into an orchestral arrangement of the Bach’s Toccata and Fugue in D minor.

This is purely an orchestral start to the film and it loses none of the intensity that dominates the original organ version.

Next comes Disney’s interpretation of the most famous dances from Tchaikovsky’s Nutcracker Suite.

This is not the full ballet but a group of eight pieces the composer himself made into the extremely popular Suite Op.71a.

Perhaps the one that most people remember and often think was an original composition, is The “Sorcerers Apprentice” by Paul Dukas.

Dukas conjures an eerie mood at the start of the score that soon gives way to the fun and games as the young sorcerer starts to experiment with magic. It could also be credited with being one of the best orchestral bassoon solos ever written.

An unlikely choice follows with Stravinsky’s controversial ballet titled “The Rite of Spring”.

The Ballet was controversial as it marked a dramatic departure from Stravinsky’s previous scores. It demands a vast orchestra, is rhythmically highly complex and harmonically dissonant. Disney was aware of the challenges in adding this to his Fantasia and careful not to upset the Creationist movement who threatened action should his work link humans directly to the concept of evolution. Instead, he nimbly picks his way through images of planets, dinosaurs and the arrival of mammals to the earth.

Three further classical pieces make up the remainder of The Fantasia; The Pastoral Symphony No 6 in F Major, by Beethoven with its Greek Mythological focus; Dance of the Hours by Ponchielli rom his ballet La Gioconda and Mussorgsky’s haunting Night on Bald Mountain.

This for me is one of the most terrifying animations that shows dancing skeletons and ghouls riding demonic steeds across a troubled sky. Even the Devil himself is characterised in the cartoon with the falling figures of the damned heading into the fires of Hell.

Two almost overused pieces of classical music are the Brahms Lullaby Op.49; No.4 and The Flight of the Bumble Bee by Rimsky Korsakov

The cartoon “Maestro Minnie” makes full use of these classical stalwarts and is employed by Disney in a similar vein to Fantasia where the orchestra in cartoon version, takes the central stage, showing each instrument as it plays the melody. The Brahms is used along with similar lines as Minnie tries to soothe a dozing baby only to be constantly interrupted by a swing version of the tune and dancing rattles.

In the cartoon, “Bugs Bunny Rides Again” made around 1948, this overture makes its appearance accompanying, as you might expect, a chase scene where Bugs attempts to escape Yosemite Sam.

The fast pace of the Rossini compliments the manic activity on screen adding that slight edge of tension to the comedy as it unfolds.

5. Hungarian Rhapsody No. 2 by Franz Liszt

Liszt’s Second Rhapsody for Piano in C sharp Minor is amongst the best-loved pieces ever composed for the instrument to come from the Romantic Era. It shows Liszt’s dazzling virtuosity as a pianist as well as his gift for emotional evocation. There is something rugged and unfinished about the piece that brings a gypsy quality to the music that is enticing. In “What Rhapsody Rabbit?”

Bugs is the concert soloist, pausing only from time to time to munch an essential carrot or answer a telephone call. Slowly a musical competition emerges between Bugs and an impish mouse leading to a few other classical additions to the cartoon.

Finally, if you ever wondered what the music was in many cartoons when one of the characters is unceremoniously thumped over the head, or knocked out, it’s often the Spring Song from the Songs Without Words. These miniatures are a wonderful example of Mendelsohn’s melodic gift and facility to create truly memorable salon pieces. 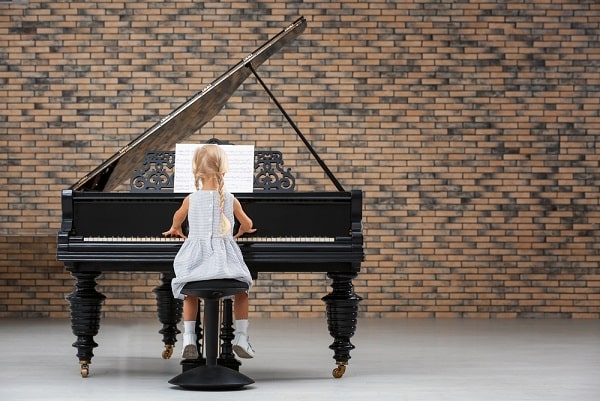 Dr Justin Wildridge - Dec 24, 2019
This is a question I have been asked and heard asked numerous times over the years I have been in education. It is a...

Find out what Beethoven, Brahms and Mahler have to do with...