Classical music permeates so many of the everyday happenings in our lives that sometimes it is easy to overlook. Consider how many advertisements make full use of classical repertoire, or films contemporary or older. There are many reasons for the successful use of classical pieces, none more impressive perhaps than in the cartoons featuring the inimitable Bugs Bunny. In this article, I have selected a few choice Bugs moments from a vast array, to bring you the classical ‘greats’ in a way that only Bugs can.

This first extract is taken from a 2015 performance called ‘Bugs Bunny at the Symphony II’. The remarkable achievement here is that the music is performed live to the cartoon that plays on a gigantic screen. Like so many cartoons with Bugs in them, this one features a piece of classical music that is quite familiar: ‘The Barber of Seville’ by Rossini.  Here is the perfect match between the world’s most loved animated figure and the king of comic opera.

The opera itself was composed by Rossini on a text by Beaumarchais, just as Mozart had done three decades before in his ‘Marriage of Figaro’. The premiere was given in 1782 and was well received with everyone but the somewhat disparaging critics. The Barber of Seville is full of wonderful, memorable music that, with or without Bugs, is worthy of attention.

2. ‘Hungarian Rhapsody No.2’ by Franz Liszt

In this cartoon, Bugs dressed suitably in concert tails, performs one of the most demanding pieces ever composed for the piano. Remarkably Bugs can pause for a chomp of carrot at the initial pause in the Rhapsody. All manner of antics follows, including a phone call from the composer himself.

The second ‘Rhapsody’ is a piece for solo piano but also one that was orchestrated to great acclaim. Broadly speaking, the composition falls into two main sections, the first acting as a kind of dramatic prelude before the fireworks begin in the accelerating display of virtuosity that is the second section. It was composed by Liszt in 1851 and is thought to be based on a Romanian melody contrary to the title.

There was no piece of classical music safe from the Bugs Bunny treatment, and the three famous operas by Wagner came into the spotlight in the cartoon titled ‘What Opera Doc?’. The whole cartoon is a highly irreverent skit on Wagner’s work with some of his most well-respected melodies carefully ruined by Bugs and Elmer Fudd. Elmer is hunting ‘wabbits’ dressed as Siegfried when he catches sight of Bugs, and the chaos begins. Bugs even appears dressed as the captivating Valkyrie Brünnhilde, who Elmer becomes very enamored with. This is where you hear the famous ‘Pilgrim’s Chorus’ from the opera ‘Tannhaüser’.

Of all of the operas used in the cartoon, ‘The Ring of the Nibelung’ is undoubtedly the most impressive if only for its immense duration. The entire Ring Cycle took Wagner twenty-six years to compose and is in four enormous operatic sections. If performed from beginning to end, the cycle lasts nearly twenty-four hours.

‘Tannhäuser’ by comparison is a modest three acts composed in 1845, based largely on two Germanic tales and the story of the conflict between sacred love and the hope of redemption through love.

In this extract, the cartoonists have cleverly blended the ‘Dr. Jekyll and Mr. Hyde’s story with one of the most famous pieces of Romantic piano music, the Waltz in Db major. As the unsuspecting Bugs sits quietly to play this waltz, the meek Doctor discovers his favorite potion left carelessly on the workbench. He drinks the potion and turns into the wicked Mr. Hyde and the rest you can imagine for yourselves.

The Waltz was composed in 1847 as part of a three-waltz set with the opus number of 64. It is not a piece that has ever been intended to be performed in a minute, even though the opening is marked as ‘Molto Vivace’. The Waltz is in ternary form (ABA), with the central section providing a tranquil respite from the lively outer sections. It is a hugely demanding piece in terms of technique but great fun to play.

5. ‘The William Tell Overture’ by Rossini

This cartoon includes this classic chase scene with Bugs trying to escape from Yosemite Sam on horseback. All manner of fun happens even in this short clip, and the music of Rossini features yet again. One possible explanation of this is that Rossini’s work is richly melodic and often highly rhythmically driven. ‘The William Tell Overture’ is no exception. Rossini wrote his opera in four acts based broadly on the play by Schiller of the same name. Perhaps more unusual is that Rossini wrote the opera in French rather than his native Italian. The Overture is possibly more frequently performed than the entire opera. It is the ‘March of the Swiss Soldiers’, that features in this cartoon with its compelling, energetic ostinato pattern. It was made permanently famous as a result of it being used for the television series ‘The Lone Ranger’.

6. Overture to ‘A Morning, Noon and Night in Vienna’ by Franz von Suppé

This final cartoon classic may not be a piece of music that you are familiar with. Franz von Suppé is not as well represented in the concert halls today as he once was. On the face of it, the cartoon appears to have nothing particularly funny about it as Bugs begins to enthusiastically and dramatically conduct the orchestra in the overture. Before too long, a fly begins to bother Bugs, and the anticipated shenanigans begin.

This operetta by Suppé premiered in Vienna on February 26th, 1844. It is a deeply lyrical composition with more than a passing resemblance to the work of both Rossini and Donizetti. Suppé treats the orchestra in a similar way to Rossini as he does the structure of his works that build with repeating 8-16 bar phrases in his favored ABA form. The overture is likable, lively, and with just the ideal set of musical ingredients to compliment this Bugs Bunny spectacular. 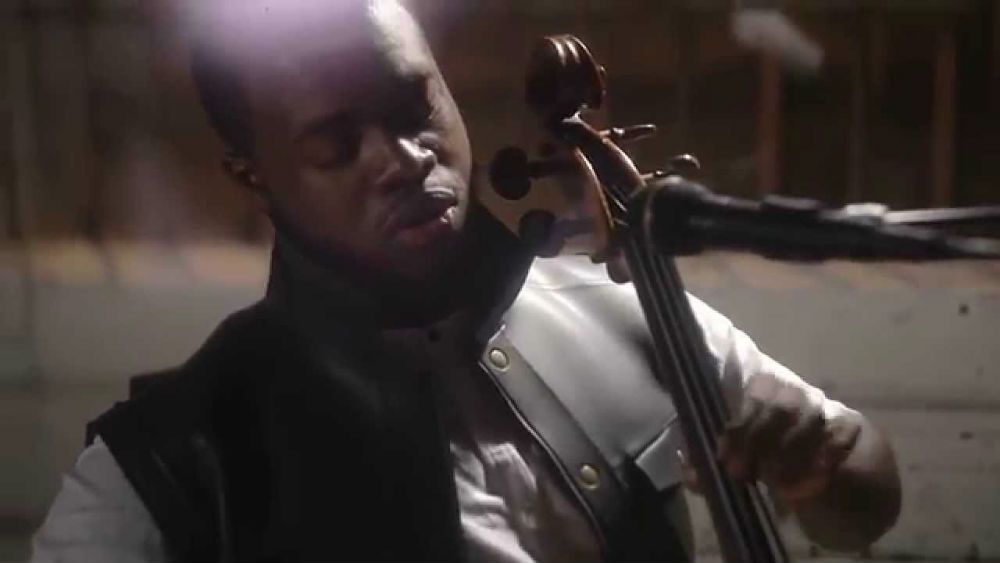 D Grant Smith - Apr 17, 2015
In a week of festive cover renditions, Sam Smith’s Stay With Me has a new interpretation by Kevin "K.O." Olusola. Using a loop and...