One of my favorite instruments has always been that most flexible member of the woodwind family; the clarinet. It’s equally at home playing Classical music, Jazz or pretty much any genre of music it’s presented with. I began learning the instrument over four decades ago and have enjoyed playing many of the pieces I am going to discuss below.

What I am aiming to provide in this article is a guide to what I consider to be amongst the best of the huge variety of Concerti written for the instrument over the past three hundred years. There may be many omitted but I hope it at least serves as a useful starting point for anyone with a passion for great music.

The first of these fine works (Op.20), was written in 1948 and dedicated to an outstanding player of the time, Frederick Thurston. The result is in three movements titled: Allegro; Andante con moto and Molto Allegro con Fuoco. This first Concerto carries all the hallmarks of Arnold’s works with a great sense of drama and a passing glance at the world of jazz and blues. It is scored for Clarinet and Strings with a duration of around 18 minutes.

The second Concerto was composed in 1974 and dedicated to one of the finest jazz clarinetists of his age, Benny Goodman. Goodman was a friend of Arnold’s and the jazz influence can be heard most notably in the finale titled “The pre-Goodman Rag”. The scoring is more imaginative this time with plenty of additional percussions.

The Bärmann father (Heinrich), and son team were both formidable clarinet players and both composers. This Concerto was composed around 1875 and is good fun to play for the more advanced clarinetist. The work displays some of the incredible techniques that Bärmann must have possessed and followed the usual three-movement form. (Allegro/Andante/Allegro)

This Concerto was dedicated to Benny Goodman and composed in 1949. The Concerto is littered with lyricism and the influence of jazz. It does not follow the more conventional form of the earlier concerti and begins with a rich, slow introduction that leads into a superb, virtuoso cadenza. The Concerto fully exploits the agility of the clarinet through some inventive and engaging writing for both soloist and orchestra.

These three concerti were once overlooked in favor of more common works from the Romantic era. Each of these pieces is written by a composer who really has an understanding of the clarinet as well as a wonderful sense of musical shape and form. The works are challenging to play and rewarding to listen to. Crusell was a Swedish/Finnish born composer who not only played the clarinet to a professional standard, also established himself as a composer early on in his career; in spite of his humble beginnings.

Strictly speaking, this isn’t a Concerto but it is one of the most beautiful pieces that ever came out of the impressionist school of composition. The work was composed in 1910 and has remained a fond favorite of clarinet players across the world. Rhapsody captures the nature of the work really well as it darts and dives between colorful, energetic worlds that provide a technical challenge for any clarinet player. There is also a piano and clarinet version that is equally enjoyable to play.

Following on from the turn of the last century work by Debussy, the Finzi Clarinet Concerto written in 1951 presents a suitably English pastoral offering. The Concerto falls into three movements in the familiar fast, slow, fast structure. Both outer movements exhibit Finzi’s control and mastery of the musical form but it is the second movement that for me illustrates Finzi’s sumptuous, lyrical writing.

This version allegedly has the composer himself conducting

Now, not a work one hears performed very often, but a Concerto that is in need of a mention. The piece shows Hindemith in the latter stages of his compositional career and his musical voice firmly established. Written in 1950, the Concerto is difficult to play and has distinct echoes of the more popular 1940 Sonata.

This Concerto I remember thinking when I studied it, was a kind of crossover between the Beethoven Concerto that he never wrote and Mozart’s Concerto that we’ll explore later. The Concerto is cleverly written and comprises three movements: Allegro, Adagio, Rondo Allegro. For me, the Rondo finale is the best of the movements as it flows effortlessly from beginning to end and provides the soloist with plenty of opportunities to sound impressive without being overly difficult.

It is probably fair to say that this Concerto amongst every other Concerto for Clarinet and Orchestra is the favorite of nearly every clarinet player. This late period Mozart concerto is nothing short of superb in every aspect. Its melodies are sublime and it gives the soloist every opportunity for a broad range of expression and interpretation. The three movements (Allegro, Adagio, Rondo), show Mozart at the peak of his powers with the rondo finale offering one of the most memorable and enjoyable rondo melodies ever written. A model Classical Concerto.

This slots into the genre of modern concerti with a composition date of 1926. For me, this presents a unique work and captures the spirit of this Danish composer. There is only a single movement to the work but if you listen carefully you can hear four themes or melodies that weave through the piece with more than a touch of folk melody. Difficult but rewarding work to perform.

Bending the title of this article slightly, I’ve included the Rossini

Concerto No. 1 in C minor

Louis Spohr spent most of his life working in Gotha and Kessel where he composed many large-scale works including ten Symphonies, ten Operas, and many Concerti. The works span 1808 – 1829and are deeply Romantic in style. Johann Hermstedt was the recipient and inspiration for the works and he must have been a formidable player as these works really push the soloist to test their limits. They also show the huge range of expression that the clarinet can produce as well as the vocal qualities of the instrument that particularly come through in the slow movements.

This had to be included on my shortlist of Clarinet Concerti. This work was composed for Woody Herman in 1945. Herman was a jazz clarinetist and bandleader who performed widely both before and after the second world war. The Ebony Concerto is not scored for a traditional orchestra but instead, Stravinsky employs a jazz band. Whilst the clarinet features in the music it does not dominate as you would expect from a concerto. Instead, the soloist very much forms part of the jazz ensemble. The piece is littered with great jazz licks and tricks and shows Stravinsky’s love of Jazz.

Concertino is a shorter form than the usual concerto. Tartini didn’t actually write a Clarinet Concerto at all, but what constitutes this concertino is a collection of movements from his violin sonatas. The outcome is actually a very coherent and delightful concertino with a light and bright overall feel. It is not a difficult concertino to play well but delightfully engaging.

15. Weber, Carl Maria von Concertos One and Two and Concertino

Weber was primarily a composer of Opera and this comes directly through all three of these concerti. Each of the works not only shows off the formidable technique of Bärmann, for whom they were composed but Weber’s effortless fluency with this form of music. Each of the pieces displays astonishing virtuosity coupled with brilliant writing for the orchestra and soloist. The movements are tirelessly dramatic, operatic, and effervescent. My favorite by far is the finale of the 2nd Concerto in Eb which is tricky to play but full of fireworks from beginning to the end. If you enjoy these works, you will also like the Quintet and the Grand Duo Concertante. 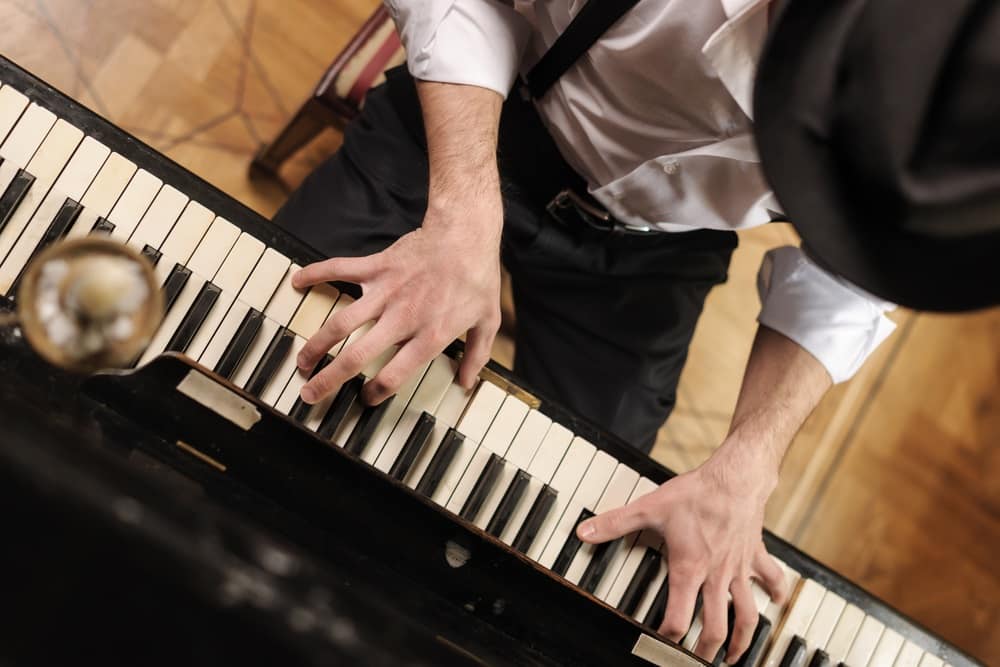 Dr Justin Wildridge - Oct 16, 2019
The sheer number of breathtaking performances in the genre of Jazz are far too many to list in this brief article, but I have...

Low Carries A Full House With Ones And Sixes