How many siblings did Beethoven have?

Ludwig van Beethoven was the second of seven children born to his parents, Johnann van Beethoven and Maria Magdalena Keverich, the daughter of a chef.

Sadly, only three of their children survived to adulthood.

Their first son was born in 1769 and named Ludwig Maria, but he only lived six days.

Their second son, born in 1770 was also named Ludwig and became the composer we know and love.

The third born was Kasper Anton Karl – more about him later.

The fourth born was Nikolaus Johann – more about him later as well.

The next child was a girl, born in 1779, named Anna Maria Francisca, who died that same year. Two more children followed: a boy, Franz Georg in 1781, who died in 1783 and finally a girl, Maria Margarita Josepha who was born in 1786 and died the following year. The same year, Beethoven’s mother died of consumption.

After his mother’s death, Ludwig’s father’s alcoholism started to severely affect the family and their income. Ludwig’s fierce sense of duty put a weight on his shoulders – he felt the need to take on the role of father to his brothers. He wrote a letter to his father’s employer requesting that half of his father’s salary be sent directly to him and this request was honored. He could then take over the running of the household, making sure his brothers were clothed, fed, and that the bills were paid. He was 17.

Ludwig’s brother, Kasper Anton Karl, was born in April 1774. He was mostly known as Karl. This brother was to give Ludwig a great deal of worry during his lifetime. He was not very strong, not very capable and needed a great deal of help and guidance from his older brother.

Ludwig left his home town of Bonn and went to Vienna in 1792 to study and compose. Karl followed in 1794. In the hope that Karl would improve his life, Ludwig assisted him financially until he got established with lodgings and income. Karl set himself up as a piano teacher, broadcasting the fact that Ludwig van Beethoven was his brother – as Ludwig was already making a name for himself – but he was not very successful. He also tried his hand at composing, but his mediocre output did not take him far.

For a few years he worked as Ludwig’s assistant and agent, but he wasn’t very good at this either. He had a very uncouth way about him and would write rather aggressive letters to music publishers insisting on terms rather than negotiating with them. One time he offered Ludwig’s latest compositions to a publisher, not knowing that Ludwig had already promised them to another, which caused trouble.
Finally realising that he wasn’t doing very well within the music world, Karl got a job as a clerk in the department of finance in Vienna.

In 1806, Ludwig was horrified when Karl announced he was going to marry Johanna Reiss – a woman who already had one illegitimate child, and was now pregnant with Karl’s child. Karl went ahead with the marriage against Ludwig’s advice. The child was born and also named Karl.

Ludwig’s brother Karl was not of a strong constitution and suffered many illnesses during his life. He succumbed to tuberculosis in 1812 and died from it in 1815. From the beginning of this final illness, Ludwig’s sense of duty took over and he stepped in to help his sister in law and nephew.

Karl had requested in his will that Johanna and Ludwig share custody of young Karl, but as they had never been able to get along, this was unacceptable to them. A legal battle raged on for about 4 years and caused a huge amount of distress, worry and expense for them. Ultimately, Ludwig won custody and forbade Karl to see his mother.

Ludwig cared deeply for his nephew, Karl, and felt very responsible for him. After his brother’s death, Ludwig looked after Karl as a father would, helping him financially and being a guiding hand to him through his life. Beethoven’s letters from this time address him as “My son” and sign off as “Your faithful father”.

In 1826, Karl attempted suicide. He put a gun to his head and fired, but did little more than graze his forehead. Ludwig was completely distraught that Karl had attempted to take his own life. Although he had spent several years trying to convince Karl that his mother was a bad person, forbidding him to see her, he realised that his nephew really needed his mother and as soon as possible let him go to her.

When Karl was older, he announced to Ludwig that he was planning to marry Caroline Naske. Just as with his brother’s announcement, Ludwig flew into a rage and forbade Karl to go ahead with the marriage as he considered the woman beneath him. Karl and Caroline married in 1832. They had four daughters and a son named Ludwig. Karl died at the age of 52.

Ludwig’s younger brother, Nikolaus Johann, was born in October 1776 and was known as Johann. This brother was more independent and able to take care of himself. He trained as a pharmacist’s assistant in Bonn and eventually bought his own apothecary shop in Linz in 1808. In 1809, during his siege of Vienna, Napoleon made his base camp at Linz. Many wounded soldiers were sent there and Johann’s apothecary shop thrived during that time. Some locals accused him of fraternizing with the enemy.

But, like his brother Karl, Johann also caused Ludwig a great deal of worry. While at a spa in Teplitz, where he had gone to restore his health, Ludwig received a letter from his brother Johann announcing his intention of marrying his housekeeper, Therese Obermeyer. Knowing that Therese already had a child by another man, Ludwig was passionately against the match and travelled in haste to Linz to try to make his brother see sense. The brothers had a huge row and came to blows. Ludwig stormed out and returned to Vienna. Johann did marry Therese although it turned out to be a rather unhappy marriage, without children of their own.

Johann bought an estate in Gneixendorf, west of Vienna. He often begged Ludwig to visit and Ludwig kept refusing. When at last he did visit, he caught an illness while there which contributed to his early death.

Johann hadn’t shown a great deal of interest in Ludwig’s music while he was alive, other than from a money-making perspective. However, after his brother’s death in 1827, Johann was seen at many concerts featuring Beethoven’s music, clapping and cheering after performances. He lived to a fair old age, dying in 1848. 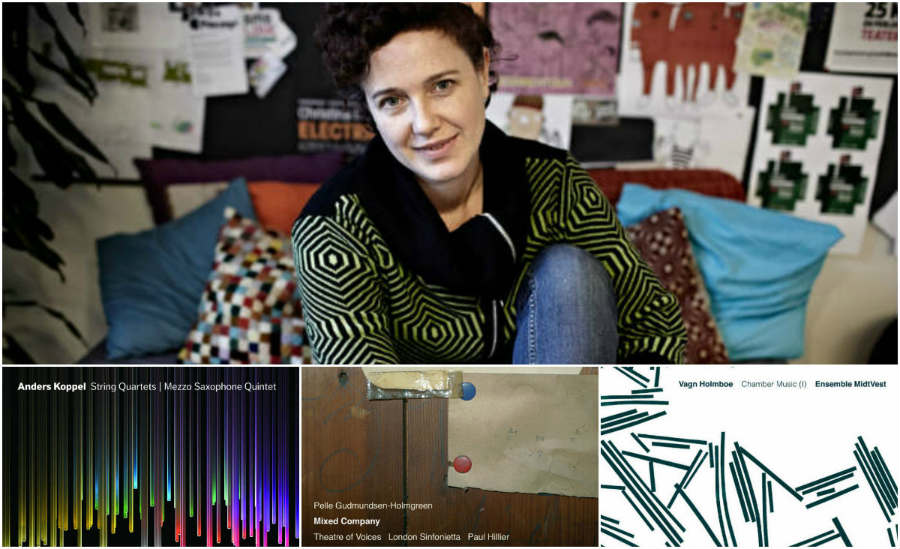 Jordan Smith - Sep 2, 2015
Sometimes if you want to change the way things are done it’s better to bring a fresh perspective to the table. That seems to...

Can we write Bach’s music as functions? Yes