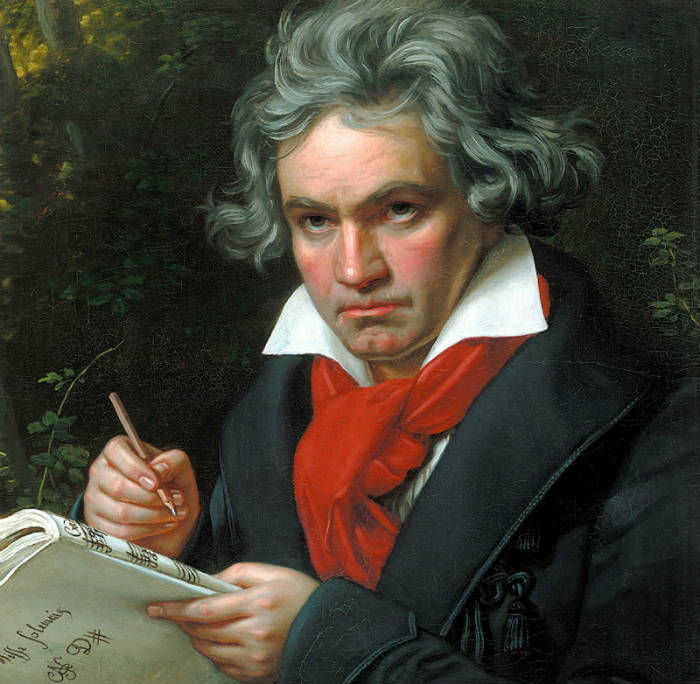 There is a connection between Beethoven’s Fifth Symphony and the Morse code. Although approximately 30 years separated the creation of this particular symphony and the telegraph code, the link played a role in Allied broadcasts during World War II.

Ludwig van Beethoven (1770-1827) composed his Symphony No. 5 over four years, from 1804-1808. He wrote it when he was in his 30s and facing increased hearing loss. The work is in the key of C minor, a key he often used for compositions that are powerful, turbulent, and heroic.

After a somewhat indifferent premiere in Vienna in 1808, it gradually became one of the most famous works in classical music, particularly the opening motif of three short notes followed by one long note. The reasons for this four-note motif vary from the suggestion of “Fate knocking at the door” to the composer hearing the song of a bird, called a yellow-hammer, while walking through a Vienna park.

In 19th-century America, news frequently did not reach its destination until days or weeks after it happened. Three Americans, Samuel F. B. Morse, Joseph Henry, and Alfred Vail began working on a telegraph system in the 1830s that would use electrical current pulses to travel via wires from one location to another. When the pulses were received, they made a clicking noise.

The Morse code was made up of various pulses representing different numerals which corresponded to different words. These words were listed in a codebook that all telegraph operators had. The code was expanded for more general use by adding letters and special symbols. The codes were a series of short “dots” and long “dashes.” The letters that were the most frequently used in the English language had the shorter codes; the less frequently used letters had longer codes.

Morse sent his first telegram in 1844. International communication followed later on in the 19th century, and airplane transmission testing began in the early 20th century. Morse code was required for all pilots in the 1930s and was used extensively throughout World War II by ships, naval bases, and planes.

Hitler regarded Beethoven as one of the composers who represented the German spirit. Nazi propaganda promoted the composer’s music to the youth and adults in schools and concerts. During the course of WWII, the Allies ended up creating a far more famous use of Beethoven’s music as part of the “V for Victory” campaign, but it didn’t start out that way.

By 1941, the British Broadcasting Company (BBC) was broadcasting news bulletins in 34 languages. The information required quick and accurate translations several times a day. The Belgium population was divided into two language groups, French and Flemish, so the nightly broadcasts alternated between the two languages.

The idea of using the “V” as a symbol of resistance came from Victor de Laveleye, a Belgian producer, who saw this as unifying the Flemish and French speakers. He picked “V” because it was the first letter of the French word Victoire (victory) and the Flemish word Vrijheid (freedom). As part of his broadcast on January 14, 1941, he encouraged the people of Belgium to paint a “V” on everything possible. This was their symbol for standing up to the Germans.

The idea spread to other Allied countries and territories through the BBC broadcasts. In Morse code, “V” is dot-dot-dot-dash, or three short clicks and one long. People equated it with the opening of Beethoven’s Fifth Symphony. That four-note motif was played on the timpani before every BBC wartime broadcast to Europe. The publicity about Beethoven and the “V for Victory” campaign continued in the American press for the duration of the war.