Biography of the Backstreet Boys

The Backstreet Boys are one of the very few bands in history that managed to experience initial success in other continents, primarily in various parts of Europe and Canada. The massive boyband did not start to enjoy commercial success until almost two years after they had been in the game.

By then, the Backstreet Boys had already topped the European charts severally and they had grown to become one of the biggest boybands in the world. Alongside popular acts of that time such as Britney Spears, NSYNC, Westlife and Boys II Men, Westlife rose to the forefront with a number of their albums enjoying international success that was simply enviable.

Made up of group members AJ Maclean, Kevin Richardson, Brian Littrell, Howie Dorough and Nick Carter, Backstreet Boys went on to become one of the bestselling boybands in history managing to sell over 130 million records.

The rise to stardom for the Backstreet Boys begun in high school after Nick Carter, Howie Dorough and AJ McLean ran into each other during local acting auditions that were being held in Orlando. Backstreet owe much of their success to the creator of boybands the late Lou Pearlman, who died in prison in August 2016 aged 62; he was serving a 25-year sentence for a $300m (£229m) fraud. Coincidentally, the creator of boybands was also responsible for creating NSYNC later on in 1995.

Before the Backstreet Boys became the popular vocal group it was in the ‘90s, each of the performers had already discovered their passion for performing in their own ways. For instance, Kevin Richardson was already singing at Disney World and Brian Latrell was already an avid and experienced performer.

Nick Carter was auditioning for local commercials and TV and had enjoyed an acting and singing career from very early on while Howie and AJ had appeared in Nickelodeon before the rest of the group came calling.

The core of the group was made up of Kevin and Brian, who were cousins from Lexington Kentucky that were already performing Boyz II Men cover songs and doo-wop in local festivals. Howie and A.J were living in Orlando Florida while Nick was residing in New York before making the move to Orlando to join A.J and Howie. Kevin and Brian joined the group later after moving permanently to Orlando.

It was Lou Pearlman that is credited with uniting the five largely unknown teen singers and transforming them into a poster-worthy boyband. Lou also hired the Wrights who had previously managed New Kids on the Block in the 80s to manage the group.

Due to Backstreet’s affiliation with Donna and Johnny Wright, they were able to secure a contract with Jive Records in 1994. Jive then introduced the group to producers Tim Allen and Veit Renn who helped the group to find a direction and sound for their first album.

Their sound was made up of a great mix of hip-hop, R&B, ballads, and dance-pop, which probably helps to explain why it found initial success in Europe and not at home first. The first album was titled Backstreet Boys and it was released throughout Europe as 1995 was coming to a close.

The record performed very well and spent a few weeks in the Top Ten Charts in the various European countries. The group was awarded the title of Nest Newcomers of 1995 thanks to their single We’ve Got It Goin’ On.” After “I’ll Never Break Your Heart,” became another massive hit in Europe, the group released the album in Canada, where it enjoyed equally as much success. Backstreet Boy’ self-titled album managed to sell over 11 million copies all over the world but struggled to find its footing in the American market.

To market their music in America, the label focused their marketing efforts on teens and preteen girls, whereby they would distribute Backstreet’s music in cheer camps as well as place free CDs in makeup cases. The strategy proved to be effective and the group rocketed to the top of American charts thanks to new singles such as “Quit Playing Games (With My Heart)”, “Everybody (Backstreet’s Back)”, As Long as You Love Me “and “I’ll Never Break Your Heart. The American version of Backstreet Boys eventually sold over 14 million copies in America alone.

In 1999, Backstreet Boys released Millennium and it debuted at number one with the sales of the first week reaching a million copies sold. It also broke the record for the highest number of records and highest amount of shipments sold during an album’s inaugural week. Internationally, the album sold over 40 million units while 12 million copies were sold in the U.S. Millennium contained hits such as” The One, “I Want It That Way,” “Larger Than Life,” and “Show Me the Meaning of Being Lonely”.

Millennium established Backstreet Boys as the best American boyband of all time and it was nominated for 5 Grammys including a nomination for Best Album. During that same time, rivals and fellow Pearlman boyband NSYNC was slowly gaining popularity much to the dismay and displeasure of Backstreet.

In the year 2000, Backstreet released Black & Blue which contained the hit single “Shape of My Heart”. The album sold 5 million copies worldwide during its inaugural week, which is not bad by any standards; but to Backstreet, the sales were a bit of a letdown particularly because NSYNC was performing much better.

After 7 years of non-stop touring and performing, Backstreet took a break whereby each of the members pursued solo projects. In 2004, the boy band reunited to release Never Gone in 2005 and Unbreakable in 2007. In 2006, Kevin left the group and the remainder stayed to work on their album This is Us which was released in 2009.

The band remained relatively quiet until 2013, when all the members, including Richardson, reunited to celebrate their 20th anniversary with a worldwide tour and a documentary release. In May 2018, Backstreet released their first single in years titled Don’t Go Breaking My Heart; at time of writing this, it currently has 18 million views on YouTube. 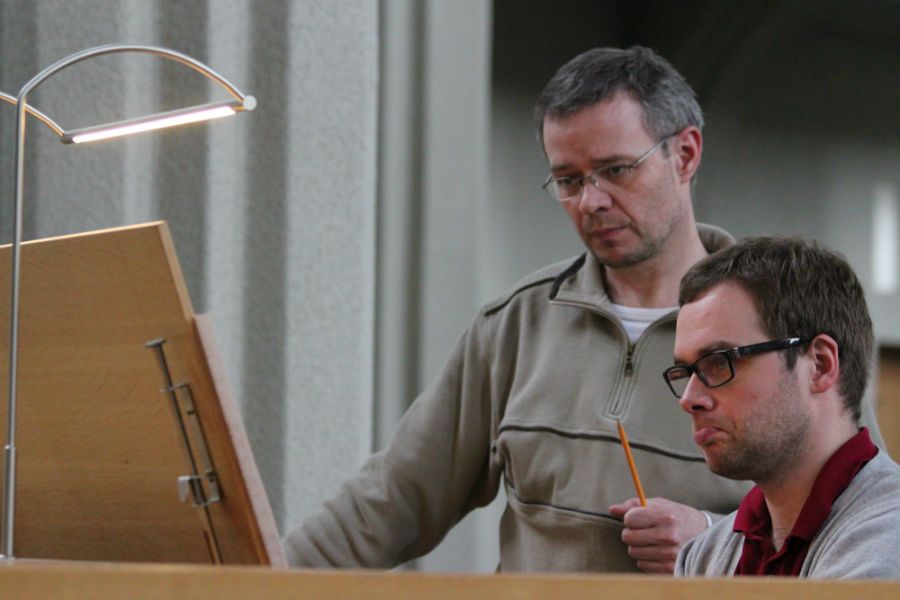 Maggie Heath - Feb 18, 2015
“Do I have to?” Parents hear this question countless times from their kids. Parents who have children in music lessons might hear it the most....

Man Plays Trombone On A Field For A Distinctive Audience