Is Bach the most “visual” composer ever?

You may remember that the Toccata and Fugue in D Minor, when it served as the opener of Disney’s Fantasia in 1941, was accompanied by a sequence of abstract animations, from glimmering celestial-like bodies to sand dunes reflecting a reddish light.

Animator Alan Warburton recently conceived a similar idea, and thus created a sleek, simple yet stunning animation called “Bach in Lights,” featuring Prelude and Fugue in C Major from The Well-Tempered Clavier. Given the complexity of those two pieces, Warburton realized he needed to create a simple animation so that the viewer could keep focusing on the music. To accompany the two pieces (performed by Pierre-Laurent Aimard) he envisioned a space with hundreds of fluorescent CGI lights in a gallery (for the prelude) and parking garage for the fugue, with each one representing a single music note’s length and pitch. As soon as a particular note was struck, the corresponding fluorescent light would flare-up. Of course, finding a way of synching lights and music (also duration-wise) was not an easy task, and he had pianist Matthew Bain perform Aimard’s version on an electric piano so they could create a digital track to be used as a reference and to actually be paired with the intermittent CGI lights. Suffice to say that each frame took 15 minutes: lights- and-music synchronization aside, Warburton had to mind the shadows, the glows and the reflections cast by the CGI lights themselves. 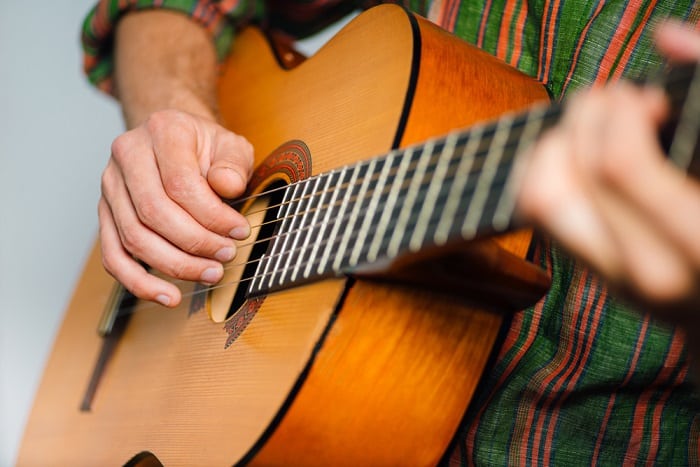 How to Learn Classical Guitar at Home by Yourself? 5 Methods...

Seven Essential Things to Consider Before Becoming a Musician