The cello has long ago broken out of its image merely as an instrument to be used by symphony orchestras or in a traditional, classical setting. Numerous contemporary works for the instrument are being written, and musicians are discussing their favorites. Cellos are being used in everything from jazz to heavy metal and folk music, as this article shows.

Here are sixteen cello acts that are pushing the boundaries in contemporary cello music.

Keating makes use of looping and other technology to create her music. She has established herself on social media and was locked in a battle with Youtube earlier this year over content licensing rights to her music. Here you can hear her perform live.

Beiser blends a number of musical influences and makes full use of technology to create her music. Middle eastern, electronic and classical sounds all make an appearance in her works. She collaborates with artists from various genres and disciplines, including in multi-media. Here you can watch her in a TED Talk which shows her musical versatility.

Friedlander has been compared with many musicians, and that’s perhaps because the range of styles in his playing is so diverse. Sometimes he plays cello in a finger-picking, bluegrass-influenced way, while at other times he draws more on a jazz tradition. Here is Baufain Street, a single from 2011.

His best-known recording is Bach’s six suites for cello, and this is not only for the way he plays them. Haimovitz toured with the suites, performing them in unusual settings rather than sticking to concert halls. He is also heavily involved in teaching and founded his own record label.

Eugene Friesen is a four-time Grammy award-winning cellist and composer. He has performed and recorded with such diverse artists as Dave Brubeck, Toots Thielemans, Betty Buckley, Will Ackerman, Joe Lovano, and Dream Theater, and appears regularly with Trio Globo and with the Paul Winter Consort. Eugene is an artist-in-residence at the Cathedral of St. John the Divine in New York, and also a Professor at the Berklee College of Music in Boston, Massachusetts.

He is one of the best known classical musicians around and has won multiple awards with his music. On top of his classical work, Ma pushes the boundaries in other genres, including the Goat Rodeo Sessions.

This collective combines classical standards like Bach with more jazz-influenced works. They also enjoy covering some well-known pop songs. Here they are performing Between the Bars.

The band is an all-female trio who helped bring the cello to goth rock. Melora Creager, the band’s founder, has also performed with Nirvana and collaborated with other artists. Here is Rasputina’s You Don’t Own Me.

Solee combines his classical training with elements of folk, bluegrass, and R&B in his music. According to NPR, he has a reputation for traveling only by bicycle between most of his concerts. Here you can listen to a set he played for NPR, recorded in West Virginia in 2013.

Turner’s ability to improvise on the cello has won him widespread praise. His 2008 recording the Voices that are Gone, which made use of 19th-century pop songs, won him acclaim. Here he shows off his improv abilities and range of techniques he uses to produce his sound.

They started out playing covers of Metallica songs, but now the four Finnish rockers are producing their own music and have had a series of guest vocalists appear on their tracks from the rock and heavy metal industry. Here they perform with Slipknot frontman Corey Taylor.

The 12 cellists of the Berlin Philharmonic

While they play a major role in one of the best orchestras internationally, the 12 cellists of the Berlin Philharmonic also have their own independent recordings and performances. They play music ranging from classical to jazz and popular music. The group is currently led by Ludwig Quandt, the orchestra’s principal cellist.

The Croatian duo combines everything from Vivaldi to AC/DC in their music. They have built up a large following on social media and have recorded with artists like Chinese pianist Lang Lang, the Red Hot Chilli Peppers, and Queens of the Stone Age. They recently made a recording of Michael Jackson’s They Don’t Care About Us.

Steven Sharp Nelson is the cellist of the musical group The Piano Guys. They play music and video gems that mash up classical themes with pop songs that have made the group’s YouTube channel one of the most visited on the planet. As of 2006, Nelson was a real estate developer and described his music as an escape rather than a vocation. He never intended for music to become his primary income.

Break of Reality is an American cello rock band consisting of three cellists and a percussionist. The group is associated with the terms “cinematic rock”, “cello rock”, and “indie classical”. The quartet emerged from Eastman School of Music as a student start-up and has grown into a widely acclaimed modern instrumental ensemble. Watch it go cello! 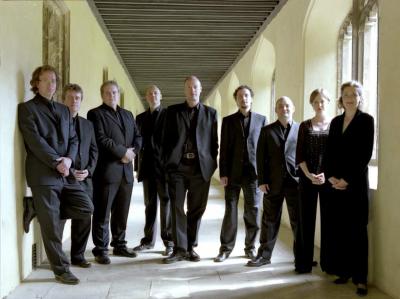