One of the most popular groups nowadays is the 2Cellos. The group has 2 highly-skilled and trained cellist, Stjepan Hauser and Luka Sulic. This a Croatian group that was in 2011 signed by the Sony Masterworks. They began to be popular when their cover song of Smooth Criminal by Michael Jackson went viral.

Since then they have been making covers for various songs, from pop to rock songs. The duo has no limits to when it comes to showcasing exceptional talent. They have crossed all the limits and left no boundaries in music genres. 2Cellos have been known to give exceptional and mesmerizing performances. Today, we have talked about their live performances.

They have performed in many countries, here are some of the most famous concerts.

1Live Concert at Rock am Ring

One of the most amazing performances by the 2Cellos was at the Rock am Ring on June 4, 2017. The sold-out concert was held at Zeppenlinfeld, Nuremberg, Germany. They performed some of the best cover songs from their albums including the latest Score. The songs they performed beautifully included:

The 2Cellos have performed beautifully in a concert at the Kombank Arena, Belgrade, Serbia. The concert was on March 25th, 2017. The duo was on the tour for their new album Score. 2Cellos played covers of many popular songs by various artists like Smooth Criminal by Michael Jackson.

This cover is one of the best produced and performed cover. Other covers include the Thunderstruck by AC/DC, Smells Like Teen Spirit by Nirvana, Satisfaction by The Rolling Stones. The other songs they played were Titles from Chariots of Fire, Game of Thrones Medley, Drum Solo, Mesecina, My Heart Will Go On and Love Story.

2Cellos performed at a concert at the Arena di Verona in May 2016. This concert was to mark their 5th anniversary. They performed amazingly and fantastically leaving the audience spellbound. They played their best songs along with the drummer DusanKranjc.

The songs they played included Satisfaction, Highway to Hell, Back in Black, Resistance, Thunderstruck, Air on the G String, Smells Like Teen Spirit, Wake Me Up/We Found Love, Smooth Criminal, Shape of My Heart, Human Nature, and many other songs. They performed very energetically creating an exciting atmosphere. This was one of the most unforgettable performances of 2Cellos.

Another great live performance by the group was on 4th December 2016. The location of the concert was at Concert Hall, Sydney Opera House, Australia. This performance of the 2Cellos was a tribute to the most popular show, Game of Thrones.

The duo of Luka Sulic and Stjepan Hauser played the medley of Game of Thrones along with the Sydney Symphony Orchestra Opera House. The conductor was Guy Noble. The medley was fantastically and amazingly produced and played. The audio was produced by Sulic, Hauser and FilipVidovic. The 2Cellos enthusiastically performed and mesmerized the audience with their exceptional skills.

5Back To The Roots Live Concert

The group has performed live in many countries. One of the concerts the duo performed at was Back to the Roots. This was at the Lisinski Concert Hall in Zagreb, Croatia. The live performance was in June 2015. Luka and Stjepan cooperated with the Zagreb Soloists to play their favorite classical songs.

They played the classical masterpieces with great enthusiasm leaving the audience fascinated. Both the cellists performed some songs in solo showcasing their amazing skills. The songs they played at their concert are:

On 12 July 2014, 2Cellos performed at the Exit Festival at Petrovaradin, Novi Sad, Serbia. The group played covers of various songs. The audience was spellbound by their outstanding performance. They performed in collaboration with the drummer DusanKranjc. The songs that were performed by the duo are:

Another unforgettable, emotional and exciting performance was given by the 2Cellos. The concert was at the Arena Pula, a Roman Colosseum in Croatia. The concert was on 3rd of July 2013 and this performance of the 2Cellos at the hometown of Stjepan left him emotional. They performed along with the drummer DuscanKranjc that mesmerized the audience. They performed their famous cover songs like Benedictus, Time of Your Life, With or Without You, When I Come Around, Highway to Hell, Californication, Fields of Gold and many more.

Therefore, 2Cellos has not disappointed in their live performance they have always ended their performance with a bang and leaving the audience in fascination. Not only this, the female audience is spellbound by their charming and attractive personality.

They have been in many countries, the dearest performance to them was their performance in Pula. The duo has worked with many artists including Red Hot Chili Peppers Elton John, Steven Tyler, Zucchero, and others. 2Cellos is a great group that gives an exceptional live performance. 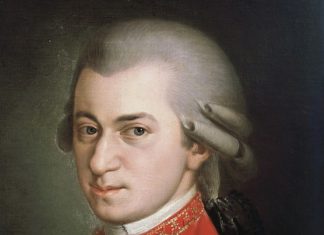 Dr Justin Wildridge - Apr 5, 2018
The Magic Flute was the last opera that Mozart composed. It was an extremely busy and demanding year for Mozart who worked extensively on...

How To Learn Mandolin Without Teacher