To fully appreciate where this title emerged from it is useful to have a window back in time to the era in which Chopin was living, composing, and playing. The Romantic Period in music was one of the extremes. This was perhaps most clearly evident in what is commonly called the ‘rise of the virtuoso’.

Household names like Liszt, Chopin, Rachmaninov, and many others besides were virtuoso pianists and composers whose reputation for unusual musical gifts became their trademark. Many other remarkably talented virtuoso pianists lived and thrived alongside these great composers and who made a rich living by displaying their pianistic powers. For some, this was about a style of playing that Chopin did not find attractive or stylish. It relied on a fluent technique but was felt by many to be superficial, unrefined, and brash.

One such pianist who is thought to align with this showy model is Friedrich Kalkbrenner (1785-1849). To be fair to Kalkbrenner, he had possibly the best reputation a concert pianist and composer could have at the time. It may have been Kalkbrenner’s arrogant comment on hearing the young Chopin play that he would benefit from studying at one of his own ‘Kalkbrenner schools’. Despite this arrogance, Kalkbrenner did make vast sums of money from the publication of his piano method and through his schools. His compositional output was prolific and is thought to have numbered over 200 works, most of which have now been lost.

When Chopin’s reputation gathered momentum, it was in response to the like of the Kalkbrenner, crowd-pleasing approach to piano performances. Chopin was a slightly built man whose health was never particularly strong. Even though Chopin was perfectly able to draw fortissimo passages from a piano, his style of playing was refined, delicate, and richly lyric in character. He was apparently not interested in vulgar displays of technique but preferred to explore the colors of the instrument using his formidable technique to create some of the most beautiful music ever composed.

For some audiences of the time, this was a considerable annoyance, as the subtlety with which Chopin played was in stark contrast to the more popularist direction many pianists had adopted. For others, this is what distinguished Chopin from many other contemporary pianists and sealed his reputation for generations to come.

It was the composer Cyril Scott, who was considered by Eugene Goossens to be “the Father of modern British Music”, who is credited with having written, “Chopin was the musical poet par excellence…”. He continues with. “in his music, at times, and in varying degrees, is that aroma of sadness which is the quintessence of all genuine lyric poetry.” Many commentators besides have remarked at the poetic content of Chopin’s music-making it unsurprising that he has been titled the ‘poet of the piano’.

For anyone who has not heard the music of Chopin, you could be forgiven for imagining that everything the composer wrote was tragic, melancholy, and full of lament, but the truth could not be further from that image. Throughout the two-hundred or so works Chopin composed during his short life, the variety is stunning. Even though Chopin had a great fondness for the sound of the guitar, he composed nearly exclusively for his instrument; the piano.

If you wish to hear the poet in Chopin’s works more closely the ‘Nocturnes’ for piano are an excellent place to begin.

These works that number twenty-one in total and date from 1827-1846. Their inspiration came directly from the composer John Field who is considered by many to be the one who developed the nocturne as a form of musical expression. Chopin acknowledged Field’s influence but took the concept of the nocturne into completely new realms. What for me, highlights the poetic element of Chopin’s writing in these pieces is the effortlessly expressive, song-like melodies that Chopin creates that float timelessly over gently evolving harmonies.

Often Chopin keeps the left-hand as harmonic and rhythmic support for the right hand that characteristically takes momentary flights of fancy in complex free-time flurries. The feelings evoked by these Nocturnes covers so much that reaches into the human soul, from deep sadness and regret to moments of bright elation. The Nocturnes have a narrative quality that is impossible to ignore, although Chopin would have hotly contested ant programmatic content.

If I were to choose a favorite Nocturne it would have to be the Op.48 in C minor.

This composition seems to me to epitomize the poetic nature of Chopin’s music. The depth of expression in the piece is compelling, the melody naïve, yet in a state of perpetual descent. Chopin uses the full dynamic range of the piano in this piece and makes full use of physical range too. Pervading darkness and grief is in the nocturne, perhaps because of the key of C minor, the tempo marking of ‘Lento’, and the heavy chordal accompaniment that at times is in danger of subduing the delicate opening melody.

The ‘Ballades’ written between 1831 and 1842 are not only a display of Chopin’s innate sense of musical form but a uniquely colorful organization of the tonality of each piece.

There is a brilliant technical fluency in the Ballades that for many Chopin scholars represents a kind of summation of his compositional achievements. The lyricism is unparalleled, the drama of each Ballade poised and controlled into an extended musical structure perhaps unparalleled in his other works; even the Piano Concertos. If ever there was any doubt why Chopin has been given the title of ‘poet’ then it is superbly demonstrated in these compositions. For any aspiring pianist, these compositions offer a technical challenge as many of Chopin’s works do, but the additional, and possibly more vital challenge, of playing with just the right measure of expression.

Whether you hear Chopin’s music as poetic or not is always likely to be a matter for each individual to decide. The catalog of Chopin’s compositions presents a window into the life of one of the great composers whose contribution to the piano repertoire is irreplaceable. 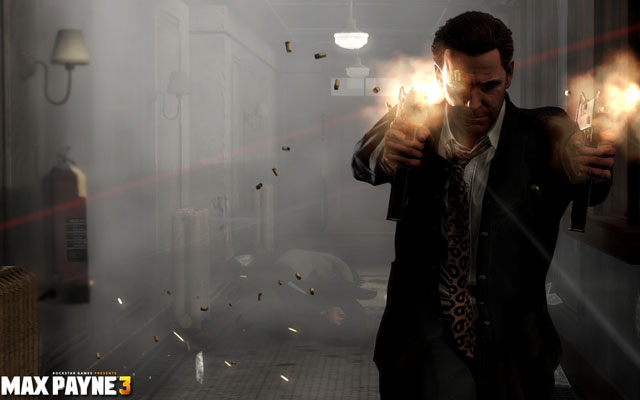 D Grant Smith - Nov 9, 2015
As the music industry continues to deliver harsh blows to emerging indie and unsigned artists by failing to foster a business model that rewards...

The Top 5 Qualities You Need To Be a Successful Musician