What is Form in Music?

Musical form or musical structure is a key element to any musical composition. A little like the construction of a building that determines its appearance and stability, so form in music gives a composition its distinct shape and integrity. Some musical structures are incredibly complex or grand, others more modest and easier to understand when attempting to analyze them. Nearly all of them have variations and historical developments and in this article, I will make a swift survey of the key forms that have dominated the musical composition.

Before we delve deeper into the idea of form and structure it may be of use to understand that the structures often are referred to algebraically. If for instance, you have a piece of music that has two contrasting themes then it is often described as AB form. Likewise, if you had a piece of music that constantly presented new thematic material you might end up with a form close to ABCDEF… with this in mind lets now explore the ides of form further.

If a piece of music had only a single musical idea that was repeated several times then it would be simply A. If there was a variation of the A, then A1, A2, A3 and so on. An example of this could be a simple song where there was no chorus as such but a repeating line somewhere in the lyric that cemented the song together along with the repetitive musical ideas.

Most songs fall more closely into ‘Binary’ form which can be thought of as AB or perhaps, in song terms, verse/chorus. The AB does not determine a length but does show that there are two distinct sections to the piece. Many of Schumann’s wonderful pieces in his collection ‘Scenes from Childhood’ (Kindersezenen; Op.15) for solo piano contains binary form pieces and serve as brilliant examples of this form.

To extend the idea of binary form is ABA form. This is called ‘ternary’ form as it is in three parts. Here you notice that the ‘A’ section returns after the contrasting section to offer coherence to the piece. Sometimes this section is altered or varied to bring a subtle change to material that has already been heard, but this is not always the case.

This form of music has been used by composers since the Medieval times in Western Classical Music and probably further back in musical history too. It is exemplified in the Minuet and Trio, the Da Capo Aria and in a more sophisticated form in many Beethoven’s Symphonic scherzos. It is also possible to have what is often called ‘rounded’ forms in both Binary and ternary pieces that include the repeat of the A and the B sections to give a form similar to this: AABBAA.

For me, Mozart was the quintessential composer of music in ‘Rondo’ form. This form probably appealed to Mozart as it gave him virtually limitless opportunities to devise new thematic material. The Rondo ( or return) often featured as the final movement in a Classical Symphony, Concerto of Sonata. It provided a lighter and often quick-paced conclusion to the work that offered an emotional balance to the entire structure.

The form itself looks like this: ABACADAE… It is easy to see why this could appeal to composers as after the ‘return’ of the A section comes ever new ideas. Mozart’s most famous rondo arguably is the ‘Rondo a la Turka’ from the A major Piano Sonata that may be a little overplayed but does show the form off convincingly. If you are a devotee of Beethoven as I am, then perhaps the Rondo in C major; Op.51 for an introduction to the form.

Other musical forms involve a greater exploration of the presented musical material. This in musical terms is called ‘development’ and is a section in the composition in which the composer takes the opportunity to expand the musical material. This can be melodic, rhythmic or harmonic variation; or all three plus textural changes too. Perhaps the most common developmental form is ‘Sonata Form’. This type of structure became popular in the Classical period, again with such great names as Haydn and Mozart.

Sonata form commonly formed the structural outline of the opening movements of both sonata and symphony. The popularity of the form is easy to understand as it offered almost limitless possibilities for the composer to demonstrate creativity and skill. The opening part of a sonata-form piece is called the ‘exposition’ followed by the ‘development’ and then the ‘recapitulation’.

What this means when you are actively listening to a sonata form piece is that in the exposition the two themes, (A & B), are heard. These themes are usually in contrast to one another often with one more fraught, the other calmer. These themes are then pitted against one another in the development section, where aspects of them are explored, combined and modified. The recapitulation as you may well expect is a re-presentation of the exposition material with some subtle changes in key or order.

As the Classical period moved into the Romantic Period, sonata form developed too. There increasingly became a link between the movements and an ever more elaborate and extended development section. The ides of ‘leitmotif’ was a concept employed by composers such a Liszt whose B Minor Sonata for Piano is essentially one continuous movement based around the opening motivic material.

Amongst so many other musical forms, Theme and Variations for me is one of the most important. A little like Sonata Form, the theme and variations model brings the possibility of immense creativity and ingenuity. The structure comes in different forms and can include an introduction and a coda (or closing passage).

In essence, the opening theme, often a simple one, is played, then the composer constructs some variations on that theme. There are too many compositions to name that use this structure, but I would strongly suggest listening to Beethoven’s 32 Variations in C minor (WoO 80). Here, Beethoven uses a very straight forward opening theme but what he then goes on to construct is astonishing. Rachmaninov’s ‘Variations on a Theme of Paganini’ is also a very popular piece and provides a worthy contrast to the Beethoven. 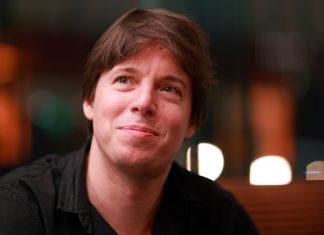 CMUSE - Nov 1, 2017
Biography of Joshua Bell Here is all you need to know about Joshua Bell Background Joshua David Bell was born on December 9, 1967. Little did his...