Music has inspired architecture in many different ways, whether it be indirectly by influencing how a project is approached by an architect, or more obviously in the final form the building takes. Its influence goes far beyond the sites of musical production or performances, like opera houses or concert halls. We’ve compiled a wide variety of buildings from around the world whose design has a link to music.

New Orleans Air Lift, founded following the devastation of hurricane Katrina to provide much-needed support to local artists in the city, was involved in the construction of a group of houses that incorporate music-making installations on the floors, ceiling and on the walls. The village hosts concerts and can also go on tour.

A wall located in a court in Dresden, Germany, plays music to passers-by whenever it rains. The instruments are attached to the wall, which is part of a larger complex of five smaller courts focusing on different topics, including animals and light.

This music-inspired house was commissioned by a pianist who sold her main residence to fund a new place to store her two grand pianos, and for her to live in. The architect responsible for its design used curved walls on the inside to improve the acoustics. The property was named Chimes and is located in a former city garden.

In Huainan, China, a striking building was created in the form of a violin leaning against a grand piano. The violin, constructed from glass, serves as the entrance and it is possible to take an escalator to the piano on the upper level. The local technical university was involved in its construction at a scale of 50:1. Oddly, it does not serve a musical purpose but is rather the location where plans for newly developed urban areas are displayed.

This office building in Prague is a location for several multi-national companies. It resembles a dancer in a dress with a man in a hat and has thus been referred to as Ginger and Fred, referring to Ginger Rogers and Fred Astaire. The Dancing House was also conceived as showing the clash between older, authoritarian tendencies and the modern.

The Grand Guitar in Bristol, Tennessee, is a museum, and music and gift shop. It contains a collection of instruments, among them guitars, violins, and banjos. The guitar-shaped building is the only one of its kind in the world, measuring 70 feet long and 3 storeys tall. 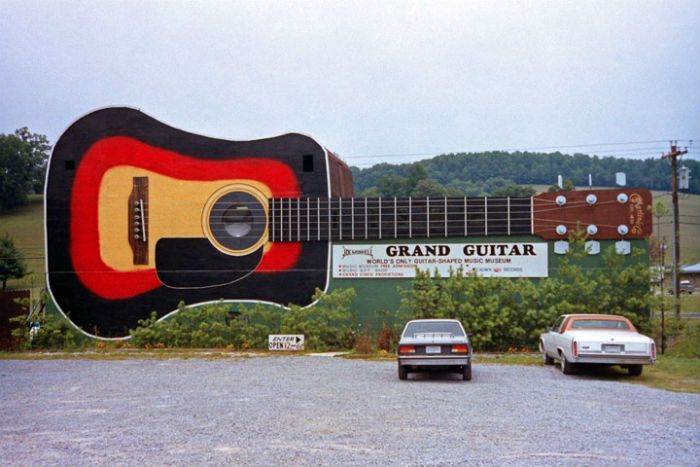 Based in Seoul, South Korea, the roof of this art gallery drew its inspiration from a musical score by Hungarian composer Istvan Anhalt.

The six-storey office building from the early 1900s in Minneapolis is most famous for the musical score for piano printed on one of its outer walls. The mural was painted on the building during the 1970s as an advertisement for the Schmitt music store which was previously based there. Can you recognise the piece of music?

Although the huge clarinet on the side of the building was not actually painted on when it was first constructed, it’s hard to miss today. In the mid-1990s, developers renovating the hotel commissioned an artist to paint the 16-storey high instrument, conceived as a gesture to the rich history of New Orleans jazz. The style of clarinet depicted was popular during the 1920s. To celebrate its completion a year later, a large clarinet jamming session was arranged. 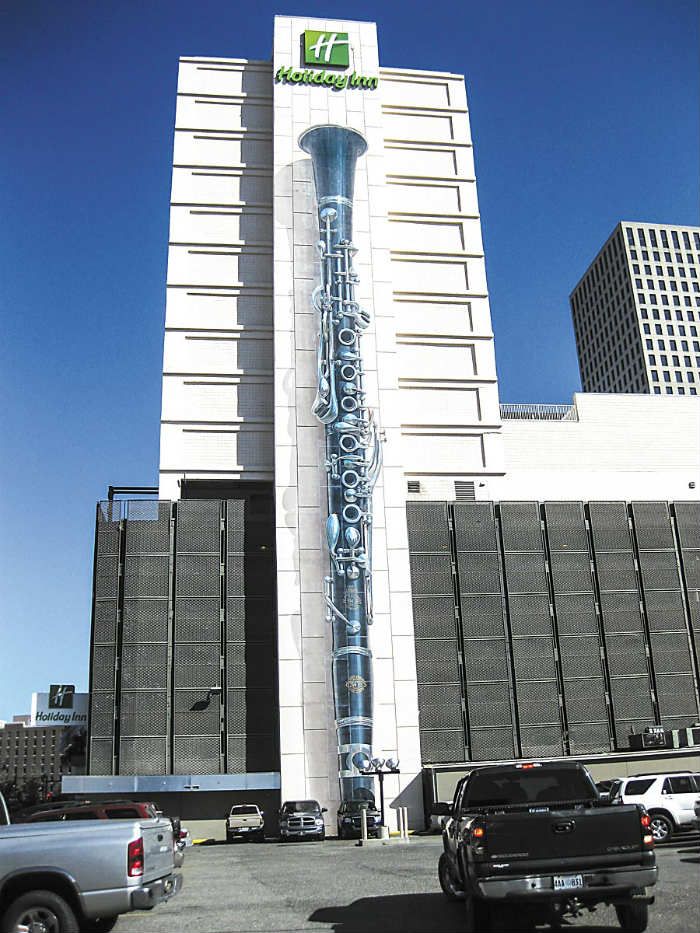 When Polish-American architect Daniel Libeskind designed the building for the Jewish Museum in the German capital, his work was inspired by Arnold Schönberg’s incomplete opera Moses and Aron. The zigzag style of the new building contrasts starkly with the older baroque-style building close by which together form the museum’s premises. 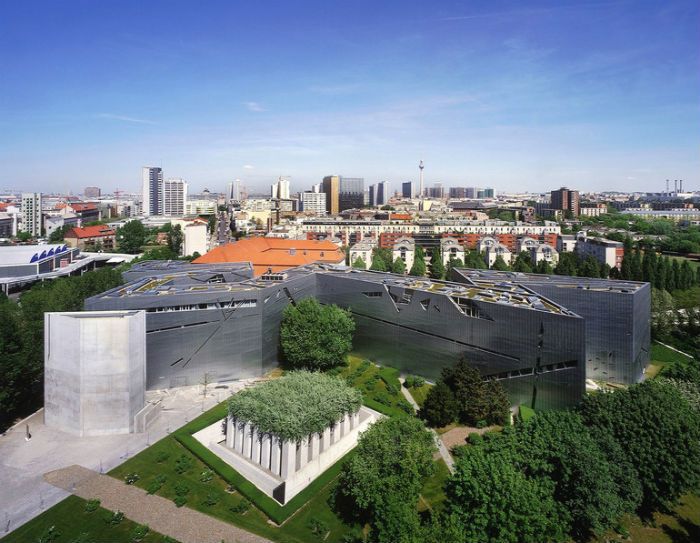