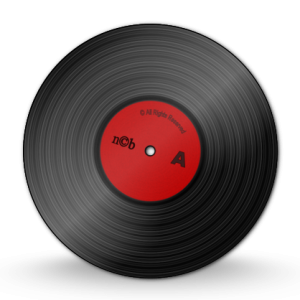 RCA Victor introduced an early version of a long-playing record for home use in September 1931. These “Program Transcription” discs, as Victor called them, played at 33⅓ rpm and used a somewhat finer and more closely spaced groove than typical 78s. They were to be played with a special “Chromium Orange” chrome-plated steel needle. The 10-inch discs, mostly used for popular and light classical music, were normally pressed in shellac, but the 12-inch discs, mostly used for “serious” classical music, were normally pressed in Victor’s new vinyl-based Victrolac compound, which provided a much quieter playing surface. They could hold up to 15 minutes per side.

Beethoven’s Fifth Symphony, performed by the Philadelphia Symphony Orchestra under Leopold Stokowski, was the worlds first LP (12-inch) recording issued. The New York Times wrote, “What we were not prepared for was the quality of reproduction … incomparably fuller.” Source.