Arguably this collection of 48 Preludes and Fugues is one of the best known, respected, and performed selections of pieces composed by JS Bach. It is a collection of pieces that Bach composed throughout his life culminating in the complete coverage of all major and minor keys. The first 24 preludes and fugues were composed around 1722 with the next 24 composed over twenty-years later.

Why ‘well-tempered’? From the perspective of the 21st Century, it is hard to imagine that there was a time in musical history when musicians did not collectively agree on a single tuning system except that or ‘meantone tuning’.

In 1691 Andreas Werckmeister (a notable organist of his time), proposed a system of tuning that divided the octave into twelve equal intervals. Bach had allegedly been an advocate of the equal temperament tuning system and tuned his own keyboards using this concept. The idea of equal temperament tuning had been in the minds of scholars many years before but Werckmeister can perhaps be credited with spurring the concept further, that by the end of Bach’s life had taken firm hold.

Measuring the difficulties of any given piece of music is the subject of healthy debate. Fortunately, many of these pieces have been chosen as pieces for examination purposes and therefore have been attributed to a broadly agreed standard of difficulty. The element to keep in mind is that even if a piece in the collection is loosely described as ‘easy’, to play it competently is never an easy challenge. I would also add that like the pieces themselves that spanned a considerable period of JS Bach’s life, these preludes and fugues are also a lifetime occupation, ambition, or pursuit evolving with you as you grow in musical understanding and technical strength.

To provide a relatively balanced opinion of difficulty levels, I have researched several prominent sites that offer these rankings. What is important to note is that Bach composed both books of the ‘Well-Tempered Clavier’ in the form of a prelude followed by a fugue. Some of the preludes alone are not as difficult to learn as the combination of both prelude and fugue together. This is down to the fact that the fugues are written in a complex polyphonic way that is always a major challenge to play well. Achieving a controlled balance between four independent melodic lines is not a simple task.

Whilst these may on a first glance seem to be the simpler preludes and fugues to attempt, they reveal many obscured aspects of the compositions that only surface on closer study. The intricate textures that Bach composes are never to be taken lightly and even though the keys of these pieces are by and large, more approachable, the finer points of each work should not be overlooked.

G. Henle Verlag has helpfully provided their own difficulty ratings for many compositions including Bach’s ’48 Preludes and Fugues’. Henle grades from 1 – 9 with 9 being very difficult. They are broadly in agreement with the evaluation made on PianoTV (above). At the entry-level of the challenge comes the C major prelude (BWV 846) at level 2, but the Fugue at level 6.

Interestingly, they also rate the E major prelude (BWV 854) at level 4 with its companion fugue coming in at level 6. At the higher end of difficulty is the prelude in B minor (BWV 869), at level 6, and its accompanying fugue at level 7. None of either Book 1 or Book 2 is graded above a level 7 by Henle.

The Associated Board of The Royal School of Music, London includes many of Bach’s works on their published practical examination list (2020-2021). This grading of difficulty is often seen as a reliable source of information when trying to judge the difficulty of the Well-Tempered Clavier pieces, amongst others. For example, Grade 8 Piano (the level just down from a Diploma), includes the ‘Prelude and Fugue’ in G (BWV 884) from the second book. No other works from the ‘Well-Tempered Clavier’ are included in the examination syllabus at earlier grades although other works from Bach are there.

Similarly, Trinity College London does not include any of the ‘Well-Tempered Clavier’ until their Grade 8 examination for piano. Presently the E major Prelude and Fugue (BWV 854) is the first option of the current specification illustrating the technical challenges that this piece presents and the expectations of pianistic maturity perhaps required to play this piece competently.

What is clear from this brief survey is that technical difficulty can be agreed upon for most of the pieces in the ‘Well-Tempered Clavier’, but finding universal acquiescence regarding musical difficulty and challenge is another realm entirely. Amongst the collection of 48 pieces, there is something that would suit a player who has been studying the piano for at least a year (unless they have made giant steps forward), in the preludes.

The fugues, because of the style and nature of their composition, might be technically mastered by a less experienced pianist, but the nebulous musicality that I mention above is a far greater challenge. I have heard many technically brilliant renditions of the Bach fugues but rarely have I heard a performance of them that seems to me to have a convincing, passionate musicality.

Having made the statement above, I feel it important to offer an example of a performance that for me captures the essence of Bach and his music, bringing to life the multitude of emotions and moods that are contained in the ‘Well-Tempered Clavier’.

Released in 2020, Trevor Pinnock’s, recording of Book One of the ‘Well-Tempered Clavier’ has all the magical ingredients I listen for in a Bach performance. To date, he has only recorded the first book but having embarked on this musical journey, I have no doubt Trevor Pinnock will follow soon with a recording of the second book. 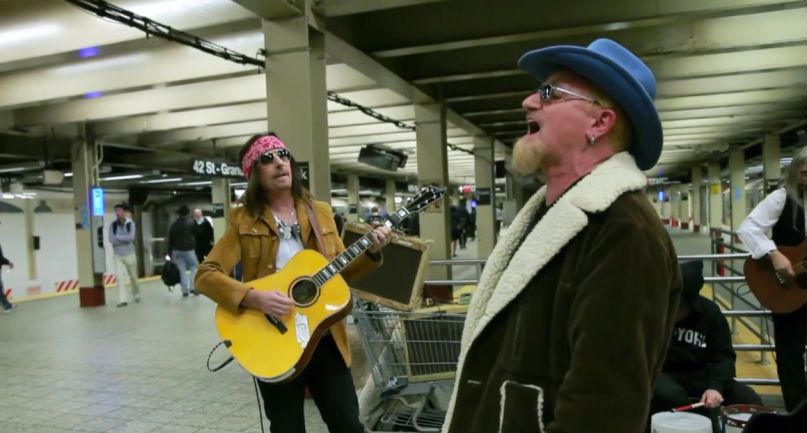 D Grant Smith - May 30, 2015
Our collective attitudes on local musicians playing in public places may vary, but how would you feel if you had to chance to see...

Seven Composers and Their Mental Illnesses