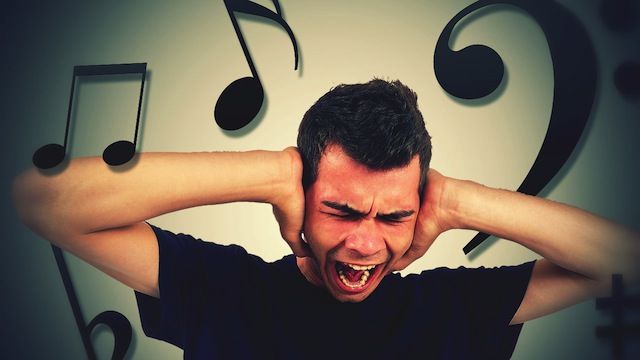 You’re minding your own business, doing what you normally do as you get ready for work. While you’re in the car, you hear a song that catches your ear, and the next thing you know a line or two from it is stuck in your head. You can’t remember how the entire song goes, just that one line. Was it from the chorus? Was it just a line in the song that stood out? Either way, it plays on repeat over and again in our cranium all day.

What can you do to remove the song that is stuck in your head?

Does the term “earworm” have any significance to you? It’s a word used to describe the effect of having a song (or part of a song) play repeatedly in your head. Scientists and psychologists have been studying the causes and effects of earworms to determine if there is a scientific source for these occurrences as well as trying to find a solution to this ongoing problem.

One cause for earworms is a heavy emotional experience. If you hear a certain tune while you’re in a strong emotional state, the next time you feel that emotion could cause an earworm of the same song.

Scientists have found that the best solution to an earworm is to make yourself (or your brain in this case) become so enthralled with something else that the song evaporates from your conscious thought. This has proven to be successful for most people dealing with a song stuck in their head. However, this method is not fool-proof.

When concentrating on other emotional cues does not give you the earworm relief you seek, you can also try to confront the song head on. Yes, look up the entire song, play it at full volume and sing along if you know the words. The idea is that by subjecting yourself to the entire song, the piece that was stuck in your head gets bumped out and your mind can move on.

When concentration and confrontation don’t work, the third option is another “C” word, chase. The logic of the chaser is to force the earworm out through listening to other music. Whether the other song (the chaser) has an emotional appeal to you or not doesn’t seem to be the power that pushes the earworm out, but the commitment to engaging in the song does have significant effect on how well the chaser can push the earworm from its hiding spot within your mind.