The group that has been in limelight recently, The Piano Guys is a group of four dads. This group became popular in 2010 when they started uploading their videos on the YouTube. The group includes:

They use piano and cello to produce the great mixture of rock and roll, classical and contemporary. From the very beginning, they created their videos in high-quality that attracted the customers. Their main purpose was to change the lives of people through their music. They make their music joyous and hilarious for their audience.

They have performed in several countries for many years. In this article, we have listed some of their outstanding performances.

Take a look at their live performances.

One of the recent performances by The Piano Guys was on August 17th, 2017. The group performed live at Red Rocks Amphitheatre, Morrison, CO, USA. They played many songs, one of the best-performed song was A Thousand Years. The song is originally sung by the artist Christina Perri. The group played a great cover that left the audience spellbound. They played covers of other famous songs, the list included:

2Live Performance at the Inauguration of President Trump

Another great performance by the fantastic The Piano Guys was at the Inauguration of President Trump. They performed at the Walter E. Washington Convention Center, Washington DC, USA. The concert was held on January 20th, 2017. They played the cover of the Fight Song/ Amazing Grace. They know how to make their audience have an incredible time. The four dads left their audience mesmerized with their beautiful performance.

The Piano Guys performed incredibly well at the Red Rocks Amphitheatre. The concert was held in August 2015. The concert was organized by SoundStage, it was a special event. The songs played by the group were covers of popular songs. They performed covers of several songs including Epic / Let it Go and What Makes You Beautiful.

The Piano Guys increased the excitement of the audience by performing enthusiastically. The audience was left amazed by their exceptional skills.

The Piano Guys performed at the Warsaw, Poland on 6 June 2017. They performed covers of various songs that spellbound the audience. One of the best cover songs they played was Beethoven’s 5 Secret. The performance was exciting and unforgettable that left the audience awe-struck.

It was the energy of the musicians that was commendable and made the audience headbang with them. Every single time they hit the stage, they create the magic that captivates everyone. This time, this situation was no different. It wouldn’t be wrong to say that they came, played, and conquered.

Next exceptional performance by the Piano Guys was at the Ravinia Festival on 26th August 2015. The concert was held at the Pavilion, Highland Park, IL, USA. On their concert, they played many covers of the well-known songs. The songs they played included Let it Go- Frozen. Their performance is outstanding, that leaves the audience fascinated. The audience was swaying on the music that encouraged the group to perform enthusiastically.

Another remarkable performance given the by The Piano Guys was at the Red Butte Garden. They performed Beethoven’s 5 Secrets. The concert was held in August 2013 in which the group showcased their exceptional skills. The performance was very entertaining that made sure the audience had a great time. Their energetic performance made the audience go crazy. The arrangement of the music, stage, and lighting was fabulous. The music was so deep that left the audience with fascinating.

The Piano Guys gave an outstanding performance at the Santander Arena and Performing Arts Center. The concert was held on 3rd March 2015. The group played various cover songs, the most enthusiastically played was the Dumb Song and Charlie Brown Medley. This performance was heartfelt by the audience.

The atmosphere of the concert was energetic. The electricity was in the air and everybody was moving to the beats of the music. The lighting, stage arrangements, music arrangements, away of performing was all awe-inspiring and people were going gaga. Even at the end of the concert, “once more” chants were in the air.

The Piano Guys performed in Pittsburgh in 2013. They gave an incredible and amazing performance. They lifted the spirits of the audience by performing the best cover of A Thousand Years. This is one of their famous cover songs that they perform in every concert. They add a hilarious factor to their performance that leaves their audience in laughter. They have sold-out concerts because of their excellent performance.

Another great performance by The Piano Guys was at the Circus Krone, Munich. The concert was held on 3rd December 2013. In this concert, The Piano Guys played Rockelbel’s Canon in their concert. The audience was left stunned by their excellent performance. The cover was played extremely well, the composition of the song was great.

In the end, The Piano Guys was a group of normal guys that decided to make an impact on the lives of people. They add a classical touch to the music they play. With their aim to make the world a better place, they create inspirational videos.

Within few years, they have reached 5 million subscribers on YouTube. Some of the countries they have performed in include Germany, Russia, Hungary, United States, Germany, and England. The Piano Guys performed at the inauguration of the President Donald Trump. The group performed several settings like classical and pop. 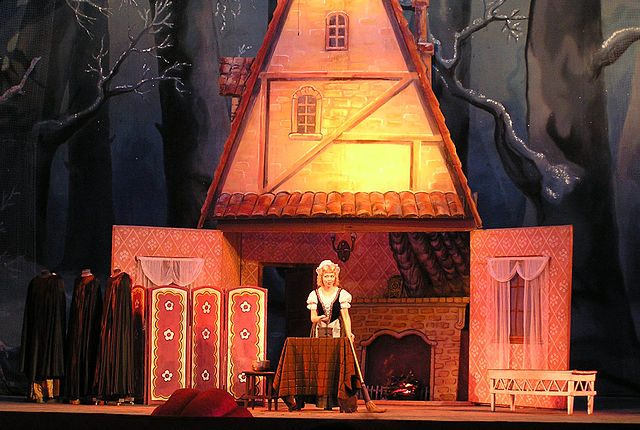