Musical theatre lovers rave about the title song of Andrew Lloyd Webber’s Phantom of The Opera: a rock performance literally erupts within the gilded walls of an opera house, as The Phantom lures Christine Daae, a promising soprano and the quintessential ingenue to his lair in the bowels of the theater—also complete with a lake! They both refer to each other as “Angel of Music,” but unfortunately he is nothing more than a teacher to her, whereas his obsession for her is, well, quite morbid. In fact, Christine is in love with Raoul, the Vicomte de Chagny, who is one of the new patrons of the Opera.

Webber drew inspiration from Gaston Leroux’s novel published in 1909-10. Back in 1984, his artistic goals were set towards a romantic piece, and when he found a second-hand copy of Leroux’s novel (which, by that time, was long out of print), inspiration struck. “I was actually writing something else at the time,” he reminisced in The Phantom of the Opera Companion, “and I realized that the reason I was hung up was because I was trying to write a major romantic story, and I had been trying to do that ever since I started my career. Then with the Phantom, it was there!”

In the original novel, thanks to a character known as The Persian, we are given a much more detailed back story of one of the most tragic characters in fiction, opera and musical theatre. We find out that the Phantom’s real name is Erik and that his face, covered in yellow dead flesh, is noseless, lipless and resembles a dried-up skull. He was  shunned by his mother, who never gave him a kiss because she was disgusted by him, and he ran away as a child and made a living as a freak-show attraction and led a nomadic life between the court of the Shah of Persia, South-East Asia and Constantinople. In all those places, he stood out for being a gifted architect.

That’s how he ends up in Paris, where he managed to create a labyrinthine system in the cellars of the Paris Opera. In those vaults, he also stored enough gunpowder in the bowels of the Opera so, should Christine refuse to be his bride, he would be able to blow the whole structure up.

In the introduction to the novel, Leroux frames the story as a historical recount of one of the biggest tragedies that hit the Parisian upper class. He claims  that, after a series of minor ordeals, he finally managed to obtain, from a magistrate named Faure, a bundle of letters the latter was handed by the Persian that were, allegedly, in Christine Daae’s handwriting.

Fictional flights of fancy aside, The Phantom of the Opera is not entirely a figment of Gaston Leroux’s imagination. Prior to turning to fiction, he was a court reporter, a theater critic and he also covered the 1905 Russian Revolution for Le Matin. He covered an in-depth reportage on the former Paris Opera, which was the stronghold of the 1871 commune and whose basement contained a cell where victims of the regime were imprisoned.

The name “Erik” was inspired by the fact that Leroux had heard a rumor that one of the Opera’s architects, named Eric, had asked to live amid the foundations of the structure and had never been seen again. Christine Daae’s character resembles real-life soprano Christine Nilsson. Both were Swedish-born, came from a poor family and excelled in the performance of Faust.

Architectural-structure wise, there is indeed a lake at the foundation of the Opera house, because when architect Charles Garnier was digging its foundation, he and his crew had hit an arm of the Seine hidden below ground and there was no use in trying to pump the water out. So, he decided to control the water in cisterns, which now fully resemble an artificial lake. The lake has an inhabitant, namely a catfish, which is fed by the Staff.

What’s more, both the Musical and the original novel feature a falling chandelier, which actually mirrors a real accident that occurred at The Opera in 1896,  when one of the counterweights of the chandelier fell into the audience and killed a concierge named madame Chomette. Leroux himself mentions the  Opera records’ burial  within the vaults of the Opera, which is actually a historical fact: 24 phonographic records were sealed and hidden in those vaults and remained unopened for one hundred years. He also adds that a corpse was found by the workmen in charge of storing those records, but there is no official record of a body being exhumed on that occasion.

To this day, however, Pierre Vidal, the curator of the Palais Garnier Museum and Library, still receives calls where he is asked whether or not the story of the Phantom is true. “We don’t like to break the illusion,” he told The Telegraph, “but nobody has seen a ghost in the opera house. Although we do blame the ‘Phantom’ as a joke if something inexplicable happens.” 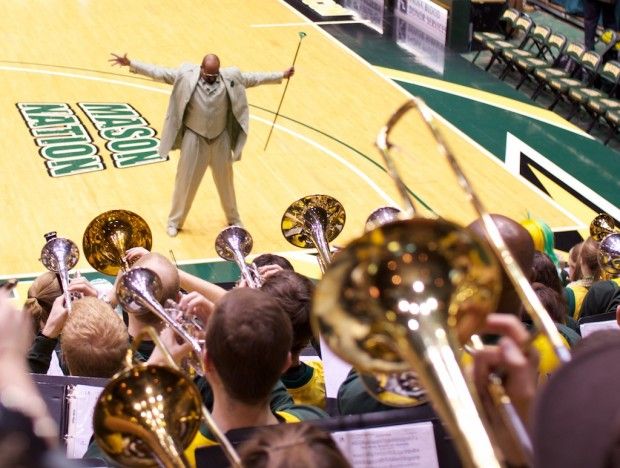 D Grant Smith - Nov 5, 2014
Cover bands are known for mimicking the look and feel of the tribute artist. They’re also prominent in performances in bars and clubs. But...