Biography of The Chemical Brothers

The chemical brothers changed the face of music by transforming big beat hip-hop and techno into an international trend. Formed as a partnership between friends, the Chemical Brothers started as an ordinary duo that ended up making extraordinary music that simply could not be ignored. Highly considered as cult leaders in their chosen genre of music, the Chemical Brothers have produced music incessantly that has continued to surprise the world and push musical boundaries.

Very few artists in the world have managed to reach such critical acclaim despite having thrived in the business for more than two decades. They are regarded very highly not just in the United Kingdom but in other parts of the world as well. Alongside other big beat acts such as Fatboy Slim and the Crystal Method, the Chemical Brothers have reserved a special place for themselves in the annals of music history.

The electronic music group made up of Ed Simons and Tom Rowland was formed in Manchester in 1989. Rowland and Simons, at the time of their meeting, were both enrolled at Manchester University although none were originally from Manchester. Rowlands was born in 1971 in Kingston upon Thames while Simons was born in Herne Hill in 1970.

In truth, none of the group members had a real interest in the same history course that they were pursuing at the university. As a matter of fact, Rowlands opted for Manchester University because it was closely situated to the popular Hacienda Nightclub while Simons chose Manchester because it was the birthplace the legendary groups the Smiths and New Order.

The two, however, discovered that they had a shared interest in the same genres of music, specifically Balearic house which emerged in the mid-1980s. It was this blend of DJ-led dance music that allowed the pair to start sampling various hotspots in the Manchester area together which consequently cemented a friendship and musical partnership that has lasted the ages.

During their club escapades, Rowland was already actively participating in music as part of the group Ariel which had released a number of Balearic releases under Deconstruction Records. When the pair discovered the mutual interest in acid house, hip-hop, and techno; they started DJing at house parties under the pseudonym the Dust Brothers.

Please note that by this time, there already existed another massively successful group of American west coast hip-hop producers that used the same stage name. Later on, in 1995, Rowlands and Simons would later be forced to look for an alternative name owing to the threat of legal action from the original Dust Brothers, which is what brought about the group’s new name the Chemical Brothers.

After a stint performing in small functions and events, the Dust Brothers got their first major break after booking a DJing gig in 1991 at the Manchester-based club Naked Under Leather.  The duo performed a Balearic blend of unheard of house tracks, hip-hop breakdowns, and dance fusions that helped to draw in crowds by the hundreds.  As their club night appearances at Naked Under leather became more popular, they began working on creating an original sound that would set them apart from the rest.

It is at this point that they created Song to the Siren in their small bedroom studio apartment, and they released 500 limited copies that garnered them the attention of top DJs at the time including Justin Robertson, Darren Emerson, and Andrew Weatherall. Weatherall helped the duo to license the single under Junior Boy’s Own Records as the duo focused on completing university.

After graduating, Rowlands and Simons both moved to London where they had booked residency in another popular local establishment known as the Sunday Social while they also continued to work on another EP titled 14th Century Sky, which became popularized by the singles Chemical Beats and My Mercury Mouth.

Following the success of their first releases, the two friends signed to Virgin Records in 1995 under their new stage name the Chemical Brothers with their first releases being “Leave Home” and the album Planet Dust. By this time, the group had become so popular that they had even worked alongside some high profile acts such as Primal Scream, the Charlatans, and the Prodigy just to name a few. In turn, their residency at the nightclub turned into one of the most highly attended events on the social calendar.

In the meantime, the group also releases Live at the Social Vol. 1, as well as their debut album titled Exit Planet Dust, which became an instant best seller. The debut album was praised by the liked of Noel Gallagher from Oasis who also agreed to lend the group his vocals for the song Setting Sun which shot straight to number one in the 1996 charts. That same year, the Chemical Brothers opened up for Oasis and they also got a chance to headline shows all over Europe.

The group’s second album titled Dig Your Own Hole was also a massive hit after it was released in April 1997 and so did consequent albums  Brothers Gonna Work It Out (1998) studio LP, Surrender (1999) and later Com With Us which led the group to take a three year break. 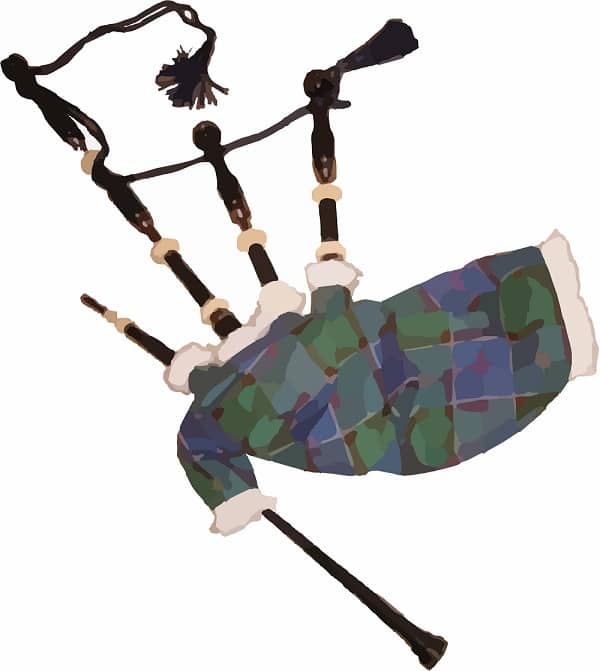 Bagpipes: What is a Bagpipes? (Definition and History of Bagpipes Musical...

CMUSE - May 21, 2018
What is a Bagpipe? A bagpipe is a musical wind instrument with a number of pipes and a bag that is, reed melody pipes and...