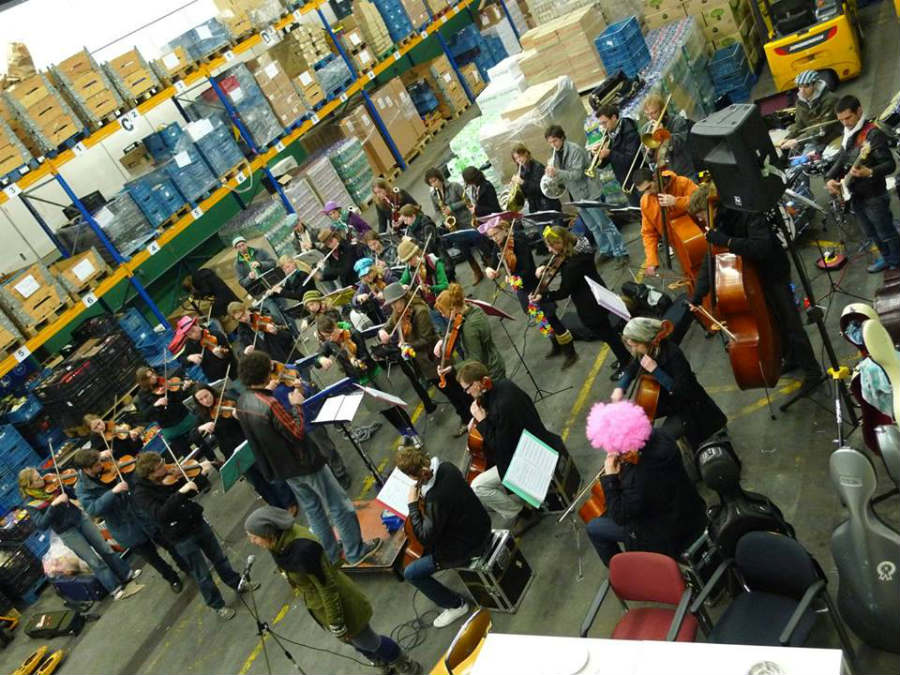 A new project is being launched to establish the Street Orchestra of London, which will make its way around the city playing impromptu concerts in public spaces like parks and squares during the summer. The organisers, who launched SOL at Nonclassical’s Battle of the Bands earlier this month, are looking for applicants from musicians in all sections of the orchestra by 22 January.

The idea behind the orchestra is that it will enable musicians to bring classical music to everyone. With a set-up time of less than three minutes after arriving at a chosen location, SOL is also planning to play shows in refugee centres, hospitals and other public buildings. “SOL believes that every human being has an equal right to enjoy quality live music. Symphonic music should sound everywhere and anyone should be able to come into contact with it,” their website says.

Beyond the innovative settings, members of the orchestra dress for their performances in everyday clothes, part of an effort to break down any perceived barriers with their audience. They also cover virtually all conceivable musical genres, from baroque to contemporary, and jazz to heavy metal.

There are considerable benefits for the musicians too. SOL will give them the opportunity to perform, arrange and compose their own works, while visiting locations which many would often never get an opportunity to see.

The inspiration for SOL came from a similar initiative in Amsterdam. The Ricciotti Ensemble has been running for over 40 years and has played in prisons and hospitals as well as on the streets of the Dutch capital. Some musicians involved with the ensemble in 2015 speak here about what their experiences were like.

If you are in London this summer, look out for SOL concerts taking place from June.