Introversions is San Diego-based Sluka’s tenth studio album. Taking listeners on a journey from rock ballads to pop, with an unmistakable ‘80s influence at times, Sluka brings together thoughtful lyrics and clever instrumentation.

“Doctor Strangelove” shows Sluka at his best on the album. It’s a track combining a memorable guitar pattern with Sluka’s powerful singing. It’s no surprise to learn after hearing this track that Sluka has built up a reputation over the years for his live shows.

“Doctor Strangelove” follows on from “Paralyzed,” an acoustic track with a strong nod to the rock ballads of the 1980s and ‘90s where Sluka’s voice again shines through. “Valentine Lies,” Introversions’ opening track, is also a ballad but on an much larger scale and with an entirely different instrumental arrangement, including the piano. The listener can immediately imagine this song being performed in a large auditorium or other performance space.

The all-too-brief “Fear of Ordinary Life” captures one’s attention above all due to the creative instrumentation which features piano and strings alongside a guitar part. If there’s one drawback to the album, it’s that one or two of the other tracks have less of an innovative edge to them and tread at times a somewhat more worn pop path.

The album ends on a high with “Gothic Cavalier,” which has something of a prog rock quality about it while still sounding fresh.

As well as a musician who plays all of the instruments on the album, Christopher Sluka is also a visual artist. He is currently working on a video release of Introversions due out in November on Blue Ray, and another album is planned for 2017. The Blue Ray release will include 13 videos, one for every track on Introversions, and coincide with a tour of European club venues. Four of the videos are already available.

More information on tour dates can be found on Sluka’s website. 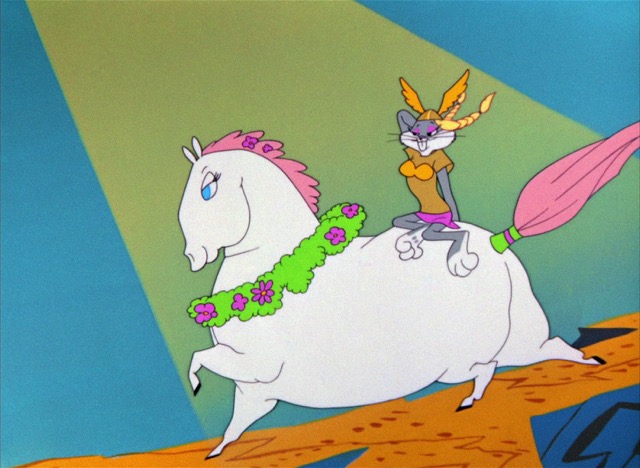 Angelica Frey - Jul 18, 2016
For many of us, Tom and Jerry, Fantasia and  the Looney Tunes were the first foray into the world of classical music and opera....