The Christmas carol Silent Night was first performed at a Christmas Eve service in 1818 in the village of Oberndorf, outside of Salzburg, Austria. The story behind this gentle song about a peaceful, “heavenly” night began in the aftermath of the Napoleonic wars. It has since become one of the most beloved carols of all time and was named an intangible cultural heritage by UNESCO in March 2011.

The Napoleonic wars ended in 1815 after almost 20 years of fighting. Borders were redrawn throughout Europe to comply with the Congress of Vienna. Salzburg, formerly a principality, had lost its independence and was divided in 1816 among Austria, Germany, and Bavaria, using the Salzach River as a natural border. Joseph Mohr, an assistant priest, was living in the village of Mariapfarr in Salzburg’s Lungau region during the withdrawal of Bavarian troops in 1816 and 1817. He saw firsthand the employment and economic loss the people had experienced during the wars.

Mohr’s connection to the region was more than serving as a village priest. His own family had lived there since the 1600s. For hundreds of years, the Salzach River had served as an important waterway for the salt trade and many of the jobs in the region dealt in some way with transporting salt. The war brought about a decline which left area boat builders, laborers, and transportation companies out of work. Mohr wrote a poem in 1816 called Stille Nacht! Heilige Nacht! (Silent Night! Holy Night!) that longed for a safe and peaceful world.

For the first two years of its existence, Mohr’s poem was still a poem. After he accepted the position of assistant priest for the St. Nicholas parish in Oberndorf, a village 11 miles outside of the city of Salzburg, he met the parish organist, Franz Gruber. On December 24, 1818, Mohr asked Gruber to compose a “fitting melody” for the poem he had handed to him, suggesting it be for two solo voices, choir, and guitar.

Gruber started working on the new composition that very day and returned with a completed work in time for the Christmas Eve mass later that night. The music included all six original verses. Mohr played the guitar and sang tenor; Gruber sang bass. Many of the people in attendance were of the same professions that had suffered economic loss during the war in the salt shipping trade. They, along with their families and friends, approved of the song.

The carol made its way across Europe during the 1830s and was introduced in New York in 1839 as part of the concert repertoire of two musical Tyrolian families. By World War I, Silent Night was known around the world and was one of the carols troops on both sides of the Western Front sang when they created their own Christmas Eve cease fire. This became known as the Christmas Truce of 1914. The two sides alternated singing carols and folksongs but then the Germans and British sang Silent Night at the same time, each in their respective language.

Silent Night has since been translated into at least 300 languages and dialects. The Silent Night Memorial Chapel in Oberndorf opened in 1937 and is standing where the St. Nicholas church previously stood before it was torn down. The chapel holds a memorial service every Christmas Eve to honor Mohr and Gruber. Thousands of international visitors come to the service that always ends with the singing of Silent Night. Likewise, the carol is sung at the close of Christmas Eve services throughout the world.

English speaking versions are usually printed with just three of the six verses. The original Austrian melody is slightly different from the melody that has become familiar. Gruber himself wrote several arrangements of the tune for different instruments. Either way, the simplicity of the music and the gentleness of the text continue to represent a quiet peace for all who listen. 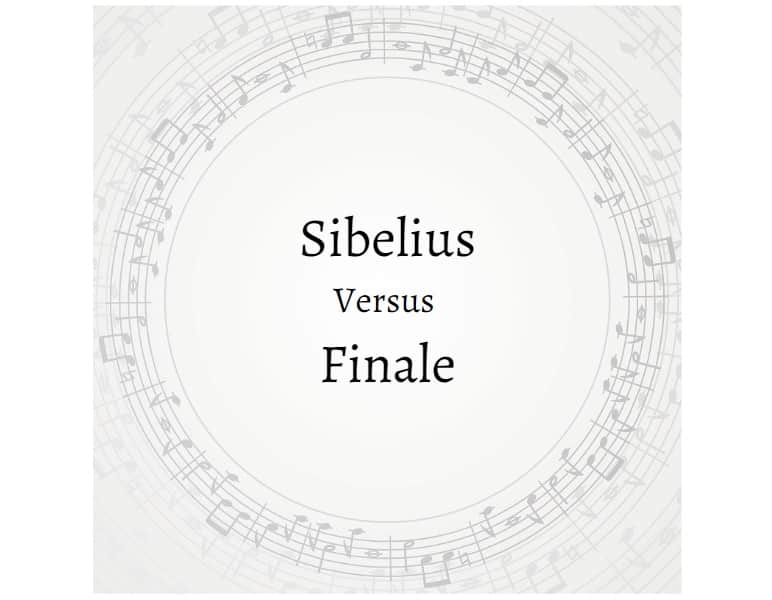 Dr Justin Wildridge - May 28, 2020
Essentially, there are two different types of software programs in common use amongst composers today. These are ones designed to produce professional-looking scores, the...