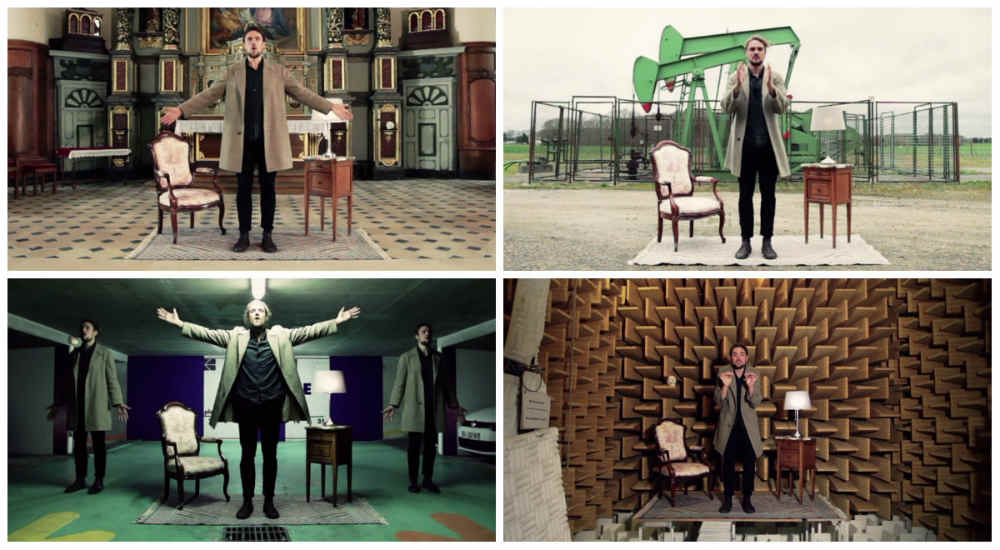 We typically associate the phrase “taking your voice on tour” with road trips, heartfelt performances on stage and, maybe, stage diving.

Singer Joachim Müllner, however, interpreted it in a slightly different way: rather than going from starting point A to destination B, he took his voice on an acoustic tour in order to demonstrate that the size and shape of a room, the texture of the walls and the atmosphere can have a major impact on how the voice (or, as a matter of fact, any instrument) sounds.

We see Müller perform in churches–where his voice produces a resonant echo– living rooms, gymnasiums, attics, winter landscapes, track fields and also an anechoic chamber, which, as its name suggests, eliminates all sound reflections. The two registers used by the performer are tenor and falsetto, and the seamlessly edited video, where each spatial transition is as smooth as it can be, is both smart and funny.