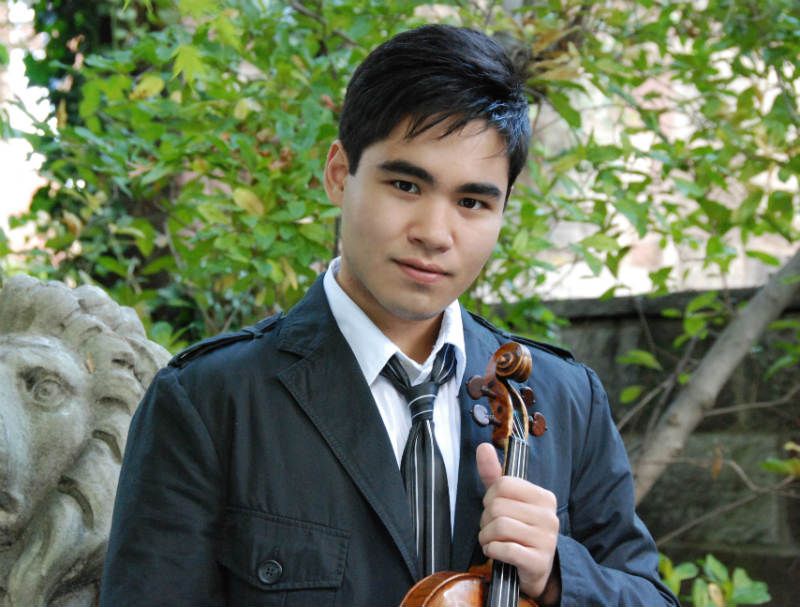 If you need proof that classical music lends itself to countless contexts and environments, well, let us just tell you that violinist Eric Silberger performed inside Icelandic volcano Thrihnukagigur last year. “The first thing I played was the Icelandic National Anthem and then, after that, I played Bach’s Chaconne and Paganini’s 24th Caprice, because those, for me, represent the milestones in violin literature,” Silberger told us. Silberger, who has been mentored by maestro Lorin Maazel— he played as soloist chamber musician and as the orchestra principal under him— started playing the violin at the age of five.

There are four generations of violinists in his family so, by the time he was five, he just thought “Why not start playing?” . What started off as a “just for fun activity,” however, soon resulted into his first recital at six, where he played the Vivaldi Violin Concerto; at the age of eight, he played Mendelssohn’s concerto and, when he was ten he was playing “a lot” of Paganini’s concertos. In his free time Silberger, 26 likes playing tennis, watching “some tv shows” (though he does not want to say which ones) and trying to learn some languages. In fact, aside from being fluent in German, he also speaks about twelve different languages, according to him “very poorly” (we somehow doubt that). “I can say enough things in most languages so that I don’t offend people,” is how he phrases his linguistic abilities. Below, excerpts of a highly entertaining chat that took place in the lobby of the Bank of America building in New York.

What violin do you have?

You try to revolutionize classical music as much as possible. Can you give me a recent example of that?

I recently released a video, Paganini’s 24th Caprice, and I stacked all the variations on top of each other, and at the end you see eleven variations on the screen. It’s something that’s never been done: also, in terms of camera angles. In hundreds of years that the piece has existed, no one has ever actually tried to record with all those layers and I have no idea why.

Why the 24th Caprice anyway?

It’s a piece that always meant a lot to me, and many people. For me, especially as a violinist, it’s a work that puts everything together, a lot of different types of technical elements, but it also inspired a lot of composers, like Brahms, Schumann, Rachmaninoff..Liszt. They all did something that pays homage to that particular caprice, so I was thinking about it a little bit more. So one day I was just experimenting with the piece and I was “Wait, it harmonizes. Why has no one actually seen how it would sound if you had more than one at the time?” So I just did this.

You are also quite technologic in the use of equipment. I know you have been harboring the idea of using a gopro to show the performances from the
performer’s point of view.

In the 4th variation of Paganini’s 24th caprice, you can actually see a GoPro footage. It’s quite unique; it’s outside the Natural History Museum and it was one of the most ridiculous scenes ever. I was on a trolley, those things they hoist the luggage on, and [violinist] Lara St John was pushing me and I was holding the violin in front of me while I had a GoPro attached to my head.

Speaking of your volcano performance, were you actually scared of being *inside* a volcano?

It was inactive, as far as I could tell. It’s the only one you can descend into. There was no lava, somehow it drained out of the magma chamber. It’s only opened few months a year, but if anyone gets the chance, it’s actually a beautiful place to visit. About being scared, if you’re going to go, it’s a great, quick way to go. At least, it’s not going to be very slow. You won’t even know what’s happening.

Were there people inside?

The Icelandic national television followed me in, but in terms of actual people you could only bring four or five people down at the time, so it was a limited number of people actually there. Ten people in the volcano.

What about the acoustic?

The best natural acoustic you could ever have, but it also was..it amplified going up the volcano. Someone at the top said he got shivers because the sound was so warm. So, it’s really an amazing acoustic chamber.

Did you bring your violin there?

No, I took a different violin. It’s like a refrigerator in there. It wouldn’t burst, but if you expose wood to different temperatures, the violin is 250 years old and the seams might open up.

You studied political science in Undergrad: why that choice?

I want to understand the world as much as possible. Sometimes I have no idea why politics operate the way they do and, in as much as scientific way, political science tries to analyze and come up with theories and explanation, and you start putting together theories from finance, economics, humanities, everything. You just start putting the philosophy together. You start seeing things that make more sense and, from that framework, you start saying “oh, that’s why that’s happening.” Sometimes, a lot of questions aren’t answered but you find better questions.

Do you also compose?

I wrote a piece recently, and I performed it in February. It was a piece called Homage dedicated to Lorin Maazel, who was my mentor—he passed away in July 2014. We discussed music and conducting and elements together…and some good jokes. One thing was over dinner, when he started doing a Brooklyn Accent. I thought it was a foreign language when he started and then I listened more closely and I was “Oh wait, that’s English, except he’s exaggerating.”

What styles influenced your homage?

My goal with writing is to make music that I want to hear more than once, and, with Maazel, he inspired me with a lot of composers: Richard Strauss, Mahler…You wouldn’t even notice those elements except for one quote. Puccini, a little bit. It’s not so much direct, it’s more inspired. [Maazel] was one of the ultimate synthesizers: He put several operas into concerts: The Ring cycle, when he brought it to seventy minutes or something. He took all the elements and he synthesized them. He encouraged me to compose. At the very end, he said “Do you compose?” and “Just don’t ever compare yourself to Mozart and Beethoven,” because, if you start comparing yourself to them, you’ll never write anything. You would be “Oh my gosh this is so terrible.” So you just write the music and then look at it later. But just don’t compare yourself, otherwise you stop every five seconds. 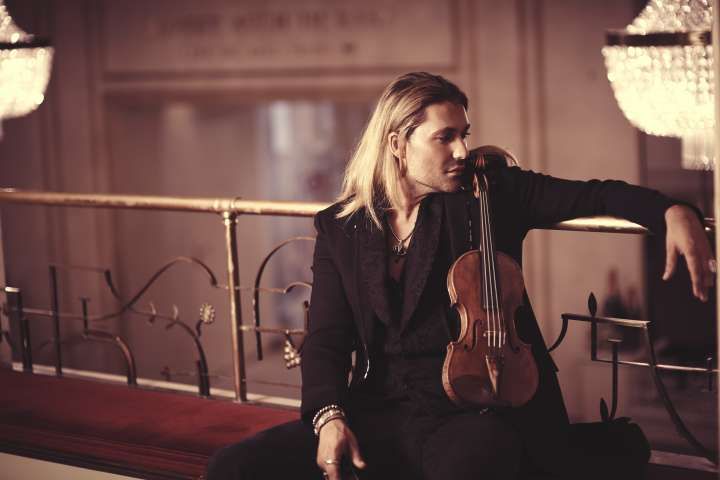