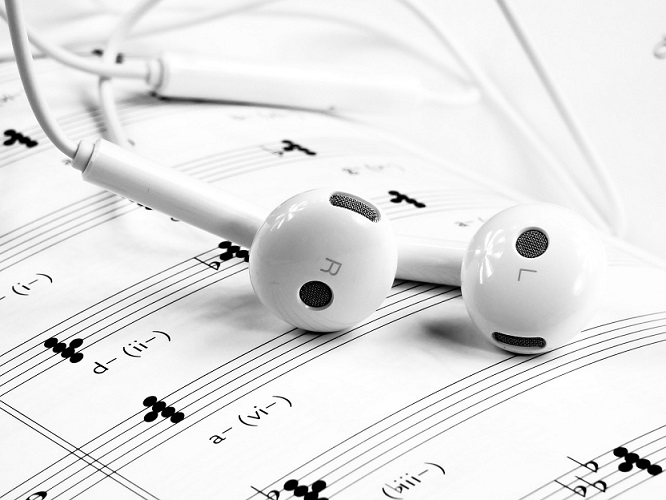 Music has existed since time immemorial, and a good number of its categories have been a part of people’s culture, principles as well as on ceremonies. The power of Classical Music is not limited to these fields. Religious sects have their own songs and even weddings play out melodies as an added effect for the occasion. Movies and commercial areas use music to gauge the interest of consumers. Music played over the surrounding environment helps perk up individuals present at that time, putting them in the mood and entertain them while they are at it. This only shows how much music can influence people even if they’re not musically inclined.

Classical music is powerful, and that’s no secret. May it be playing the piano, a Cremona violin perhaps, or cello amongst others, there’s always a certain beauty in putting together a beautiful piece and making a piece of whole music out of it. While there’s a standing argument on whether classical music is dying or not, this genre keeps proving itself to withstand the test of time but still up to this day, it is still being celebrated. As accounted for, there have been studies conducted to prove the powerful effects of old music. As said, this gives positive effects on the human brain and a person’s well-being. It could even help develop a child’s cognitive abilities through exposure to classical music as early as being their mother’s womb! Diving deeper into specifics, here are some reasons why classical music is beneficial to all.

Whether you’re studying for a quiz or doing rigorous research, listening to classical music can affect your brain activity. In a book by Don Campbell titled, “The Mozart effect,” it breaks down the positive property on different kinds of music. The book stated that listening to music can affect the brain when doing schoolwork. It stimulates how our brain works and helps with completing the task. In addition, listening to this music improves one’s IQ level, communication skills, creativity, and efficiency. All in all, it gives a significant increase in performance and productivity. This kind of activity helps people focus more on what they’re doing because of its suiting tones. Rather than from the noise, you keep hearing outside, why not have music play along on your background? It would seem so much appealing to suite you with a good melody than with distraction, don’t you agree?

Just think about it, whenever you hear a song and whether you’re feeling high or low, it does make you feel otherwise. There’s no denying that music helps in coping with a lot of emotions ranging from love, happiness, anger, sadness, and such. Like any other art, music is an expression of what people really feel at present which significantly affects emotional capability. In terms of classical music, a study conducted by the Southern Methodist University titled “The Effects of Selected Classical Music on Self-Disclosure” discussed how listening to classical music made undergraduate students became more expressive about their emotions. This shows how much listening to music can influence a person’s emotional stability. Don’t you ever wonder why punk-rock or metal can have so much effect on others?

Stress, among many other factors, could keep people up at night. This sleep inability ultimately affects their day to day activities. Restlessness results in low productivity and with that, the work can be affected in so many ways. There has been a lot of musical therapy studies that suggest how listening to classical music improves sleeping patterns. One study showed that individuals slept better when listening to classic music for 45 minutes before going to bed. Keeping this habit could help develop not only one’s sleeping style but also how it affects their daily performance. This is already a given because this type of music has notes that relax the mind and then flow through the body.

Classical music is known for its beautiful rhythm and harmony which makes it all the more beautiful to think about it. If you listen to it real quick, you’ll notice the change in your behavior as well as your mood at present. This is because of its effect on the brain’s organization and ability as it increases the production level of a neurotransmitter called serotonin. It is the reason why we feel happy and because music increases such production, this helps maintain joyous feelings which boost one’s mood. And because they lack serotonin is a significant brain characteristic for people with depression, listening to classical music can increase such a production and could possibly aid ease it. So if you’re feeling out of sorts, you might want to try out listening to classic music to help chirp you up.

It has pain-reducing effects

It helps to “tune out” the pain through listening to classical music. A research study conducted by the Cleveland Clinic Foundation explains that music facilitates “tuning out” the pain especially after surgery. Of course, painkillers will still be needed but music increases the brain’s rewards center which helps ease the sensation of pain. As Bob Marley once said, “one good thing about music is when it hits you, you feel no pain.”

Classical music is for everyone

“No one is tone deaf!” Benjamin Zander exclaimed during his charged TED talk back in 2008 about the transformative power of classical music. It could be that classical music continues to thrive up to this day because not only it celebrates the beauty of the music but also that it significantly benefits everybody’s lives. Basing from ones as written above, making music as a part of your life can provide you an advantage which can help you out. It’s classical so you might want to try out pieces played by keyboards or stringed instruments like the professional violin. That said, there’s totally no harm in adding a list of soothing tunes from musical geniuses like Mozart, Bach, and Brahms to your personal playlist. Having them as your added sources will give you the ultimate brain and energy booster on your daily needs. Not only that but it also helps you maintain good composure, a cool head, and a relaxed state.