In performance, we spotted a gigantic octobass in action. Compared to the typically enormous double basses, the octobass makes them look like little cellos. The size was not the only thing impressive about the octobass but the deep, amazing melody that was previously unheard of.

Watch the below video to see Bernard Salles’ arrangement of J.S. Bach’s Chaconne” from the second part in D-minor BMV 1004. The musical group was made up of four double basses and an octobass which was played by Nicola Moneta.

The octobass was also played by the Montreal Symphony Orchestra and towered over the rest of the orchestra. 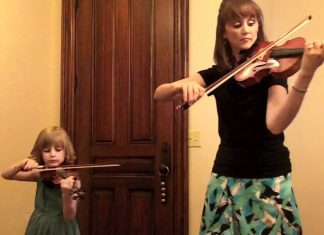 CMUSE - Oct 14, 2014
Like any other method, the Suzuki method has pros and cons. Some say the method is no way to learn music while some others...

Is this man the worst critic in the history of music?