Elliott Smith wasn’t a typical singer-songwriter. His music style is something that has drawn in a unique type of indie music fan. He was also not one to stick to the conventions of typical music release, leaving the expected showcasing of music on the side of the road and choosing an uncommon path.

The latest example is in the new documentary called Heaven Adores You, released about his life and music. Some of his most ardent fans will find themselves surprised upon viewing the documentary, in that there are 15 tracks included that have not been heard before.

When even your super-fans are not privy to the release of music featured in your documentary, you’re doing something completely different than everyone else. There’s not another artist of the success of Smith that has put together something like this.

Whether you’ve been following Elliott Smith for years or are just now being introduced to his music, both groups are united in being the first to hear the unreleased music featured in this new documentary of the late musical performer. 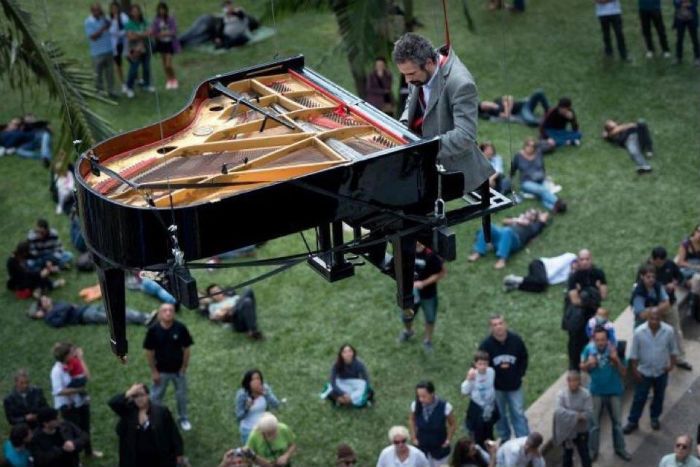 The 12 Most Unusual Music Gigs

CMUSE - Aug 22, 2014
Are you bored of playing the same local venues as everybody else? From floating piano players to performing on top of the mountains, here are...