Those features lend themselves to all kinds of works of art. The latest is a huge portrait of the composer “drawn” by tractors and lawnmowers on a field in Ellenville, NY.

The artist is Roger Baker, a 62-year-old tech-averse commercial artist and sculptor. He never attended a live classical music performance but, upon finding Alfred Brendel’s recordings of Beethoven’s piano sonatas at a yard sale, he was hooked. What’s more, he had nothing but words of praise for Beethoven’s hair. “His hair is timeless. It was good back then, and it would go good today. Great image. When you see a picture of Beethoven, you just know who it is. You look at that scowling face, you think, dun-dun-dun-DUH,” he told The New York Times.

Hair is the deal breaker when it comes to Baker’s choice of who to portray. Before settling on Beethoven, other big-haired composers and performers were in his roster, including Bernstein, Chopin, Liszt and Mozart, whom he considered quite dull.

The portrait, which is based on a painting of Beethoven in his late 40s, covers one million square feet (or 23 acres) of a field. Thankfully, the land belongs to a friend, so he could use it rent-free. 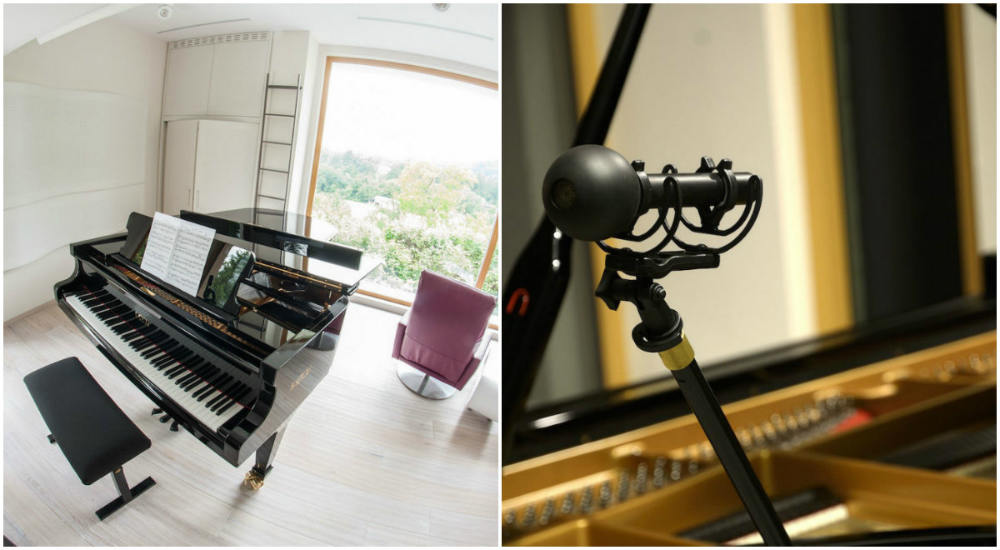 Jordan Smith - Mar 11, 2016
Finding a venue to produce high-quality recordings of piano music can be difficult, especially if cost is a factor. PianoRoom, based in Slovenia, has...