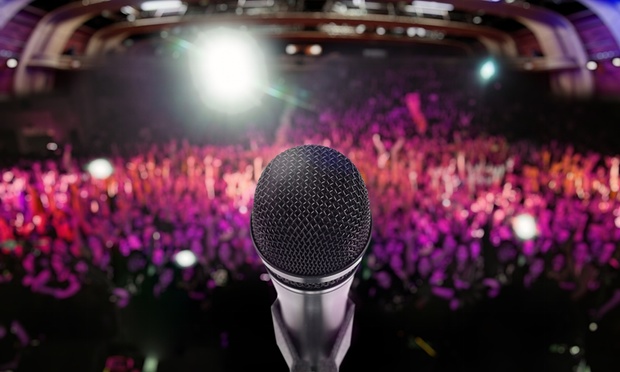 Musicians have long struggled with how to fund their recording projects. Fortunately, entrepreneurs and techies have entered the picture to create some amazing crowdfunding platforms like Kickstarter, Indiegogo, GoFundMe, and PledgeMusic (among others). Crowdfunding has become one of the best ways to build community for musicians by gaining individual contributions from members of your audience. However, crowdfunding itself is no guarantee for success.

While I have a lot of experience in radio as a producer, manager, creator and on-air personality, crowdfunding has not been something I’ve ever done before. Until recently, that is. It can honestly be a scary path to travel because of the unknowns involved. However, after a successful launch and completely funded crowdfunding campaign, I do want to share a few pieces of wisdom for musicians to learn from.

One other piece of advice that will take you a very long ways in any crowdfunding campaign is good research. I did a lot of research prior to launch such as looking at what made past campaigns successful, advice and testimonials from both successful and failed campaigns, asking everyone I came in contact with about their crowdfunding experience, and reading a ton of blogs. It’s a lot of work, but remember that you’re trying to raise money for a big project. If the project is worth asking for help with, it’s worth investing the time in preparation to get it right so that you can have a successful crowdfunding campaign.

Three things to have a successful crowdfunding campaign:

This is probably the best key in our campaign. We launched through Indiegogo because of the tiered campaign setup, though we ended up using the 100% funded option, meaning we had to raise all of our goal in order to get $1 of contributions. Indiegogo allows you to choose to take all or whatever you end up raising. The choice is a judgement call.

Your power list are your closest friends, allies, and contacts whom you have a pretty strong relationship with. This isn’t your Aunt Debbie in Oxford that you haven’t talked to since your 7th birthday party. This could be your college room mate that you’ve kept in touch with and who has been fairly supportive of you over the years, or it could be a business mentor and friend who supports your music. However you determine who your closest contacts are, send them a message a few weeks before you launch your campaign to let them know what you’re about to do, and ask for their contribution. You can include a suggested contribution level (based on your perk offerings), which is a good way to make the ask before your campaign starts.

This pre-campaign message will generate some initial support and help ensure that you start your campaign successfully on the first day, with a positive momentum working in your favor.

2. Make storytelling a bigger priority than asking for money

The ultimate goal of crowdfunding, aside from raising money, is community building. Community connects with people because of the dynamic of the storytelling that takes place. Think about your campaign landing page as a story that is bigger than you, and try to write with the audience in mind.

Your video has to tell your story and be compelling. Just posting a music video of your playing won’t draw the kind of attention and support you’re looking for. Here’s what our video did to tell our story.

Your music is great, but what benefits does your music provide to other people? That’s a part of your story. Do you write songs that bring joy and happiness to people? Show that in your profile page, because it’s a part of your story. Whatever it is that drives the mission of your music (and you do need to have a mission statement regardless of whether you do crowdfunding or not; William Fitzsimmons says so HERE), make that the compelling part of your profile page so that your community will back you up in your campaign.

3. Regular communication is vital for gaining traction throughout the campaign

I watched a lot of campaigns prior to launching and even more during our launch. The campaigns who had regular contributions throughout their trek were those who excelled at communication on all channels, not just social media. Social media posts are important, but tweets from people who don’t have an experience with your music don’t weigh as heavily as posts that come from you. This means that all of the solicitations you’ll receive from 3rd party social media promoters won’t do you that much good, regardless of how many followers they have. People support compelling stories from others that they build a connection with. Build a connection with people through strong communication and great storytelling (they go hand in hand). Post updates to your campaign at least once a week. Check back in with your power list after your campaign is in full swing to update them on your progress. When communication is strong, your community feels more connected to you and your work. You end up more successful in the process.

For other tips and insights into successful crowdfunding, get my full list of successful methods HERE.