People are creative. They have been doing a lot of things to amuse people. Such a man Andrew Huang has been doing the job of exploring new creative ideas to produce beats and music. He created musical unicorn recently. Andrew Huang is a young YouTuber from Canada, who is not shy from producing sounds in a brand new creative way.

He once uploaded a video that most of the people saw it on the internet. In that video, he inverted the intervals in Beethoven’s Fur Elise. He was loved and very much appreciated by the viewers. But, he does not stop here. He has come again to show his new way to produce music. It is one of the most interesting things we have found on the internet. This might be the reason why he has created a “Midicorn”.

When he started the Midicorn, he drew around his unicorn mask. He named the unicorn mask Timmy. He put midi notes on the mask and it turns out that it gives an amazing result of music. He managed to incorporate some changes to make it a really fun way to enjoy music. It is very interesting to see a unicorn playing music. 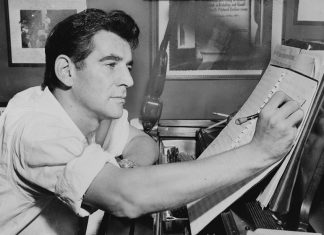 3 Year Old Russian Drummer Stuns The Audience With His Incredible...