Spooky, but beautiful, right? Also known as “singing saw,”  the musical saw is capable of creating an ethereal tone very similar to the theremin, even though, to us, it sounds more like a soprano singing without words. Doesn’t the Ave Maria video below remind you of an otherworldly singer vocalizing the main theme?


To play the musical saw, the “sawist” has to bend the blade into an S curve and, while the curved parts of the blade cannot vibrate and thus do not produce any sound, the center of the curve remains relatively flat and can, indeed vibrate across the blade: this section, called the “sweet spot,” can produce a determined pitch depending on its width: the wider the section, the lower the sound, which, by the way, the sawist creates by drawing a bow across the back edge of the blade. The pitch can be controlled by making adjustments to the curve of the blade: you obtain a higher pitch by moving the sweet spot up the blade, a lower pitch by making it travel closer to the handle. Vibrato and glissando effects can be achieved as well.

Even though the repertoire for the musical saw is fairly limited, it  gained a lot of traction during the last decade thanks to the popularity of tv and movie soundtrack featuring the instrument: for example, in Another Earth, one of the characters plays the musical saw. Even the animated movie My Little Pony: Equestria Girls-Rainbow Rocks features a saw player: it’s the character  “Derpy Hooves” . If you are looking for something more “classical”, Aram Kachaturian’s piano concerto’s second movement has a part written for the flexatone— an instrument that is quite similar to the musical saw– where it doubles the violin melody. 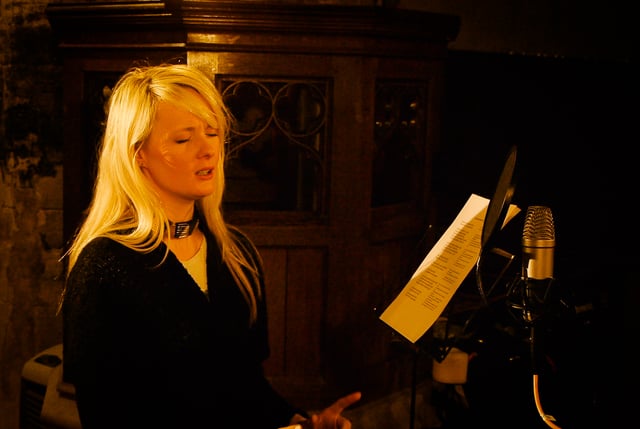 Jordan Smith - Oct 5, 2015
Sumerian has been a dead language for almost 3,000 years, but now two musicians are doing their bit to revive it. The Lyre Ensemble, made...

‘Intervals Roasting’ – The Most Educational Christmas Carol Ever