Ever since being introduced to the markets in 1974, the Rubik Cube has made millions of humans elated (upon their being able to complete it) or utterly frustrated (upon the lack thereof). If you, like me, are part of the second group and happen to have a basic grasp of the piano, you will be happy to know that there is a way for you to solve this six-faced colorful monster thanks to some artful chord progressions.

Über-resourceful TED has a video that can clarify the process developed by music theorist Michael Staff: the first thing you need to do is find chords that make up a progression within a piece of classical music. After that, each of those chords is to be assigned to a different face of the Rubik’s cube.

Then, each row and column of a face has to represent a different chord position (say, the top row is the root position, middle row first inversion and bottom row the second inversion.) Using the twelve-note system as the main reference, you have to assign a number (an integer) to each interval, starting with 0 and ending with 11.

Unfortunately, that’s when the explanation becomes more convoluted: solving the Rubik cube using chord progressions goes back to group theory, so we kindly redirect you to the actual Ted lesson.

What we want to know is whether this experiment works with pieces other than Liszt’s Transcendental Etude n. 8. 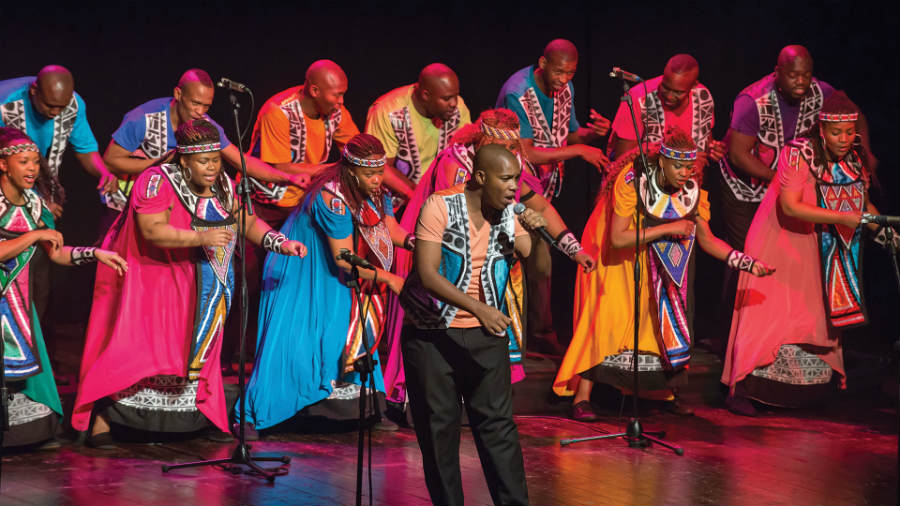 Maureen Holland - Dec 21, 2015
The Soweto Gospel Choir recorded their first album in December of 2002, after a successful Australian tour. “Voices of Heaven” would reach No. 1...

Rhapsody in Blue is the Musical Kaleidoscope of America