Movies and Films About Piano

This is perhaps the most commonly known film with the piano as a central feature of the plot. The score is by Michael Nyman and this played a significant role in assuring the popularity of the movie. Nyman’s lyrical, minimalist compositions captured the ears of the audience and shot his music into the conscience of an emerging generation of pianists. Each of the pieces is compelling and cleverly underpins the spirit of the film whilst delivering perfectly credible stand-alone compositions.
a
The film stars Holly Hunter, Sam Neill and Harvey Keitel. It is a drama set in the beautiful surroundings of New Zealand in the mid-nineteenth century. Ada McGrath, a mute Scottish lady, is effectively sold into an unhappy marriage by her Father. She arrives on the remote New Zealand beach with her daughter, her possessions and her beloved piano.

Alisdair, her husband does not accept the need for the instrument and the marriage has begun on the wrong footing. Ada’s marriage with Alisdair does not develop favourably to the point where he cuts one of her fingers off and sends it to her lover Baines. The epilogue is happier. ADA and her true love Baines, leave to make a new life together although the piano is thrown from the boat on Ada’s request.

Unlike many films that claim to be based on true stories, Shine is. David Helfgott (Geoffrey Rush), is a gifted young pianist and chess player. The film takes place in Australia where David lives with his family. His Father, a survivor of the Holocaust, is a violent and dominant character in David’s life. He is both supportive of David and yet restrictive too.

When David receives an offer of a scholarship to study music at the Royal College of Music in London, his Father refuses to allow David to accept the offer claiming that David will destroy the family. Eventually, and in spite of his Father, David makes it to study music in London and with the encouragement and support of a woman who befriends him, he is able to move his talents forward as a pianist. Events turn sour when David breaks down during a performance of the epic third Piano Concerto by Rachmaninov.

The film jumps forward in time where we find David is a middle-aged man, almost lost to the world of music. David is wandering and incoherent in the outback of Australia, playing the piano at a tired restaurant. Luck turns a corner and David falls in love with an astrologer whose affection and understanding of him helps David back on his feet. Eventually, David makes a partial recovery and today gives recitals.

A winner at the 2001 Cannes Film Festival, this film is not even remotely close to the plots of the previous two film. The Piano Teacher is a disturbing, dark psychological thriller that is broadly derived from the Jelinek novel of the same title. This book also won the Nobel Prize for Literature in 2004. Erika Kohut is the key figure in the film. She is a middle-aged piano professor in Vienna.

She lives with her unpleasant and domineering Mother, her Father having been committed to an asylum years ago. Erika meets an attractive engineer called Walter who also has a passion for the piano, Schumann and Schubert. Together they embark on a tempestuous and destructive relationship in which Erika encourages Walter to fulfil her masochistic fantasies.

Filmmaker Roman Polanski offers us a remarkable and moving cinematic experience in The Pianist. It is an adaptation of the autobiography by Wladyslaw Szpilman titled “The Pianist: The Extraordinary True Story of One Man’s Survival in Warsaw, 1939-1945.” In the film we see a boy growing up in Poland amongst the destruction and hatred of the Nazis in the Second World War. Szpilman is a very gifted young pianist living with his Jewish family in relative luxury as the war begins to take its terrible hold.

The family naïvely assume that the Nazis interest in Poland will pass and that the allied nations will soon quash the rise of Hitler. Szpilman is by now working as a concert pianist and considers himself as an artist, immune to the Nazi invaders. His illusions are shattered by a bomb destroying the Radio Station and the deportation of his family to a concentration camp. Somehow, Szpilman manages to avoid capture and survives by making a meagre existence in the ruins of Warsaw.

This has been one of the most discussed movies in our list. Essentially, it is the story of redemption against all the odds. It is not an easy film to watch an contains some extraordinary performances from the two lead characters. The plot revolves around a young German woman (Jenny) who is imprisoned for killing someone. Jenny has a great talent for playing the piano and whilst in prison meets Traude. Traude teaches music to the inmates of the institution and through her nurturing Jenny is gently lead away from her violent tendencies back towards the piano.

Both women are in many ways trapped. Jenny is a killer now incarcerated in prison, Traude has been teaching music in that prison since the War, lost to the past and lonely. Eventually, Traude persuades Jenny to enter a piano competition that the Governor of the prison hopes will reflect well on his establishment and on the troubled Jenny. Schumann features in the score of the movie and the concluding piece of the film is a breathtaking composition.  A difficult film to watch but a fantastic credit to German Film making.

Starring Elijah Wood (of Lord of the Rings Fame), Grand Piano takes an inspired twist on plots centring around pianos and pianists. Wood plays a pianist called Tom Selznick who is heralded as the most inspired and talented pianist of his generation. Like “Shine”, Selznick suffers from a series of disastrous performances and stops performing in public.

Many years later a ‘return’ concert is organised for Selznick in the city of Chicago. He is understandably nervous but his fortunes are about to take a nosedive when he discovers a mysterious note in his piano score that tells him that if he plays a single wrong note during the performance, he will be killed. 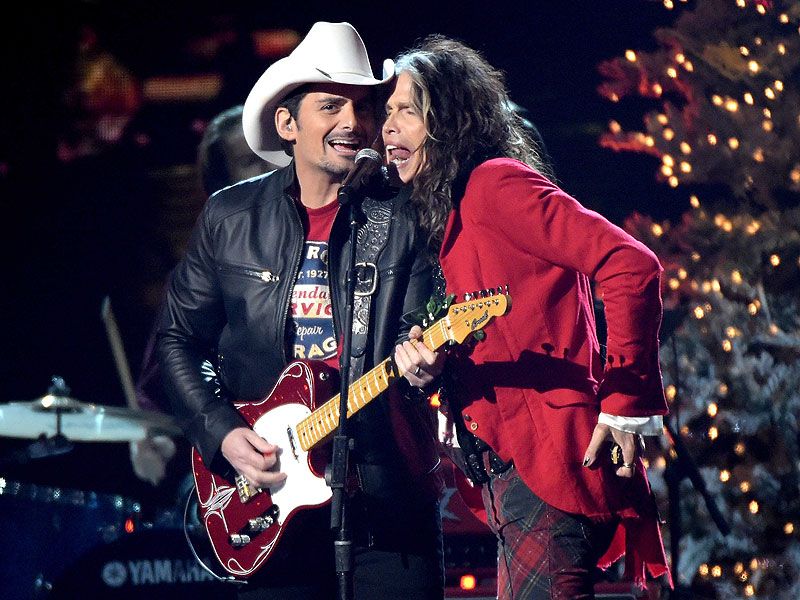 Country Is The Next Road For Aerosmith’s Steven Tyler

D Grant Smith - Apr 17, 2015
Steven Tyler has crossed popular music’s jungle from rock stardom as frontman of Aerosmith to the coveted world of television as judge on American...