Sorry, Mozart fans. You might have to reconsider all those articles praising Mozart’s works for their beneficial effects on productivity: it seems like the child prodigy of Salzburg is not unrivaled in that field.

And we are not referring to another classical composer (even though I have a soft spot for Tchaikovsky) but to a completely different genre, namely video game music.

A Reddit thread, which you can now read in a more “editorialized” format on Upvoted, has different users theorize, and argue, that video game music is designed to keep you focused and “in the zone” for longer periods of time.

Come think of it: if you endured long hours trapped in a dungeon or stranded on an archipelago of floating islands to collect the (much dreaded) 100 coins to get that bonus star that you really needed, you also have to thank the well-crafted background music for your dedication and endurance.

This type of music is designed to help players stay concentrated enough to get to the next level, and has a positive tone without being too intrusive. In fact, a good video game soundtrack makes the overall experience more pleasant without distracting the player from the main task.

A Psychology Today article cites a study in which people were made to play The Legend of Zelda: Twilight Princess both with and without soundtrack and background music. When the game was set on mute, they performed much worse than when music and sound effects were turned on. So it is a sort of Pavlovian-like reflex that enables people to concentrate while listening to video game music even though they are not playing video games at that time.

What’s more, video game music, Fast Company reports, shares many similarities with ambient music, which is known to improve creativity when played at a moderate volume: both of them are not being “forced” to the center of the brain like, say, Beethoven’s Ninth and other “architectonic” symphonies.*

Fear not: we are by no means trying to say that you should ditch your hefty Mozart playlist in favor of the best of 8-bit music. While it’s perfectly legitimate to prefer the former, we have to remember that video game music has been composed with the intention of helping players achieve their goal. Keep this in mind when you are facing a blank Google sheet that needs to be filled out. On that note, here we have a couple of suggestions for your workday.

I wanted to avoid mentioning anything by Nobuo Uematsu because

a) chances are, you already know him,

b) his works are maybe too symphonic and you would get lost in the very articulate beauty of his leitmotifs and themes.

However, we hear suggest you listen to Final Fantasy X’s soundtrack. It is maybe less known than the music of Final Fantasy VII and VIII, but it is by no means inferior.

This late-90s platform received tremendous praise not only for its solid gameplay featuring a bear and a bird and its graphic but also for its soundtrack, which can be best described as dynamic. While every level has its own main theme, it subtly changes as the player moves within that same world–say, from a ship to a nearby lighthouse or underwater. Overall, it retains a cheerful and positive sound. That’s perfect for office-related tasks, right?

Reddit user SmashMetal has to thank Halo’s music for getting through his first year’s essays at his university. The soundtrack mixes lows, which are good for thinking and small research tasks, with highs that can provide you with just the right final push. It seems like he’s talking about the William Tell Overture, doesn’t he?

Unlike most of the games of the 80s, Metroid does not have a “silly” 8-bit melody as its soundtrack. I have heard the main theme is described as a mix of “fugue and samba”.

Legend of Zelda, Ocarina of Time

This soundtrack garnered so much praise that full-fledged symphonic orchestras now play it all around the world. From the fanfare-like overworld theme to the eerie ambient sound of Zora’s kingdom and the flamenco tunes of the Gerudo Valley, Ocarina of Time’s soundtrack can make you feel like you’re traveling the world. Don’t worry though, your focus wouldn’t be hindered. 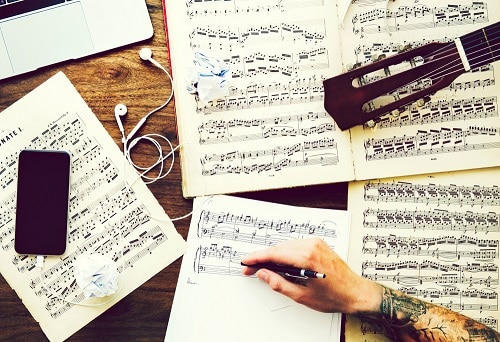 Dr Justin Wildridge - Sep 12, 2019
I have often felt that trying to figure out exactly what makes a composition have lasting appeal and to be considered good, is like...