The song, Happy Birthday to You, is sung thousands of times every day and millions of times each year. It is that simple ditty of four lines wishing someone a “Happy Birthday” with one of those lines containing the birthday person’s name. The composer of that tune was Mildred J. Hill (1859-1916) whose birthday is June 27. Her younger sister, Patty S. Hill (1868-1946), wrote the words. This song, though simple in structure, has a complex history.

Mildred and Patty were born in Kentucky in the Louisville area. They and their four other siblings had parents who instilled in them the value of education and music. Mildred was a composer, music teacher, and musicologist who had specialized in the study of Negro spirituals. Patty was a kindergarten teacher and principal of the Louisville Experimental Kindergarten School. She was a leading authority on early-childhood education that emphasized the concepts of the German educator who created kindergarten, Friedrich Froebel (1782-1852).

The use of toys and playtime as a form of learning and childhood development was gaining popularity during the late 19th and early 20th centuries. That also included songs that centered on how children would see the world. The Happy Birthday song was written in 1893 with the original title of Good Morning to All. The third line substituted the words “dear children” where the birthday text inserts the name of the person. This was used as a classroom greeting.

Patty and Mildred wrote and adapted numerous songs for young children that ranged from greeting each other to songs about flowers, butterflies, holidays, and other things that make up a part of a child’s world. These songs, including Good Morning to All, were published by Clayton F. Summy Co. in 1896 in the collection, Song Stories for the Kindergarten, which the Hill sisters dedicated to the Louisville Free Kindergarten Association.

The birthday version was first published in 1912 by the Cable Company in The Beginners’ Book of Songs. However, Happy Birthday to You was not copyrighted until 1935 by the Chicago publisher, Clayton F. Summy Co. The song had become immensely popular during its first two decades since initial publication. Birthday parties for a child with other children present only started around 1870 so the timing was right for a standard birthday song.

Several arrangements of the music using the birthday lyrics were done in the early 1930s. Various issues surrounded the ownership of the song, including the incorrect assumption that the original work was a folksong and therefore no permission was needed for someone to arrange it. The report by George Washington University law professor, Robert Brauneis, Copyright and the World’s Most Popular Song, goes into detail about the circumstances that surrounded this work.

Happy Birthday to You is still under copyright and will remain so through 2030. This has to do with the changes in the U.S. copyright laws. The 1893 song, Good Morning to All, entered into the public domain in 1949. The birthday lyrics were added later so that created a new work. This birthday version was not copyrighted until 1935 and, therefore, was subject to the copyright laws of the 1909 act.

Under the copyright laws of 1909, a work was copyrighted for 28 years and during the 28th year, it was eligible for copyright renewal for a second term of 28 years making a total of 56 years. Since Happy Birthday was registered for copyright in 1935, that would have taken it through 1991 before it became public domain. However, the Copyright Act of 1976 changed the renewal period from 28 years to 47 years. Instead of the 1991 date, the copyright was extended to 2010.

Happy Birthday to You is one of the three most popular English-language songs of all time. The other two are Auld Lang Syne and For He’s a Jolly Good Fellow. The current publisher is AOL Time Warner. The song continues to earn approximately $2 million annually in royalties and cannot be sung for profit without acquiring permission and paying royalties. 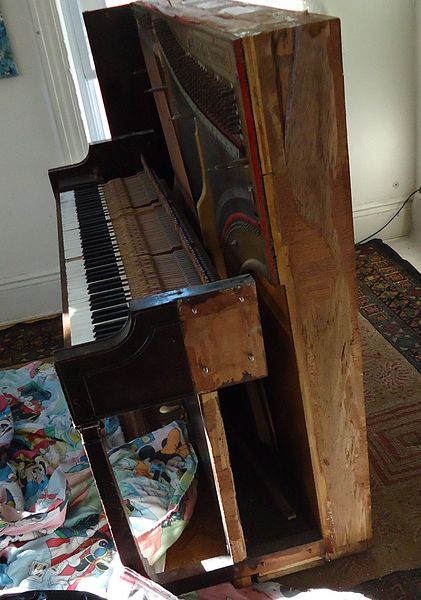 Jordan Smith - Sep 15, 2016
The idea of purposefully smashing up a piano to see what it sounds like probably seems quite absurd to most people, especially if you’re...