The MasterClass is a hub for an enormous number of professional and experienced instructors that are responsible to make you better at whatever you are doing. At affordable annual prices, MasterClass has a lot to offer. If you are a sports enthusiast and adventurous sport like skateboarding is your passion, then you have reached the right place.

Tony Hawk is a skateboarding legend who has launched his tutorial classes on MasterClass. This review covers his lesson plans according to the innovative and creative techniques that Tony Hawk has strategized for the skateboarding enthusiasts.

Adopting a passion and being a pro at it are two different things. You are easily motivated to barge in both by subscribing to MasterClass.

Who Is Tony Hawk? 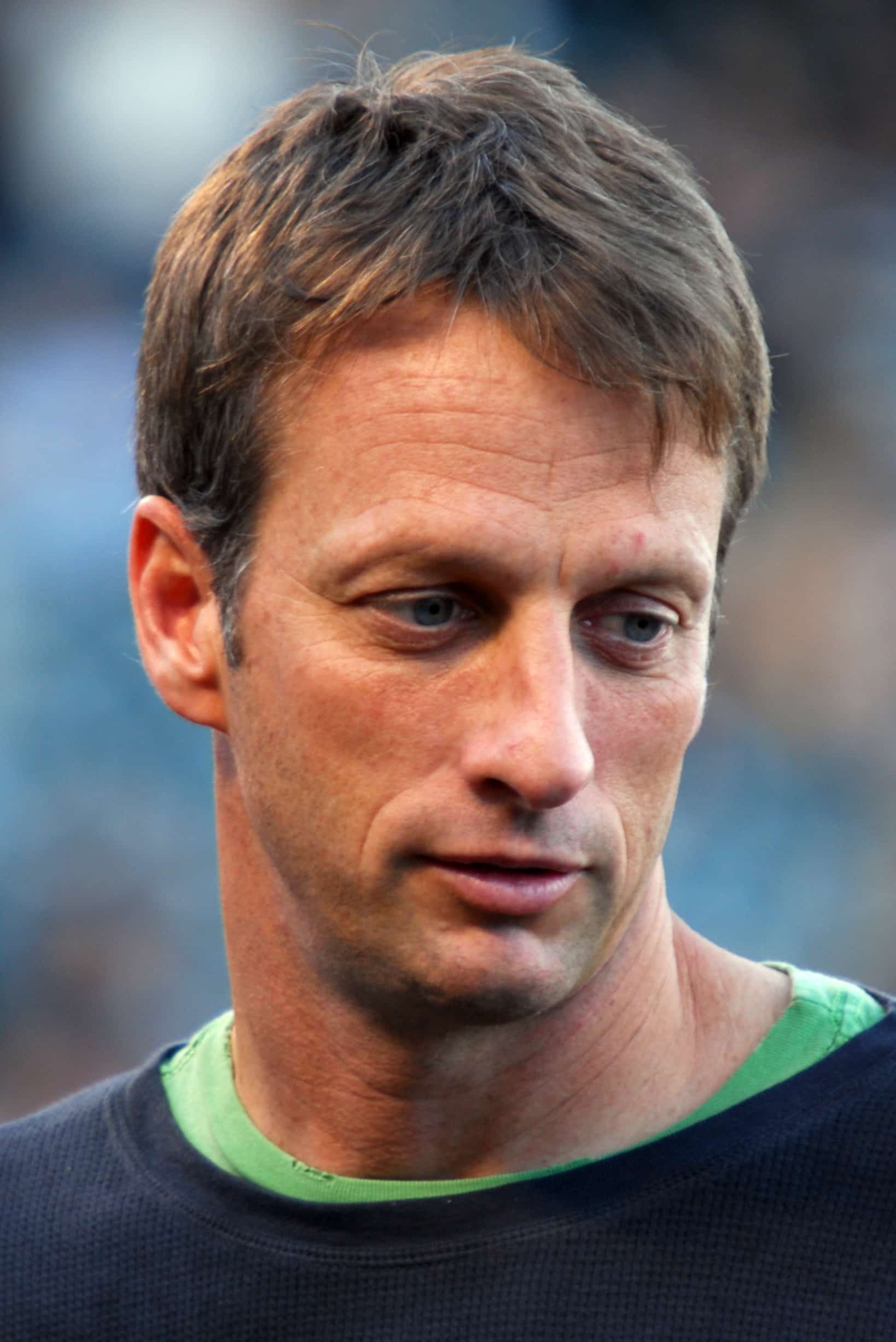 Here comes your instructor Tony Hawk, who is a legendary skateboarder. He has started giving lessons on MasterClass. He remained a legendary figure in the world of skateboarding.

Being a pro at the mere age of 14 and the first teenager to land a 900 at the X Games, Tony Hawk is among the most influential skateboarders of all time, till this date. Now, on the MasterClass hub, he wants you to take your skateboarding skills to the next level. With the impeccably energetic early ages of his life, Tony has peaked his career having almost all the true fanatics of skateboarding.

What Is Tony Hawk Offering?

With the addition of pros Lizzie Armanto and Riley Hawk, Tony offers detailed teaching for the sports freaks. From beginner to intermediate, and then to advanced level, Tony is looking forward to giving his viewers almost all the tricks in street, park, and vert to skate.

With Tony’s useful lessons, you are given the chance to learn how to push yourself, get up immediately upon falling, and find your personalized style. Top up the skill of reaching new heights and breaking your own height records.

Moreover, by going the in-depth of the lessons, you would come to know that Tony Hawk has given an overview of basic, intermediate, and advanced skills in street, park, and vert skills. His lessons are perfect for even a beginner.

What Is Skateboarding To Tony Hawk?

For Tony Hawk, skateboarding is a lesson to gain self-confidence and self-belief. There is no need to be a pro, all you need is to put on your skating skills and live up with your life experiences and lessons throughout your life in multiple ways. Skateboarding is a great way to stand still and grow impeccable patience.

What Is The Lesson Plan Of Tony Hawk’s Skateboarding?

The classes for skateboarding by Tony Hawk are conducted based on the following lesson plan.

Even if you are a beginner and have just developed the thought of learning and choosing skateboarding, you can start learning from there. Here is the place where you would need to start things off if you have never stepped on a skateboard before. Ensure yourself with the great tips from your favorite instructor - Tony Hawks will walk you through the very basics such as pushing, stopping, and turning.

Skateboarders better know that the ollie is an essential trick in this sport. In his series of immense classes, Tony Hawk is going deep into the nuances of the ollie tricks that would perfectly help you to grade up your skateboarding skills.

3. Grade Yourself Up From Underdog To Icon Like Tony!

Tony Hawk in his lesson clearly mentions that he was a bullied and scared kid in his school life. Things were not smooth on academic terms. Moreover, he discussed in detail how he upgraded and skilled himself enough to become one of the world’s top skateboarders - underdog to icon!

By subscribing to his lessons, take an in-depth look at Tony’s struggling journey from a scrawny kid to a skateboarding legend followed by a giant fandom.

Tony Hawk tells us in his lessons that how he has lost the entire skateboarding tanks in popularity after peaking success. By subscribing to his lessons, you can witness the great Tony Hawk opening up about rebuilding his career and the ways he adopted to learn more. 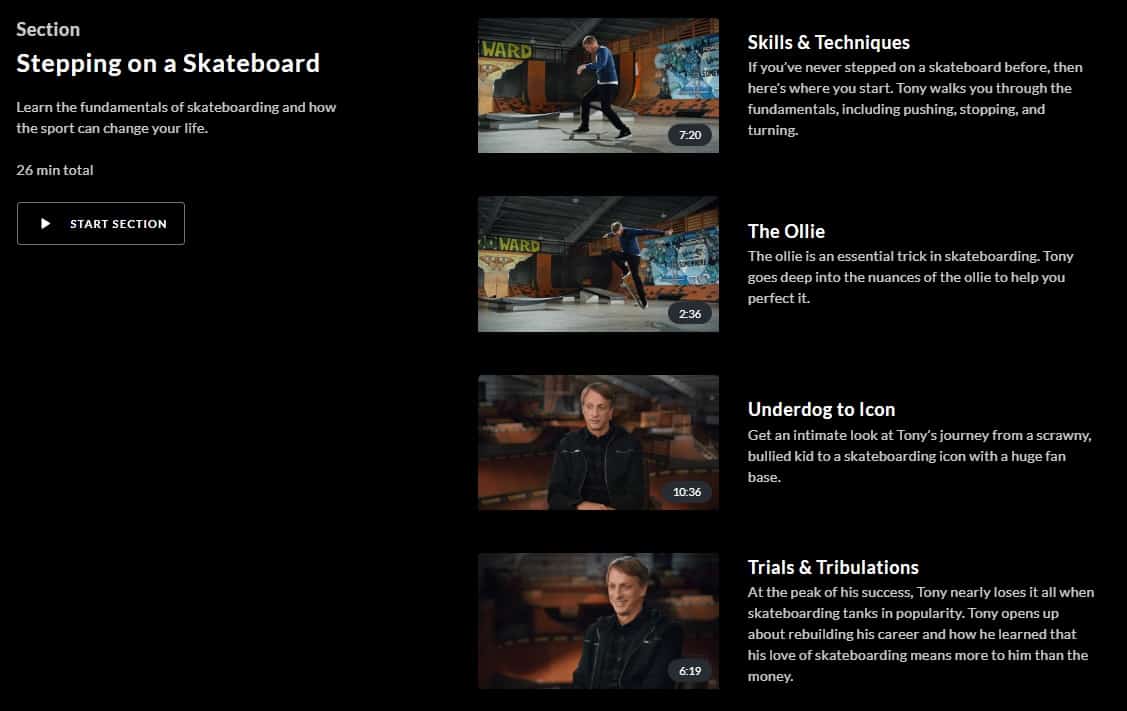 Tony’s lessons also catch up with the teaching techniques that involve some fundamental street skateboarding tricks for a beginner. These stunts include the backside pops and flips as well as shove-it tricks. Among all of these, the frontside ollie 180 remained highly popular.

Tony has his son Riley Hawk involved in his lessons as well who is a top-level street skateboarder. Rile Hawk has aided his father and broken down intermediate and advanced street tricks.

Tony Hawk has shared pointers regarding leaving for skateboarding in the park for the first-timers. He explained the fundamentals of carving and dropping in.

Tony Hawk has Lizzie Armanto—one of the world’s top park skaters to teach us the intermediate and advanced park tricks.

Tony Hawk has a fully established learning system for the viewers that he teaches on fundamentals of vert skateboarding, from basics, intermediates, and advanced level such as 540 McTwist. 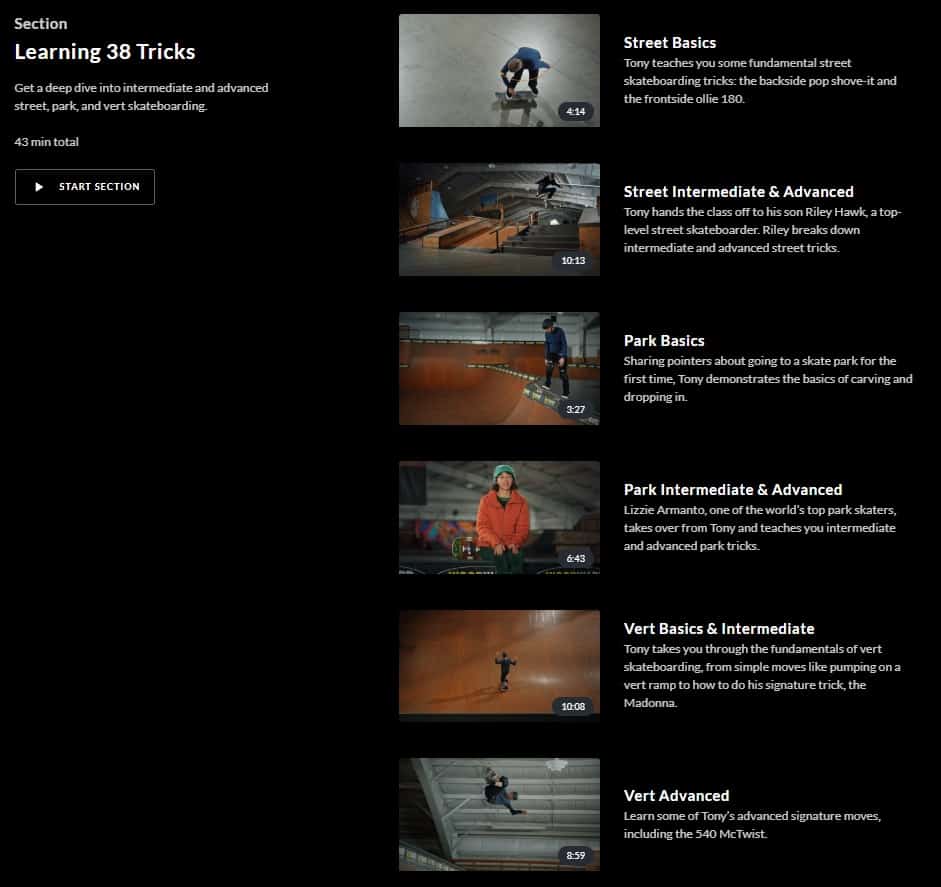 Throughout the lessons, Tony tells us the story of the time he landed the 900 at the X Games in 1999.

Besides every skateboarding technique, Tony Hawk has given adequate tips on winning the game against your opponent. 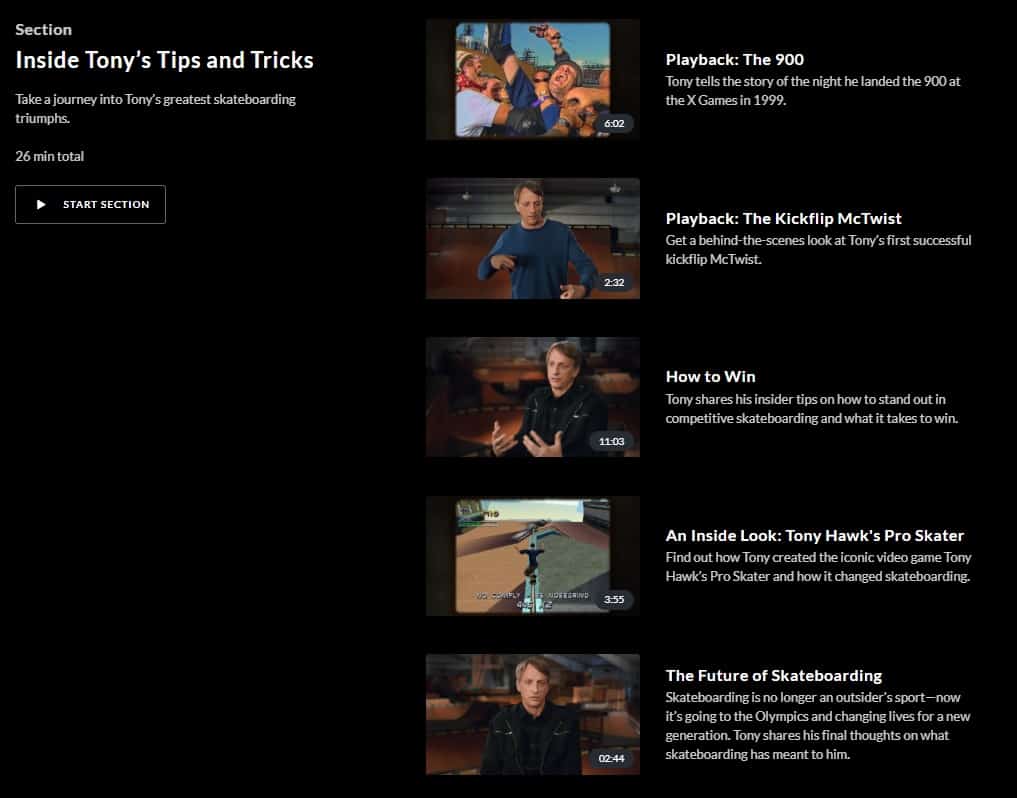