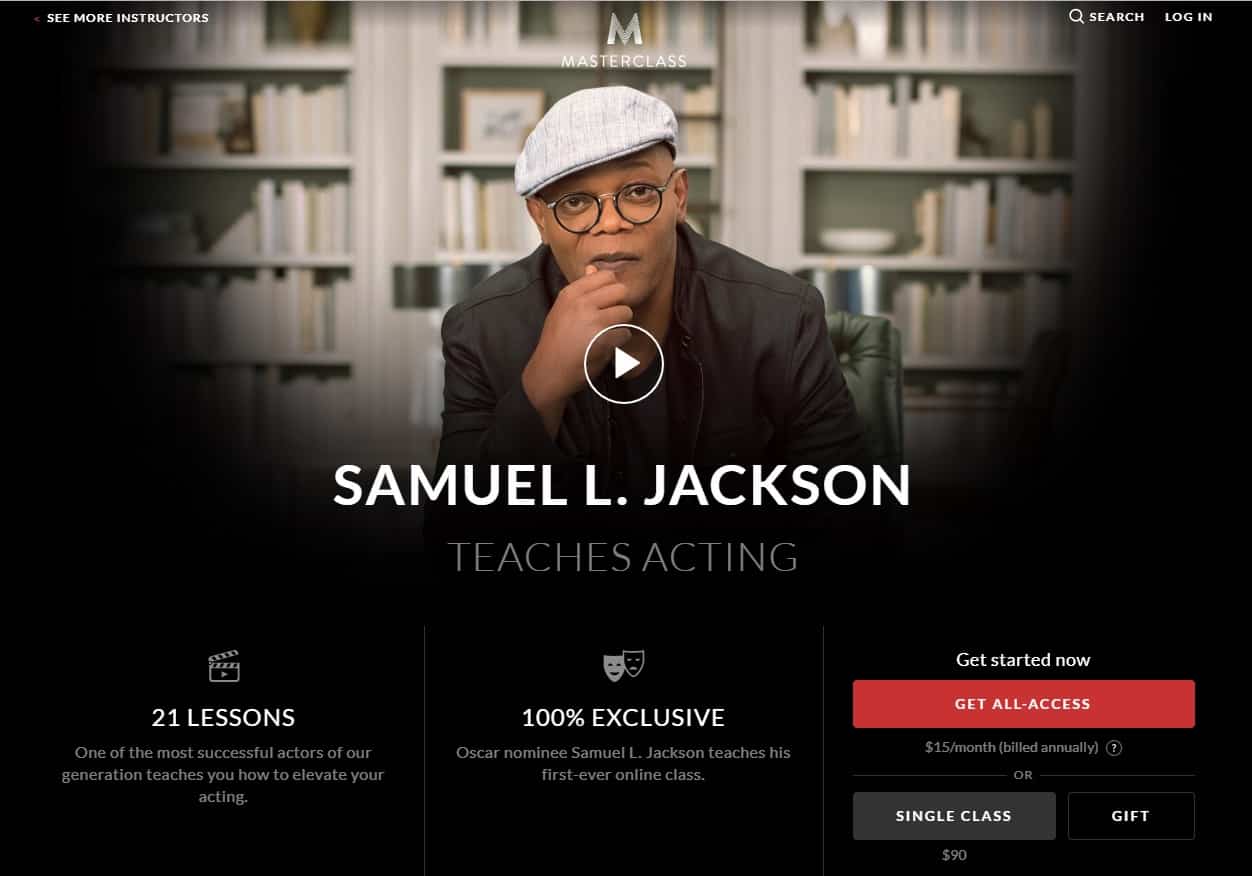 Many people grow up mimicking TV icons and top-rated film stars with a desire to turn out like them, unfortunately, that is never enough. Even a legion of the acting courses paraded around don’t unearth the potential in many aspiring actors. But, don’t lose hope, as you can still learn from the creme de la creme of the film scene.

Meet the award-winning film star, Samuel L. Jackson on MasterClass for an unprecedented, smart set acting lesson. Scour all corners of the world, and you’ll never find an acting course featuring a tutor so elite. With unmatched experience in the film industry, you’re sure of picking the right skill-set to revolutionize your career.

From the “Pulp Fiction” star you’ll learn an array of lessons in the film scene. From adopting the right acting mindset to characterization to decision making, the course has it all. Apart from acting skills, Samuel pours his heart out in the course elaborating the value of professionalism when dealing with directors and stakeholders in the film industry.

The acting lesson encompasses wisdom lessons on actors conduct and critical relationship skills essential for success in the exhaustive industry. Besides, the master shares on his personal Hollywood experiences polishing learners with unheard tips essential for any actor’s success.

Above all, the course runs in the renowned MasterClass platform. Thus learners are sure of unique course content, excellent learning material, a user-friendly platform, and first-rate video interactions with the king of the film world.

Who is Samuel L. Jackson? 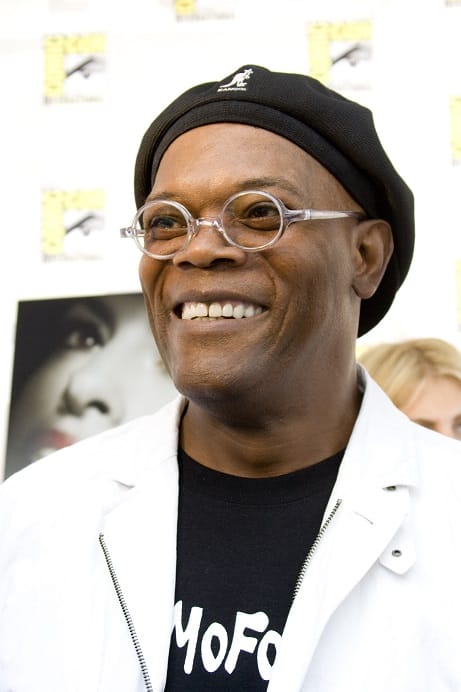 Born in 1948, Samuel Leroy Jackson is one of the most successful actors in the world. He features as an actor and a film producer. And in his career, he has starred in top rated films which made him an all-time best earning box office star.

What Students Should Expect from Samuel L. Jackson

First, the acting lesson is an adventure giving students an all-round view of a film star’s world from personal to professional life. The relatable experiences of Sam from his early struggles to an expert will inspire and offer loads of eye-opening insights to learners.

His immersive approach ensures learners come out well molded. He veers off ordinary theoretical teaching and challenges learners to go deep into imaginative tasks tailored to uncover all hidden talents.

Having seen it all in the film industry, Sam possesses information suiting anyone in the acting scene. From learners to tutors, anyone can pick lots of skills from the master’s comprehensive knowledge.

Besides his acting experience, he is inspirational as he prides in encouraging learners to nature and maximize on their curiosity to enrich their careers with creativity. Students take on his infectious risky approach as he sensitizes the value of over-committing in success. 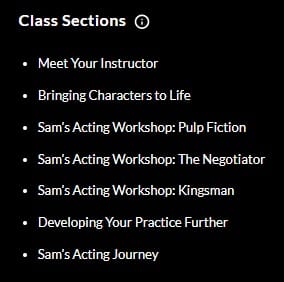 Like all other masterclass tutors, you can look up to Sam as a tutor, mentor, and role model. His character, passion, and unrivaled success are enough to stir your acting journey to unlimited levels. Pick him as a mentor, and you’ll never have an excuse for quitting or lack new skills.

Many people wish for an ultimate guide to acting. Samuels Acting class features 21 in-depth video lessons encompassing the vital details an actor would want to know. You’ll learn the tricks to creating outstanding characters and analyze comprehensive case studies. Because the tutor embraces more practical sessions over theory, prepare yourself for scene plays and role switching.

After the class, download an actor’s manual designed for all learners. From the book, you’ll find exclusive acting tips which the master could not share in video classes. Go through lesson recaps and resharpen your skills until you exude with confidence. The beauty of it all, the guide further comes with multiple assignments to test your expertise levels.

Being an online course, you have the freedom to learn at your own pace. You’ll choose your preferred lesson times, plan, and learn from anywhere in the world. 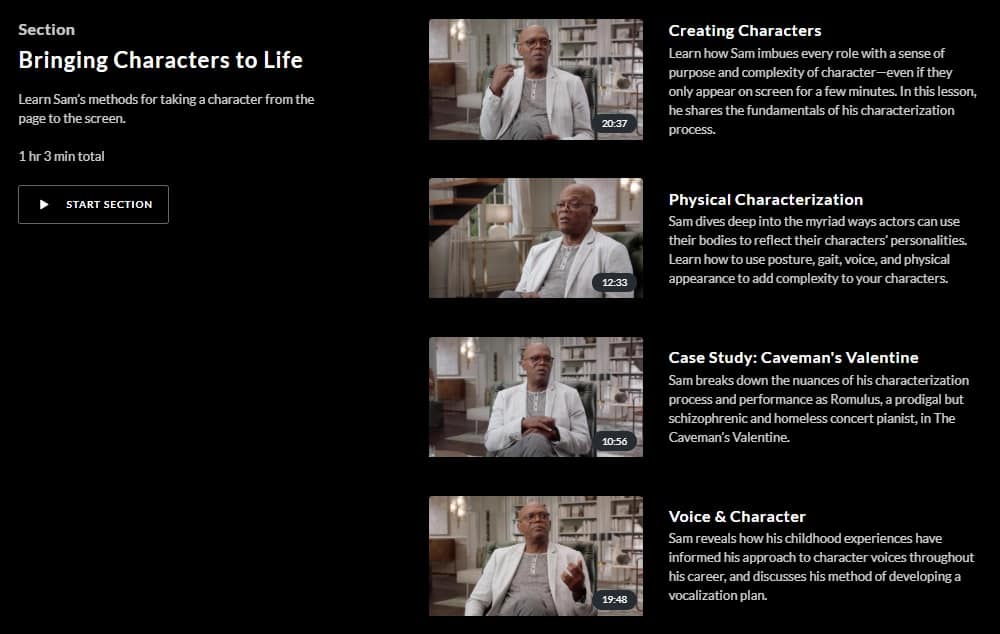 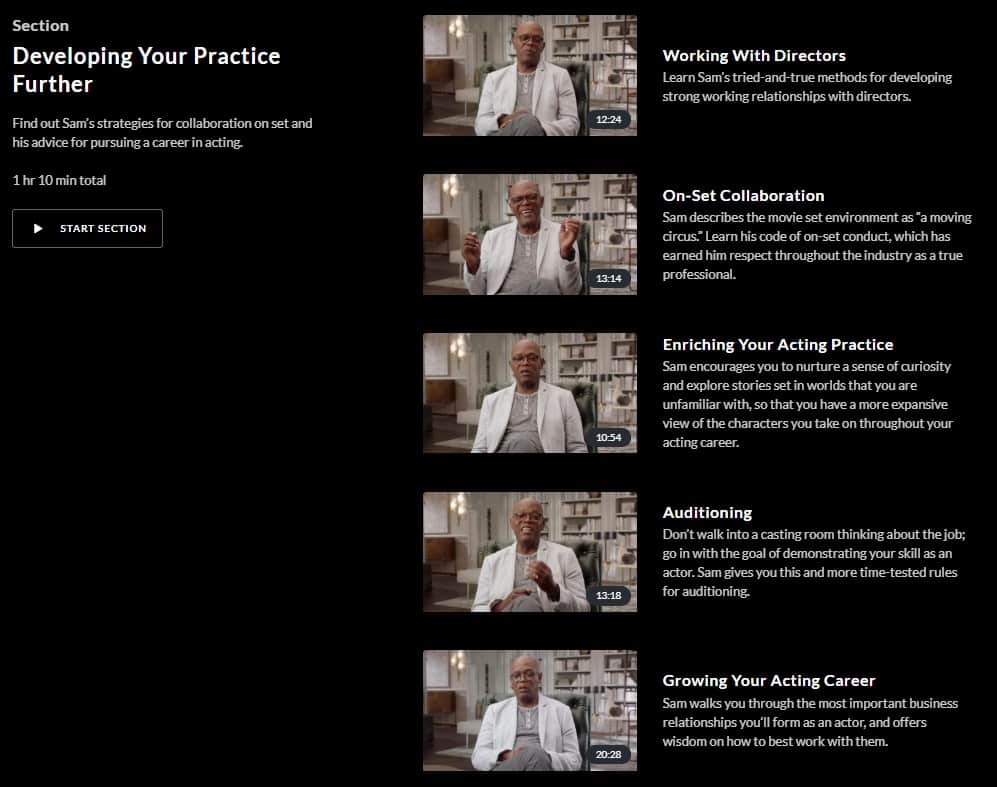 As a boon, learners access the course at only $90. But if you have always longed to gain a broad skill set, you can pay for an all-access plan at $180 per year. The package gives you access to a deluge of world-class courses from the cream of the crop personalities. Besides, there is a gift package for your idols.

Being a masterclass, and in-depth insight into Samuel L. Jackson career tools and strategies, the course does not replace your need for an acting diploma or degree.

Regardless of your career level, the course suits anyone, especially if you’re looking for an inspiring platform to rekindle your acting spirits. If you’re at your lowest in your career, you can count on Samuel’s life stories, motivation skills, and challenging approach to turn around your career.

As a tutor, no one nears Samuel expertise, and his commitment to sharing his hard-earned knowledge is humbling. Samuel gives the course his best, and learners cannot find a tutor of his kind in another platform.