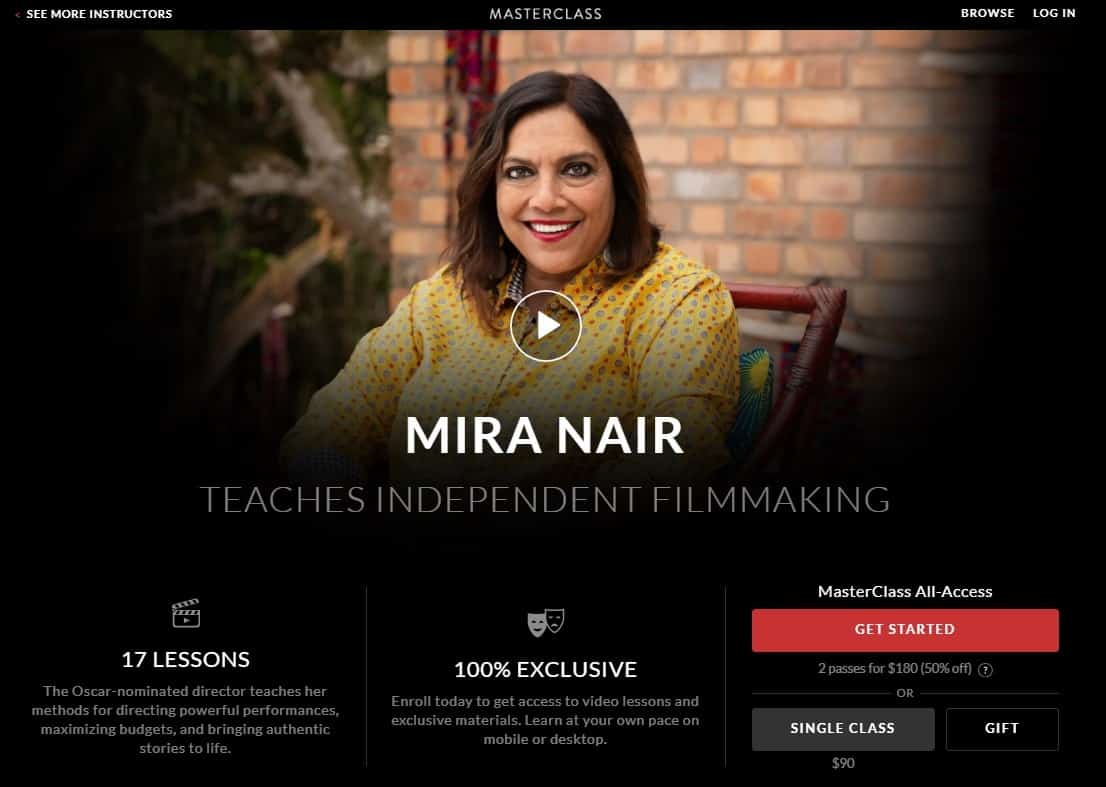 Globally, the love for independent filmmaking seems to be on the increase. For a start, the filmmakers behind such movies enjoy the opportunity accorded them to work on unique and thought-provoking stories.

That’s not all, though. The independence of the whole venture equates to enhanced creative freedom. Through independent filmmaking, the quality and range of the diversity and representation employed in the movies are usually of the highest caliber.

However, it takes incredible determination and a lion-like will to make it in the industry. On top of that, one has to undergo the requisite training to acquire and polish the skills needed to excel as an independent filmmaker.

The good news is you can learn all that and more through a MasterClass lesson. MasterClass often organizes several classes taught by top leaders in their respective industries. Where independent filmmaking is concerned, fewer people are as exceptionally gifted as Mira Nair.

Fortunately, the Mira Nair Independent Filmmaking Lesson on MasterClass is the exact type of training you need to sharpen your mind. In it, the legendary indie filmmaker goes out of her way to share crucial lessons that have defined her career and legacy with the students.

Why the Mira Nair MasterClass

Mira Nair is an Indian-American filmmaker who was born on October 15, 1957. She works as a filmmaker and film producer. Worldwide, she has earned rave reviews for many of the films that she has created. 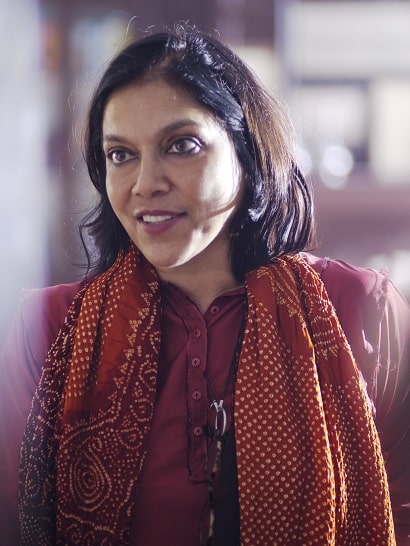 Mira enjoys global recognition for her documentaries. Her feature films, which she makes independently, have also thrust her into the limelight. More remarkably, she has been able to handle all that fame with a touch of class.

Several qualities stand out about Mira Nair. One of these is her fearless nature when dealing with topics that her peers consider a bit controversial. Her sheer nerve in delving into topics considered untouchable by many has endeared her to tons of fans around the world.

Examples of documentaries and feature films that have made her a household name include:

Other than the films, Mira Nair has also won truckloads of awards. From 1995 to 2012, Mira proudly won 25 different awards. The awards were in recognition for the amazing work she has done as part of the highly talented field of independent filmmaking.

What the Class Entails

If you enroll for the Mira Nair Independent Filmmaking Lesson on MasterClass today, you would be entitled to exclusive materials. Mira has prepared tons of video lessons for your consumption too. After all, MasterClass instructors conduct their classes in videos.

The Oscar-nominated filmmaker and director have organized her class into 17 lessons. Some of these lessons include the strategies she relies on to direct powerful performances. She also shares with her class her tips for maximizing budgets while filling authentic stories with life.

There is a downloadable workbook for students convenience as reading it at anytime and anywhere. It contains lessons recaps and supplementary materials for further understanding. ​

Mira Nair Independent Filmmaking Lesson on MasterClass follows a specific curriculum that the legendary filmmaker has prepared. On top of that, students have access to a class workbook that’s full of supplemental materials and lesson recaps. Generally, the curriculum features: 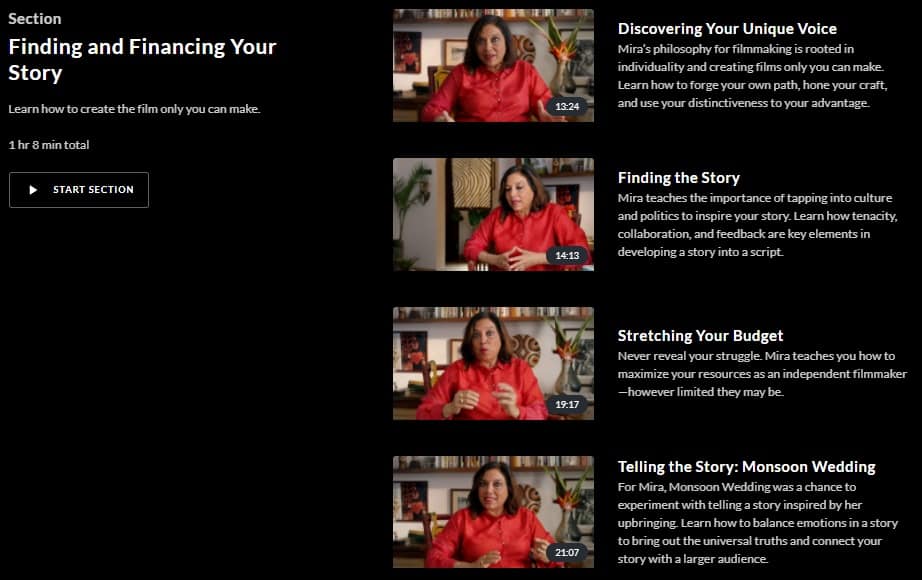 The Mira Nair Independent Filmmaking Lesson on MasterClass has several things working for it. First, it is available online. You can access it by paying $90. Moreover, it offers you a seat in a class taught by a legendary independent filmmaker with tons of awards and nominations.

If you need a recap of the lessons that Mira teaches, then you would be glad to note that a class workbook is available for download. Therefore, download it for lesson recaps and any additional material that you crave. You can also learn anywhere at any time.

Can lessons from a legendary filmmaker really have cons? Well, the cons are too few to cause you any worries though. More importantly, though, it’s important to understand that this lesson doesn’t exclude you from attending a proper filmmaking course or school.

Mira Nair has established herself as one of the world’s most impactful indie filmmakers. For this reason, she is worth sitting down to learn different aspects of the industry. She has worked as a filmmaker for decades, thus an excellent teacher for you.

Without a doubt, the course is worth every penny you pay for it. The lessons are a reflection of the tools that Mira has relied on to be a successful filmmaker, producer, and director. For this reason, you should definitely rush to pay to sit through her MasterClass and set yourself up for success. 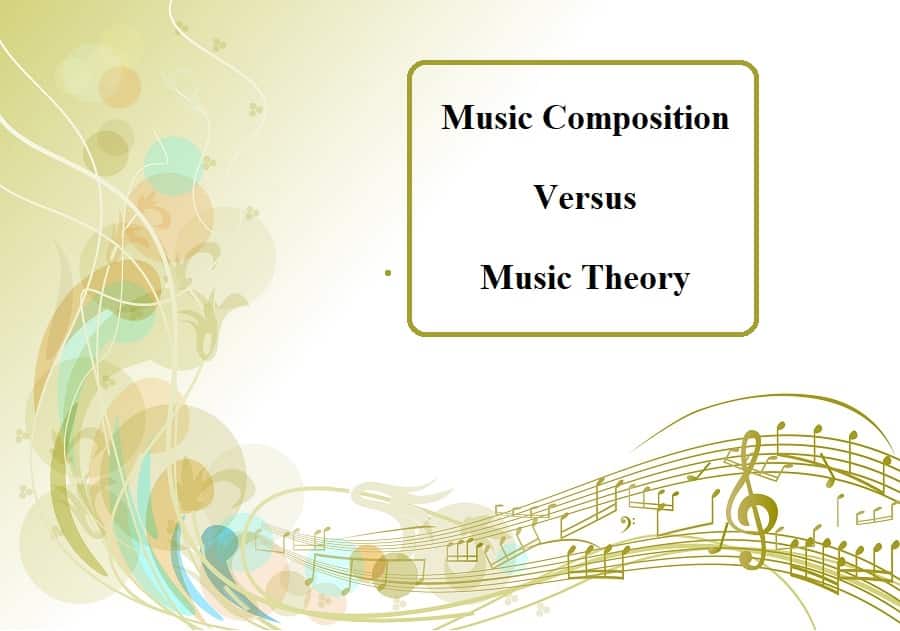 Dr Justin Wildridge - Sep 11, 2019
Are these two areas of music completely separate, or are they impossible to untangle? Is it possible to compose without any knowledge of music...