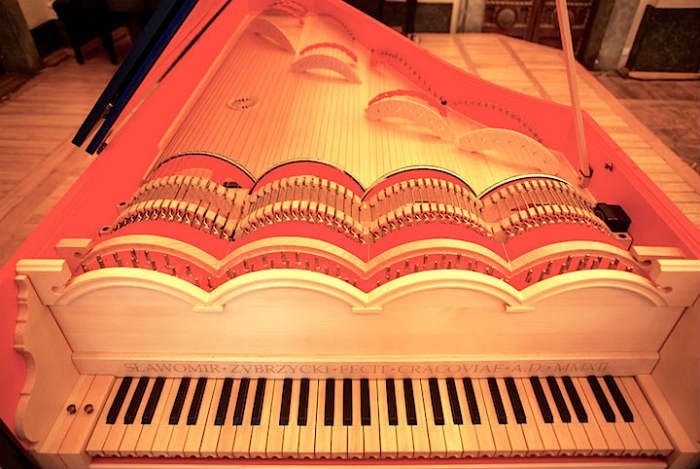 The Codex Atlanticus contains a plethora of interesting drawings by Leonardo Da Vinci: in it, the painter/engineer/genius/renaissance man drafted parachutes, hydraulic pumps and all sorts of inventions, while also fashioning preparatory sketches for his paintings.

Among the conceptualizations of his inventions is the Viola Organista, an instrument that uses a friction belt to vibrate individual strings that can be selected by pressing determinate keys on a keyboard.

Throughout his life, Leonardo designed many models of the Viola Organista, with the first one working thanks to a mechanical bow traveling sideways, the second with a rotating wheel. Both of those concepts, however, were eventually abandoned in favor of a third one combining the previous two: it required the use of one or more wheels each pulling a looping bow: pressing the keys would cause the strings to be pushed into the bow.

Even though we are unable to determine whether Leonardo ever built a viola organista himself, a similar instrument, which went by the name of Geigenwerk, saw the light in 1575 by German inventor Hans Haiden and, in the nineteenth century, that instrument was by then known as Streichklavier.

In 2009, Polish pianist and composer Sławomir Zubrzycki started rebuilding Da Vinci’s instrument. ’He completed it four years, or, if you prefer, 5000 hours later, and now he holds concerts for the Viola Organista. “This instrument has the characteristics of three we know: the harpsichord, the organ and the viola da gamba,” he told the Sydney Morning Herald. It took him more than 5,000 hours to make Da Vinci’s design come to life.

What startled us by listening to Zubrzycki’s performance is that the Viola Organista sounds like a small ensemble rather than a single instrument but hey, this is Leonardo’s invention, so we should all expect some degree of unexpected greatness. 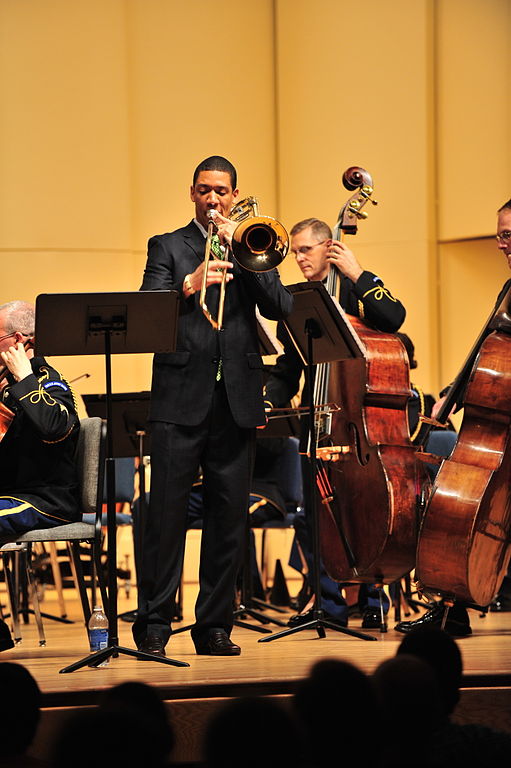