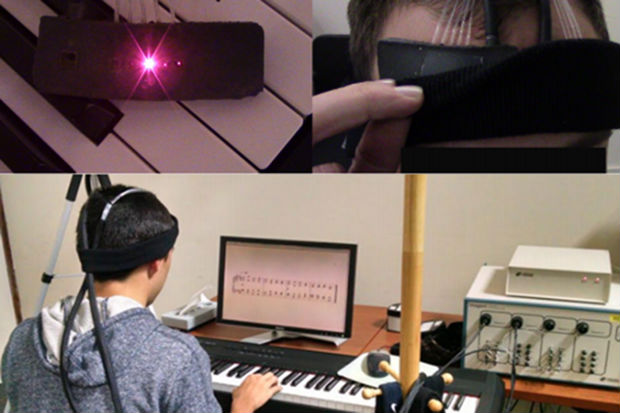 Two scientists have designed a computer programme capable of assisting students in learning a piece of music, according to the results of an experiment they conducted with 16 pianists.

Appropriately known as BACh (Brain automated chorales), the computer was developed by Beste Yuksel and Robert Jacob. It uses sensors to determine the levels of oxygen in a player’s brain, a sign of how active the brain is. When the pianist’s brain is not working too hard, the computer offers a new line of music to learn, avoiding overloading the player with information. This is based on the idea that humans only have a limited amount of working memory.

The pianists had to learn one chorale by J.S. Bach with the assistance of the computer, and another without. BACh worked by starting on the soprano line, before adding the bass once it had been mastered. Alto and tenor parts were subsequently included.

BACh made a noticeable difference, especially among pianists who categorised themselves as beginners. As well as playing the piece faster and more accurately after 15 minutes of practice with BACh than when they learned alone, musicians also subjectively reported feeling they had played the pieces better.

The device will be displayed at an upcoming conference in May, and it is hoped that the technology could be used for learning much more than music. Other areas that could possibly benefit include foreign languages and engineering.

If you want to find out more about BACh, you can read the full study, entitled “Learn piano with BACh: an adaptive learning interface that adjusts task difficulty based on brain state.”