Hands shaking, heart racing, a feeling of self-doubt, memory slips and inability to focus, you know the drill. These are some of the most common symptoms of performance anxiety.

In an era of more open conversations about mental illness, stage fright and performance anxiety are all too often an elephant in the room for performers. They talk about it here and there, yet it is an issue that is seldom addressed thoroughly.

Bananas, chamomile, scotch or a simple guided breathing session are overshadowed by  pharmacological solutions: when it comes to fighting stage fright, musicians have reportedly turned to beta blockers, originally a high-blood pressure treatment that can allegedly keep stage fright at bay as a side effect. A popular solution since the 1970s, beta blockers have even been known to put those who don’t use it “at a competitive disadvantage.”

The documentary Composed offers an insight into this world. Directed and produced by percussionist John Beder, the project took off thanks to a conversation he had with a friend about beta blockers, which, in turn, led him to reminisce about his stage fright-ridden college days (he studied percussion performance at Boston University).    “My hands would shake, my heart would race, and extreme doubt filled my mind about how I may or may not perform as I did in the practice room,” Beder writes in an email. “It was strange how I’d forgotten, or blocked, these memories and was intrigued by the idea of discussing it in a film.”

Originally, Composed was supposed to deal exclusively with beta-blockers and with how they were perceived within the music community, given that a reported 72% of musicians admit to having used them. During the back-and-forth correspondence with Beder, I learned that some may view them as a tool, a crutch and a way of “cheating.” Hence, given the stigma beta blockers carry, Beder proceeded with caution: he did not want to make anyone feel ashamed about it, but wanted to encourage dialogue about the issue.

While developing the documentary, Beder broadened his scope, trying to trace the root cause of performance anxiety itself, investigating the difference of practicing vs. performing, music education, deep learning and preparation, fight or flight, the audition experience, perfectionism and how hard musicians are on themselves. A series of infographics published on composeddocumentary.com offer quite a detailed picture.

In conversation, he also addressed the complex feelings associated with competing against your friends given how tight-knit the community is: back in 2006, he and his roommate from Boston University both auditioned for the principal percussionist position for the Louisiana Philharmonic, and they even roomed together in Louisiana while practicing in close proximity. During the audition, Beder was overcome with anxiety, while his friend delivered a stellar performance and won the position.

“Musicians often create their social circles within the music community which in many cases makes for better music making,” he explained. “When faced against one another in an audition there’s often an inner turmoil of wanting to encourage your friends while secretly hoping the panel will favor your performance.”

In the two years it took Beder to produce Composed, 61 musicians gave interviews for the documentary, even though not all of them made the final cut. His inquiries were generally met with gratitude. “I wish we talked about this more” was a common response he got from fellow musicians.

During this period of time, Beder faced more pressure than he expected but also had an enlightening learning experience. “The process of making a film in fact is not all that different from making music. We both work diligently on our craft in the hopes of sharing a story that we love and that we hope others will enjoy as well,” he said. 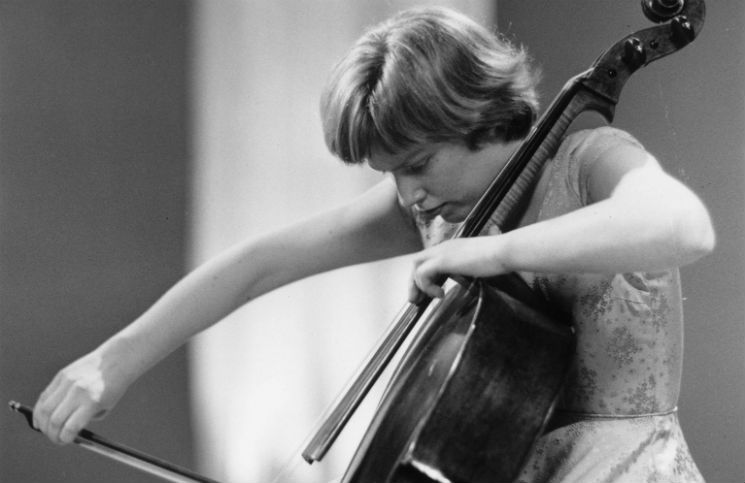 CMUSE - Aug 13, 2014
Jacqueline du Pré is arguably the greatest talent to ever play the cello. She combined mind, heart, body and soul to produce the most...