Joshua Bell is one of the most famous violinists nowadays. He is a Grammy Award-winning conductor and violinist born in Bloomington, Indiana, United States. At the age of 4, he started taking violin lessons. He studied violin under Donna Bricht and later under Mimi Zweig. After this, he switched to the violinist Josef Gingold.

When he was 14, he performed as a soloist with the Philadelphia Orchestra that was conducted by Riccardo Muti. Bell studied violin from the Indian University Jacobs School of Music. He made his debut in the Carnegie Hall in 1985 with St. Louis Symphony.

Take a look at the outstanding gigs of Bell.

One of the recent performance by Joshua was at the Verbier Festival 2016. The event was held in the Salle des Combins, Verbier, Switzerland. The festival was on 6th August 2016. He performed Saint Saens Violin Concerto No. 3 in B minor. He played along the Verbier Festival Junior Orchestra.

The music was conducted by famous Joshua Weilerstein. He lit the stage by showcasing his outstanding violin skills. The audience got involved and moved to every note of the violin. There were joy, excitement, and cheers all around the venue. The best part of the performance was when the audience joined in and they were chanting for once more.

2Live at the Verbier Festival

One of the best performances by Joshua Bell was at the Verbier Festival 2015. The concert was held in Switzerland. At this performance, Joshua Bell showcased his exceptional violin skills. He played the Bruch Violin Concerto No. 1 very well.

Bell performs enthusiastically, so his audience can have a great time. The audience was touched and spellbound by his extraordinary skills. The coordination was excellent and the sound produced was very clear and bright.

Another amazing performance by Joshua was at the Proms in London in 2013. He performed PyotrIlyich Tchaikovsky Violin Concerto in D major, Op 35. Joshua played the Allegro moderato, Canzonetta: Andante and Finale: Allegro vivacissimo. Bell collaborated with the National Youth Orchestra of the United States of America.

The conductor was Valery Gergiev who coordinated all the instruments in a remarkable way. The award-winning violinist performed eagerly making the audience excited. This unforgettable performance of Joshua mesmerized the audience. The arrangement was excellent, from lighting to music to stage arrangement.

In a live concert at the DeLaMar Theater in Amsterdam, Joshua played Bach’ s Chaconne. This was the final movement from the Violin Partita 2 in D minor. For his performance, he used the 1713 Huberman Stradivarius violin. He performed with Sigmund Rolat and Rob Riemen in 2014.

This music was featured in a documentary “The Return of the Violin”. The concert was amazing as Joshua displayed his violin skills well. He performed magically that left the audience emotional and heartfelt.

The music was loud and bright creating an exciting atmosphere. The arrangement was perfect, the lighting was good, and the sound was amazing. At the end, the audience was left wanting to see more of his extraordinary skills.

Another great performance was given by Bell at the Oslo Concert Hall on 24th November 2011. He played the Jean Sibelius’ Violin Concerto in D Minor, Op 47. He performed 3 movements Allegro moderato, Adagio di molto and Allegro, ma nontanto.  For this concert, he worked together with Oslo Filharmoniske Orchestra.

The Conductor was VasilyPetrenko who coordinated extremely well. The Concertmaster was Elsie Batnes. In this performance, he displayed his outstanding skills that left everyone mesmerized. He kept everyone entertained and made sure everyone had the best time. The audience was swaying on his music.

Joshua performed at the Nobel Prize concert in Stockholm in 2010. This concert was in the honor of Nobel Laureates. He lit the stage with his dazzling performance on Tchaikovsky’s Violin Concerto. The music was well coordinated that left everyone mesmerized. This was one of the best and unforgettable performances by Joshua. His enthusiast performance was remarkable. He collaborated with the Royal Stockholm Philharmonic. The conductor SakariOramo was fantastic as the music was outstanding.

In 2010, the Joshua Bell played the PyotrIlyich Tchaikovsky Violin Concerto in D major, Op 35. The event was held at Stockholm Concert Hall in Sweden. He performed all the 3 movements, from Allegro moderato to Finale: Allegro vivacissimo.

The conductor of for this concert was SakariOramo. Joshua worked with the Royal Stockholm Philharmonic Orchestra. They presented amazing music for the audience to enjoy. Joshua showed his remarkable skills that left everyone awe-struck.

8Live At The Metro Station

In 2007, Joshua Bell surprised his fans by making an appearance and performing live in D.C. One of the greatest violinists captivated the attention of the audience at the Metro stop. He took this opportunity for the Gene Weingarten’s story. He showcased his exceptional skills to his fans during the rush hour.

The whole Metro Station was mesmerized and awe-struck. He created magical music that left the audience swaying on the notes of the violin. His performance was remarkable and made everyone’s day.

In the end, Joshua has performed in various countries with many orchestras. He gives an exciting and enthusiastic performance that entertains the audience. In 2011, Joshua was named as the Music Director of the Academy of St. Martin in the Fields.

It was in 2017 when Bell and the orchestra won the 2017 Helpmann Award for the Best Individual Classical Music Performance. Joshua has starred in the song “Before My Time” along with Scarlett Johansson. Joshua Bell is no doubt a legendary violinist. 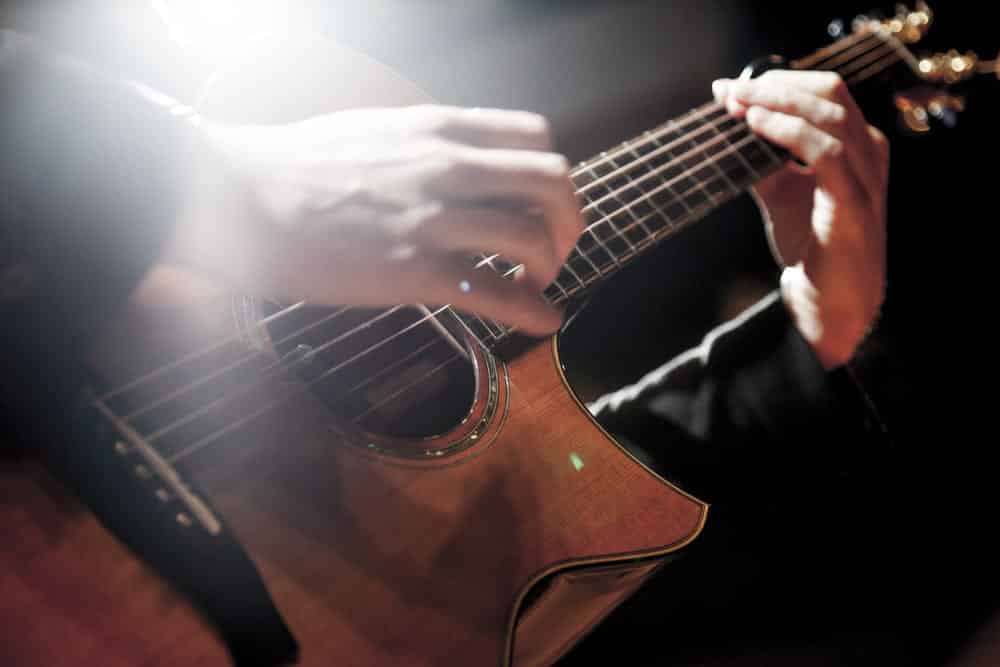