When Monk & Canatella broke into the music scene in 1996, they brought a new slice to the evolving genre of alternative rock. Cultivating what became the trip-hop and breakbeat avenues within alternative music, they would lay a foundation for experimental music for the next several decades from the lyrical and songwriting style of frontman Jim Johnston.

Now nearly twenty years later, Johnston continues to adapt his take on alt-rock with a solo album After All The Wishing. Infusing sound textures that recall the Cure, Iggy Pop, and early U2, After All The Wishing lures you in with the intrigue of a mysterious stranger who seems familiar yet unknown, with Tokyo Fix as the strongest song of the album.

Officer Paranoid illustrates this perfectly through a Talking Heads meets the Beatles display of straight rock. Count Your Coppers, the promoted single, dives into a somewhat strange realm, like a Moulin Rouge of rock, where the players seem to be up to something other than the ordinary. My Schizoid Fairytale is exactly as implied and perhaps even better from a grunge/alt-rock tune to the core of the genre taking you on a trip through rhythm and instrumental layerings like an Alice In Wonderland adventure.

After All The Wishing is a strong solo release from Johnston but not for all fans of alt-rock. An overuse of dialogue on individual songs can turn some away from the album as a whole, though there are plenty of very well-done tracks to make fans of his previous work and those new to the offering engaged and drawn in. The new album will be released on the 30th March and you can pre-order here.

After All The Wishing… Album Preview from Jim Johnston on Vimeo. 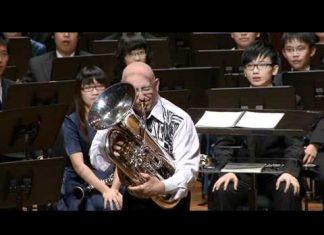 CMUSE - May 24, 2016
Steven Mead is an English virtuoso euphonium soloist and teacher who has played an important role in achieving worldwide recognition of the instrument. His concerts...

Live at the Jazz Standard, NYC: Still Dreaming – with Joshua...