If we compare these two genres of music purely in historic terms, then Classical piano music can be considered to stretch back several hundred years to the first developments of the instrument by the Italian Bartolomeo Cristofori. This places the beginnings of Classical piano to around the start of the 18th century.

Jazz, on the other hand, steps back in time a more modest hundred and fifty years to the advent of The Blues. What this does not mean, however, is that the repertoire of one genre is greater than that of the other. What is highlights is the difference in style between the two genres rather than just a statistical summary of the number of compositions.

Classical Piano repertoire includes a huge variety of different types of music. On a large scale, there are the piano concertos that were composed, especially in the Romantic Era, as a showcase for the technical capacity of the pianist. They were a vehicle for significant evolutions in musical form as well as developments of the piano itself. From the five-octave pianos of Mozart’s time through to the seven and a quarter octave concert grand pianos of Rachmaninov’s time. The familiar three-movement concerto of the Classical era progressing into single-movement structures with intricate motivic links.

The Piano Sonata became an immensely popular musical form that began in the Classical Era and to an extent has continued through to today in the Sonatas of John White. Beethoven’s 32 Piano Sonatas the c drastically changed the concept of a sonata from the work of Haydn and Mozart into a uniquely intimate form of expression and demonstration of pianistic and compositional skill. This perhaps provides the closet link to jazz piano of the 1920s in as much as the sonata is composed for a solo instrument only, without accompaniment.

Looking at what can be thought of like the early jazz piano pieces we find the Rags of Scott Joplin that appeared at the turn of the 20th Century. These delightful pieces combined the syncopated rhythms of the black American musicians with the stiffer march-like music of the white American musician. The result was compelling Rag. What we find as we trace the piano’s jazz lineage further is the emergence of the solo pianist who played the bars and clubs of Chicago and New York in the 1920s and 30s, filling in as it were, for entire bands. This was due to cost and probably available space.

These remarkable pianists like Fats Waller developed a style of playing that was called ‘stride’. This in practical terms meant playing bass notes, striding to lefthand chords whilst the righthand played chords and melody. The effect was to ‘play all the parts’ you would commonly hear in a live jazz band, but just on solo piano. This style of playing requires huge levels of technical fluency, especially at the speed of performance that many of these players could deliver.

Jazz piano was fully established by this point in its musical history and continued to feature through the Big Band music of Duke Ellington, Count Basie and notably Teddy Wilson. The piano often took more of a back seat in the big bands but rose to the musical foreground again as bebop began to gain in popularity towards the end of the 1940s.

Like the virtuosic concertos of Liszt, Tchaikovsky, Rachmaninov, and Chopin, to name a few, the bebop era in jazz witnessed some of the most imaginative, displays of technical prowess and invention in music. The remarkable difference here between jazz and classical music is that the jazz performer created their improvisations spontaneously every night whereas the pianists playing the works of the Romantic composers were performing the ideas of others. This is not to remove the credit to classical players who wrote their own cadenzas for these concertos but the fact that the jazz players improvised something different night after night still stands out to me as remarkable.

Techniques for playing either classical and jazz piano are quite different. The use of the sustain pedal, for example in jazz, is sparse. Pianists use it to hold larger chords or possible sustain a phrase but frequently abandon it altogether in improvised passages or even when playing stride. The classical pianist uses the pedal for colour and effect that is regularly marked in by the composer.

Some would argue that the classical pianist needs a greater degree of nuance and colour as the music they play has greater depth and meaning. Others might claim that the jazz pianist outstrips the classical pianist as the options in jazz are limited only to the performer’s imagination, not dictated to by the composer’s notes. This, in turn, demands a far more developed technique and understanding of the music than that of a classical performer.

The fundamental need to interpret music through both experience of the style and solid technique is unquestionable for both genres of music. What also connects the performers of both genres is perhaps the desire to further or develop what that style of music means intending to push the evolution of music forward.

As both a classical and jazz pianist, I have often pondered whether, in fact, the prescribed nature of many classical pieces restricts the musical outcome; and that with jazz, in terms of a jazz standard tune, for example, the options are so wide the outcome will necessarily be more imaginative. If you choose to play Mozart’s 21st Piano Concerto, you can interpret the music in your way but if you ignore the conventions that surround that style of music and the numerous already recorded performances by established and well-respected pianists, are you not at risk of just being heard as ridiculous if you move too far away from the norm?

If as a jazz pianist you select a standard like ‘How High The Moon’, you are far less likely to be critically slammed for what may be heard as a radical interpretation, even if you have strayed quite a distance from the original. Here for me, is the crux of the discussion, but I would be intrigued to hear how you view this thought. 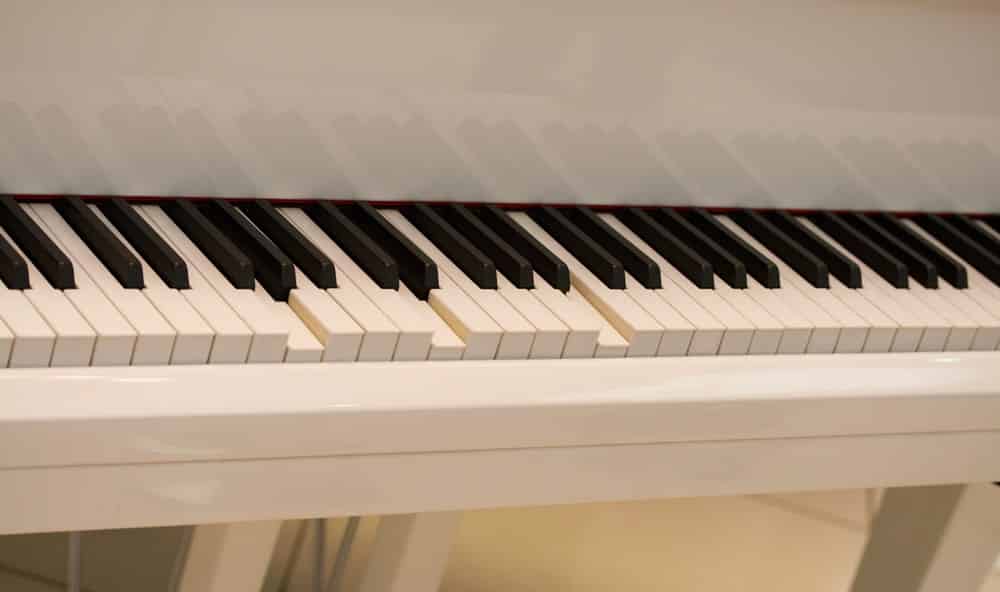 Taylor vs Guild Guitars Comparison – Which One Is Better?