Every coin has a heads and a tails, or at least it has two sides. Stories operate this way too, at least to Dillon Hodges, the musical prodigy who calls himself firekid. The moniker works as an alias for the songwriter’s exploration of bluegrass and country textures. This exploration is further illustrated in the premier video release of his song Magic Mountain.

“The song is an introduction to the firekid project,” Hodges told Paste Magazine in a recent interview. “It represents the message of the album that every story has two sides. As an artist, I always want to explore what’s on the other side.”

The southern songwriter hails from Mussel Shoals, AL where much of the video was shot. The video itself highlights the richness of exploration, with the subtle hints of bluegrass sprinkled into the mostly country-rock textures of the firekid songwriting. Magic Mountain marks the first single released on this project. 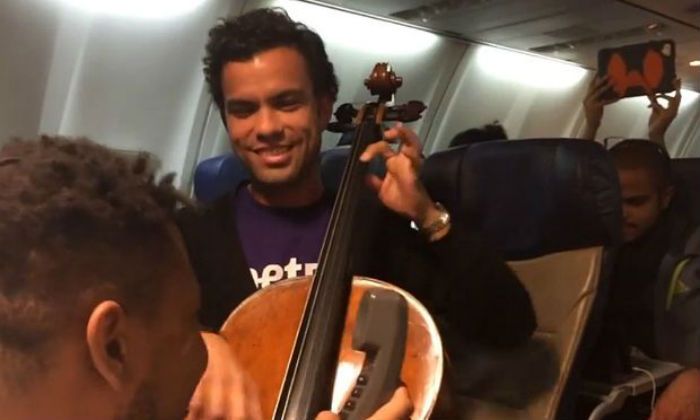 CMUSE - Oct 29, 2014
During a Southwest Airlines flight, cellist Francisco Vila and a beatboxing flight attendant known as Maximillian performed the Prelude to Bach's Cello Suite No. 1,...

How Hard Is It to Learn Banjo? (Beginners’ Challenges and Useful...