This is a question I have often been asked by students of all ages. The simple answer for the modern piano is 88 but this is not always the case. In this article, I will examine the ins and outs of the piano keyboard to try and establish why it is that we have decided on a definitive quantity of keys and whether there may be developments in the future that will cause us to rethink our current number.

How Many Keys On A Piano – The Piano History

Let’s take a short trip back through the history of the piano in order to discover perhaps why it is that we have landed on the magic 88 keys for our pianos today. If we step back to the 17th century and the world of Bach, Handel and Vivaldi, the piano did not exist.

Instead, the keyboard of the day could really be considered to be the harpsichord. This instrument had a varying range with the shortest being just over four octaves and the longest at around five octaves (F1 – F6). There were ‘variations’ on the harpsichord with other instruments like the Virginal and the Spinet that were essentially smaller versions of the grander harpsichord.

On brief a technical note, the main difference between the harpsichord and the early piano was not so much the number of keys but the way in which the sound was produced. The piano has ‘hammers’ that strike the string(s) to sound the pitch when the key is played whereas the harpsichord ‘plucks’ the string when the key is played. The resulting sound is quite different and starkly distinguishes the two keyboard instruments. This is also important to consider when thinking about the dynamic range of the harpsichord as this method of producing the sound in many ways limited this option which in turn led to the rise of the piano.

The humble beginnings of the modern piano are credited to a man called Bartolomeo Cristofori (1655-1731) who was born in Padua in Italy. It is thought that the first attempt he made at building a piano was towards the end of the 17th century. It is likely that these instruments were quite different from the ones we play today in their construction and robustness and probably had a limited range of five octaves; or 60 keys. Bach was said to have tried and destroyed one of the early pianos with an axe but he felt more benevolent towards later versions of the instrument.

By the time of Mozart and Haydn, the piano has all but replaced the beleaguered harpsichord. Manufacturers such as Broadwood and Stein began the piano revolution producing instruments of consistent quality that met the increasing demands of the composers of the time. These instruments as we move closer to the Beethovian period of music developed from 60 to 72; closer to six octaves.

Wooden frames were eventually replaced with cast iron ones, making the entire instrument far more robust and able to stay in tune. By the time composers like Chopin and Liszt were alive their music was being performed and composed on pianos of seven and a quarter octaves, or 88 keys. By 1880, Steinway had produced an 88 key piano. These pianos we would recognise as almost identical in appearance to the ones we play on today.

With 88 keys and over seven octaves in range to work with, composers had at their disposal an impressive instrument capable of immense subtleties of expression and dynamic contrast. It is often mentioned that extending the range further would not only make the instrument awkward to play but place some pitches outside the comfortable range of human hearing. That said, piano manufacturers have done exactly that and made pianos that stretch beyond the usual limits of the instrument.

Stuart & Sons now produce a piano with 108 keys that extends both the treble and bass range of the instrument. They seem ambitious to pursue their dreams of making ever bigger pianos and are unlikely to stop at this. Bösendorfer also make a 92 key piano called the Grand Piano 225 that has its bass notes taken down to a very low F. Bösendorfer claim that the addition of these extra notes makes the piano more resonant and “enriches the tonal volume”.

Alongside the more traditional acoustic pianos, electric pianos have emerged. In 1949 Rhodes manufactured the “pre-piano” which was an instrument of around four octaves, (48 keys), that was designed for beginner pianists to learn on before moving to the full-sized instrument. In the 1960’s cam the now famous Fender Rhodes Mark One electric pianos.

These pianos were made with 73 keys and produced a sound similar to that of a vibraphone. They were extremely popular and Rhodes continued to manufacture these instruments until 1984 with the Mark 5 Stage plus MIDI. Rhodes electric pianos have traditionally always been made with 73 keys and used extensively in the Jazz and Popular music genres.

Wurlitzer also made electric pianos from the 1950s and these instruments usually had 64 keys. Like their rival Rhodes, these instruments became very popular because of their portability and their facility to be used in the context of a rock, pop or jazz setting. The sound was piano-like but distinctive enough to be used in a way that the traditional piano could not be.

Finally, there have been other stranger additions to the world of pianos. Composers have driven the development of the piano as an instrument and as musical itself progressed so the ideas and ambitions of the composers did too. By the mid part of the 19th-century, composers were beginning to experiment with tunings that no longer adhered to the western division of the octave into twelve equal parts. What this meant was rethinking the octave and dividing it, in some cases, into quarter-tones.

As far back as 1892, G.A Behrens-Senegalden had made a quarter-tone piano using two keyboards with the quarter-tone keys raised above the existing ones. Experimentation continued until 1924 when a quarter-tone piano was manufactured by Haba and Vyschnegradsky which really amounted to a ‘double’ piano with 176 keys. Where will it end? 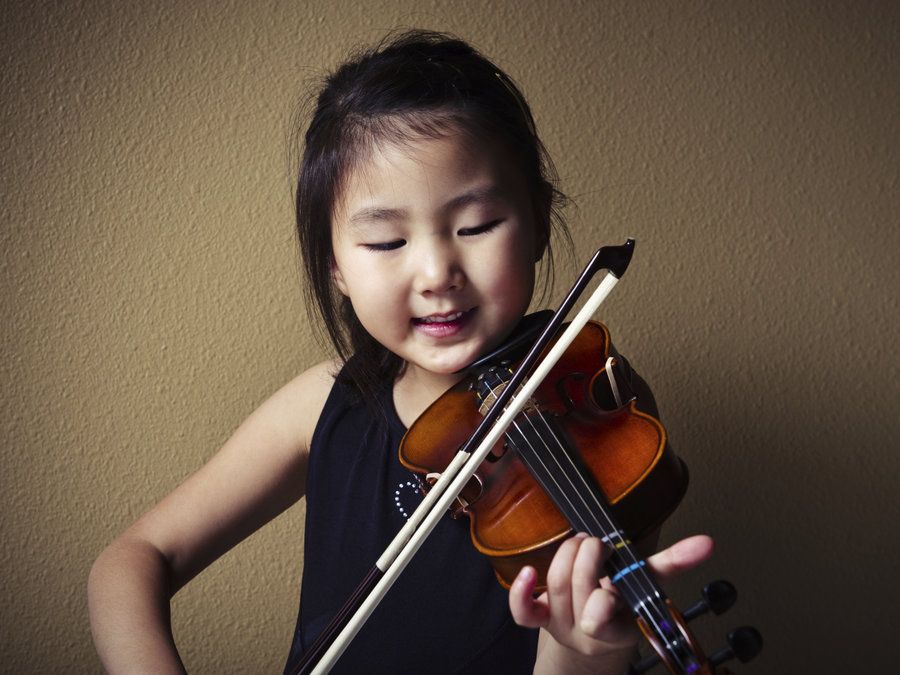 D Grant Smith - Nov 27, 2014
Many children have a hard time sitting still for very long if not engaged in something. This is true even with learning something new,...

Swiss orchestra says it will fight on after funding cut